Elliott Lusk grew up in Normal. He remembers when Waiting Room Records, the store where he works, was in a part of town known as Downtown. It’s since been rebranded as Uptown.

He thinks maybe they were trying to appeal to the Chicago-ites, many of whom come down here to go to Illinois State. There’s now even a fancy Chicago-style hot dog place, Portillo’s, that’s opened up around here.

Elliott goes to Illinois State, too. He graduated with a degree in biology and now he’s enrolled in a master’s program, studying birds and environmental stressors on them. He’ll be a teaching assistant this semester. His parents also are instructors: his mom teaching a few classes on childhood development at Illinois State this semester and his dad, a psychologist, teaching a course at Illinois Wesleyan, in Bloomington.

His grandparents set aside money in a college fund for him and his sister. They’re farmers who, until they recently retired, owned Pumpkin Works, a place that Elliott called a Halloween entertainment farm. They ran a hay ride and built a maze, experimenting with tall-growing soybeans, and grew pumpkins, squash, strawberries, and sometimes corn, too.

Their support helped him with college. His sister took a different path. She went to school to be a flight attendant, worked on a cruise ship for a while, and now is employed by a hotel in the Northwest.

Elliott says he wishes society valued those kinds of career paths more, those that don’t run through a university. He’s worked in the food industry since he was 15 and seen how being in a short-order environment, for example, can train people in ways that classes never could.

“College 100 percent isn’t for everybody,” he says. “There are other ways to learn.” 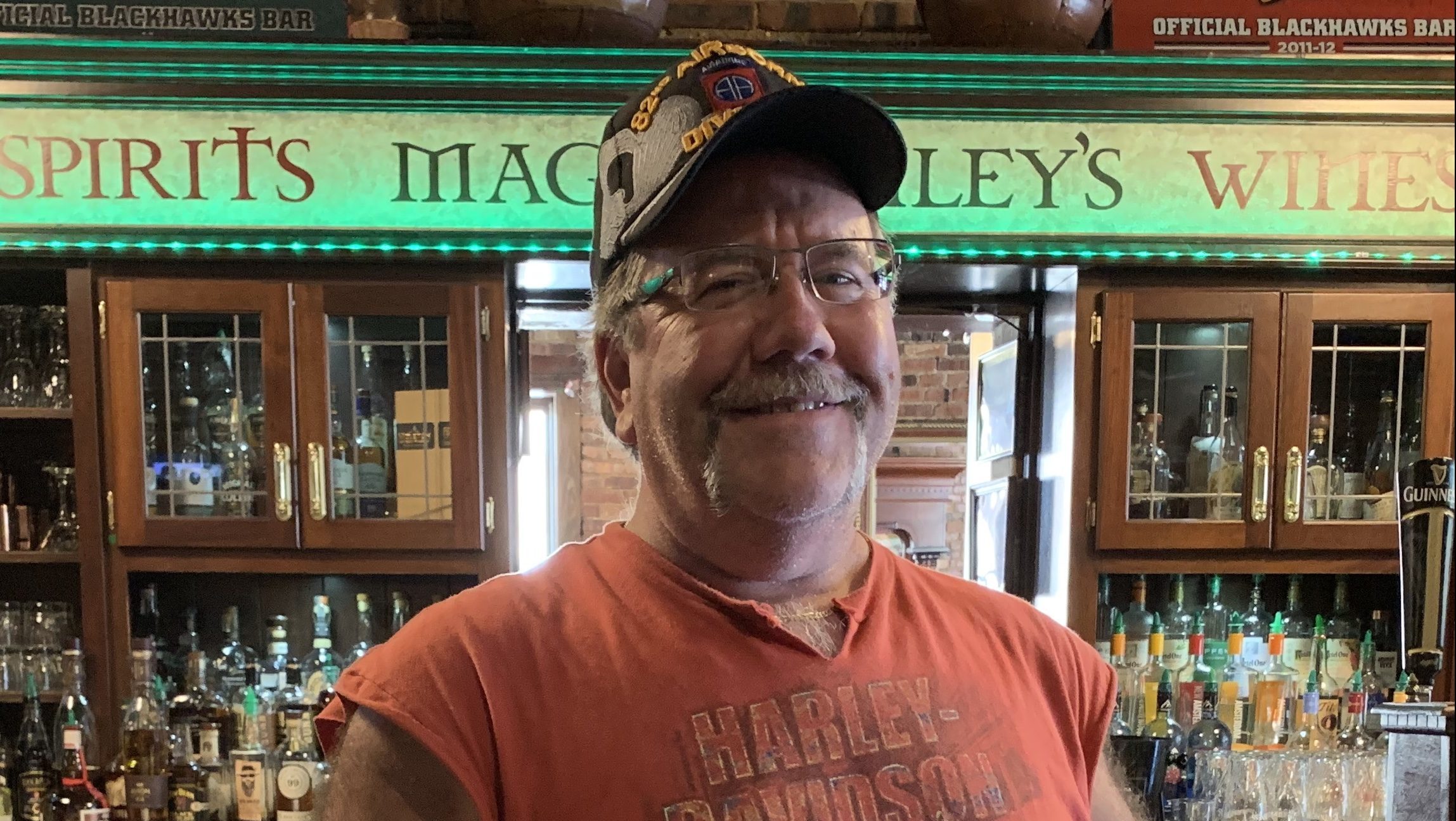