On the Other Side

Higher Ed and the Public Good

In the thick of everything — as unemployment skyrockets, death tolls rise, and all of us confront everyday life upended — it can be hard (and scary) to even think about the other side of this. About where the pandemic will leave us and what it will take to start putting everything back together.

It’s going to be incredibly hard, obviously. And higher ed will have some big shoes to fill in the process.

Greenstein’s tweet summons a very public, collective purpose for higher education. Over time, shifting budgets and societal sentiment have weakened that, turning it into more of a private good.

In the majority of states, for example, tuition and fees now make up more of public colleges’ revenues than state appropriations.

Looking ahead, that’s one thing that most worries David Tandberg, vice president for policy research and strategic initiatives at the State Higher Education Executive Officers Association. That the public role of higher ed could be further diminished.

Partly, he’s worried about where we’re starting from.

The national recovery from the Great Recession hasn’t translated into significant increases in state spending on higher education, which is still below pre-recession levels in many places. The middle class hasn’t fully recovered. A strong anti-tax bias remains.

“So,” Tandberg says, “we’re not coming into this from a really strong foothold.”

And now, he says, the financial hit that’s coming is going to be even harder for higher ed. The Great Recession created a revenue problem for colleges. But the pandemic is creating both a revenue and a cost problem.

Here’s what he means: In 2008, colleges suffered because state revenues plummeted and endowment values dropped. That’s starting to happen now, too. (New Jersey’s governor already announced this week that he’s putting nearly $1 billion of planned spending, including more than $80 million for colleges, in reserve.)

But now, colleges also face huge new costs because of the pandemic. They’re issuing refunds on room and board, they’re losing money from events, they’re increasing spending on technology. And enrollments might take a significant hit.

Haves and Have Nots

That brings us to Tandberg’s worries about the public good. Against this backdrop, he’s especially concerned about the financial health of one set of institutions — public, regionally oriented colleges. They just don’t have many levers, he says, to respond to withering state budgets.

Compared with research universities, they:

And regional publics tend to enroll large numbers of lower-income students. So the struggles these colleges face could, in turn, magnify the problems of access and affordability that also will grow as more families’ finances dwindle.

“We could see an accentuation,” Tandberg says, “of the haves and the have nots.”

There’s a story about Clark Kerr — the legendary higher education leader and former president of the University of California — that serves to illustrate the durability of higher ed’s role in society. Michael Drake, the president of Ohio State University, told it this week at the end of a virtual forum held by The Chronicle of Higher Education.

In the 1990s, Kerr examined which institutions that were founded before 1520 were still doing much the same things, in the same places, under the same names as when they were started. Of the 75 he counted as being in that category (including entities like the Catholic Church and the Royal Mint), about 60 were universities.

Others have talked about this durability, too. Edward Shils, a sociologist at the University of Chicago, once put it this way:

“The universities cost immense sums of money, their achievements cannot be measured in any clear and reliable way, many persons fail in them, and they certainly do not accomplish the solution of economic and social problems which some expect of them. Nevertheless, these societies cling to them. … These societies cling to them because, in the last analysis, they are their last best hope for a transfigured existence.”

We’re teaming up with college journalists to tell stories of students, parents, and others who are navigating changes after campuses suddenly closed. See the full collection here.

This week, read about:

Zipporah Osei, who writes our First Gen newsletter, wants to hear from first-generation college students who are navigating these uncertain times. She’s particularly interested in talking with incoming freshmen. How is all of this affecting your college plans? What are you weighing? What do you need from colleges right now? Reach out to her here.

How Can We Help?

What do you need during this time? What’s missing in the conversation? What other information would be useful? Let us know. And be well. 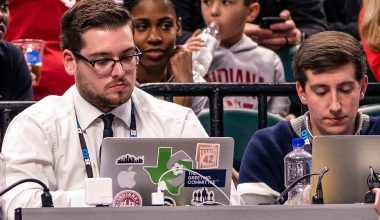 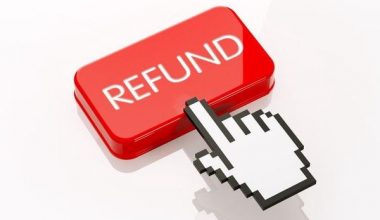 We started a new project back in June focused on covering the connections between education and work. It's a topic getting a lot of attention in public-policy circles but not one that's regularly covered on the ground. Here's what's struck us so far.

Race, plenty of Americans seem to think, plays a big role in who gets in. And a substantial portion see White people at a disadvantage.

The wealth gap between historically Black colleges and predominantly white ones is staggering. The top 10 richest universities have endowments totaling $200 billion. The 10 richest HBCUs? Just $2 billion. And the combined endowments for every single HBCU is just $3.9 billion.

Colleges underestimate the non-tuition costs of college and overestimate how much financial-aid students will eventually get, a new report says.
Back to top