Wenting Ao has spent the last two months worrying about her parents.

A senior communications major at Temple University, Wenting had just returned to the United States when she picked up a newspaper to learn that her home country was being devastated by a novel virus. Some of its cities were being closed down.

She spoke to her mother every day. “I told my parents to go home and not step outside if not necessary.”

Wenting bought some masks and tried to ship them to China. Her mom had sent most of the face masks she had to help relatives who didn’t have them and were not allowed to go outside without them.

But Wenting was not allowed to ship the masks she bought from the United States. She was frustrated.

Now, the roles are reversed. She is stuck in America, where the virus is worsening. Her parents have returned to their routines.

Wenting’s classes have been moved online. She’s staying put in housing for international students near Temple.

Her parents have suggested that she return to China. But Wenting thinks travel is too risky, she worries about getting infected on a flight. She’s decided it is best to stay here for now.

“I feel kind of lonely, especially after seeing some of my friends already went back to China,” she says. “I also want to go home soon.”

For Wenting and her parents, the virus has required them to care for one another, nearly 8,000 miles apart. 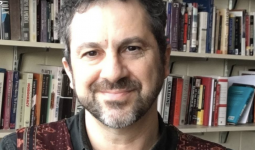 The professor always knew that some of his students were financially insecure, but the pandemic has made it plain. 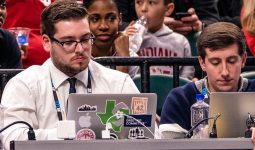 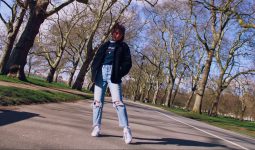 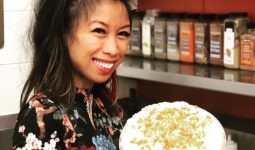