A Glimpse at a For-Profit Rebound?

This spring hasn’t brought a lot of good news for higher education. The pandemic has thrown everything up in the air, blown giant holes in nearly every college’s budget, and threatens the survival of numerous institutions. But buried in federal data is an indicator that at least one part of the system might be surging — for-profit colleges.

A new report from The Century Foundation found that at the end of March student borrowing was up 7 percent at for-profit colleges, the first year-over-year increase since 2010.

Robert Shireman, a former Education Department official under President Obama and now a fellow at The Century Foundation who wrote the analysis, thinks it’s a combination of factors — the friendlier Ed Department under Betsy DeVos is helping; plus we may be seeing the first glimpses of a for-profit sector that is quicker to take advantage of the economic downturn.

“They’re closer to what they were like in the early 2000s,” Shireman says of for-profit colleges. “And they are starting to salivate over a return.”

“For profit colleges have a long history of preying on populations that have been beaten down by society,” Shireman says, “where they’ve been told they’ve failed to take advantage of opportunities. … African-Americans, in particular, have learned that they need to be more qualified, need to have advanced degrees, so that makes them prey for these type of colleges.”

The numbers aren’t a little out of whack — they’re wildly different. (For instance: more than 1 out of 4 black women in graduate school goes to a for-profit institution; for white women, it’s just 1 in 12.)

The Urban Institute released a new report this month that looked creatively at not just the overall percentages but the difference between the demographics of a college’s geographic market and its enrollment. A couple of key findings:

It’s another reminder that, in America, black students experience a fundamentally different higher-ed system than whites do.

How Covid Threatens the Regional College

The budget cuts now looming in this pandemic economy are poised to have an especially big impact on one group of colleges: public campuses that are regionally oriented. About 40 percent of the nation’s college students attend one of these campuses.

Regional colleges are especially reliant on state funds, tend to have limited pools of students from which to recruit, and don’t have access to the kinds of large research grants or wealthy donors that big research universities do. (Compare, for example, the endowments of Adams State University and the University of Colorado at Boulder: $64,000 versus $1.6 billion.)

What the nation’s 430 public regionals do best, says Cecilia Orphan, an assistant professor of higher education at the University of Denver, is:

Orphan and three other researchers (from Appalachian State University, the University of North Carolina at Wilmington, and the University of Oklahoma) will be spending the next six months studying how Covid-19 is affecting rural colleges. Through a project, funded by the Joyce Foundation, they will quantify the colleges’ impact on their regions and the students they serve, examine the effects of budget cuts, and make policy recommendations. They also plan to create an Alliance for Research on Regional Colleges.

The role of rural and regional colleges has been ignored for too long, Orphan says, and they deserve more support. Here are three things she emphasizes:

Just how intertwined the colleges and their communities are. Regional colleges are often the largest employer. They tend to educate large numbers of local teachers and nurses. They focus their research on local problems. They serve as cultural centers, housing museums, offering performing arts, and preserving local historical archives.

But that’s not to say there aren’t tensions. Cultural divides sometimes develop when PhDs move in next to working-class residents, Orphan says. College presidents and their boards play critical roles in fostering healthy town-gown relations, but leaders can be hard to attract to rural colleges and hard to keep. Regional colleges need to be especially intentional about developing relationships with local residents, Orphan says. Those connections matter a lot more than they do in bigger towns and cities.

Regional colleges serve states in ways flagships don’t. Orphan tells the story of being at a conference in Oregon and hearing a state lawmaker question whether, at some point, it still made sense for his state to pay for a public university in some of its more rural regions. Then, she says, in almost the same breath, he went on to mention how many out-of-state students the University of Oregon was drawing.

Policymakers will look at regional colleges and focus on whether, and how much, enrollments are declining, she says. But they won’t think much about the contributions those colleges make to their communities or how shutting down those campuses would close off the only college options many of their citizens have. And, if places like the University of Oregon are serving more out-of-state students, Orphan adds, isn’t there a case to be made that maybe the state is overfunding the flagship?

Small businesses are counting on the return of students and football fans this fall. With the virus already resurging in some places, that’s no sure bet.

The university says it can’t shoulder all the financial burden of another COVID-19 closure. Students and parents say they can’t either.

Netflix CEO and Wife Give $120 Million to Historically Black Colleges

Netflix CEO Reed Hastings and his wife, Patty Quillin, are donating $120 million, with the funds being split among Morehouse and Spelman Colleges and the United Negro College Fund. 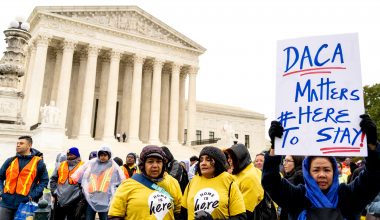 To one expert, prestige should be about distance traveled, and she doesn't mean in miles. It's about where do people start out and where do they end up.

The American Families Plan is one of the boldest domestic policy proposals in 50 years. How do you make sure it's good for students?

Several of Pennsylvania's regional colleges are facing existential threats. What the rest of the country might learn from what's happening there.

Dozens of people in Colorado and Pittsburgh shared their personal experiences with student debt. Borrowing for college can open up opportunities, their stories show, and it can narrow them, too.
Back to top