The Summer of Our Discontent

This is not the Fourth of July weekend we imagined back in the winter. Instead, it’s the beginning of, as Robert Kelchen explained this week on Twitter, “one of the worst months that American higher education has experienced in a long time.”

Kelchen’s an associate professor of higher education at Seton Hall University in New Jersey. Here are a couple of things to highlight from his generally depressing — if realistic — thread:

Colleges are in a tough spot. The calendar is getting compressed as families want to hear clear plans for the fall. But it’s a lot easier for a college to announce that it’s planning to be in-person than that it’s decided to be mostly online.

“The bad news is that I just don’t see a way that many classes can be in person in the fall. Colleges just need to make the announcement and hope that their peers don’t try to profit off them announcing just a little earlier.”

Students are clamoring to pay less for online classes, but in general colleges are going to charge the same tuition. The problem for many residential colleges is that a lot of the money they bring in isn’t in the form of tuition — it’s from things like room and board.

Residential colleges will take a devastating hit. Auxiliary revenues will go to near zero for another several months, resulting in layoffs–not just furloughs–of a lot of employees.

Kelchen made a handy spreadsheet about this a few weeks ago. Some places, especially smaller residential colleges, bring in more than 20 percent of their revenue from those types of sources.

(An aside: That Williams College announcement of a 15 percent price cut for next year to acknowledge students aren’t getting the full on-campus experience? It will put pressure on some others — Amherst, Swarthmore — to match it, but may also confuse families about what the average college can afford to do. Williams’ multi-billion-dollar endowment amounts to about $1.3-million per student. Even some well-positioned private universities have endowments that are, relatively, a fraction of that size — roughly $38,000 per student at Northeastern U., for example.)

If small colleges crumple under the financial pressure this summer, the damage will stretch past the edge of their campuses — starting with a lot of broken apartment leases and frustrated landlords.

These closures–whether for the fall or forever–will devastate their communities. These colleges are economic and cultural engines for rural America, and closures can further widen the already massive rural/urban divide.

We asked Kelchen what he’d be looking out for this month. Two things jumped to mind:

Will colleges get some of the liability protection they’re seeking? “I don’t know how many colleges would feel comfortable opening up residence halls and all classrooms without legal protections,” he told us.

How much will the NCAA shape decisions? “Some of the universities with big-time athletics may go online as soon as it’s clear that college football won’t be played.”

+ In his Next newsletter this week, Jeff Selingo looked at how hard it is for colleges to keep shifting their plans.

What has $6 billion accomplished? Who has been helped by the federal aid set aside for college students under the CARES Act? Who hasn’t? And how much of that money has actually been distributed so far?

A little more than three months after the law was enacted, we’re just starting to learn the answer to some of those questions.

One challenge, a recent report by a government watchdog agency found, has been the “evolving communications” from the U.S. Education Department to colleges about how the money can be handed out.

Most of the $6.3 billion has been awarded to the colleges, the U.S. Government Accountability Office report said. But the Education Department’s guidance — which first emphasized significant discretion in how colleges could award the money and then later added specific criteria, limiting the grants to students who are eligible for federal student aid — may have delayed colleges’ distribution of money to students.

The report, which broadly examined the federal government’s response to covid-19, noted that:

(For its part, the Education Department told the GAO that the report’s sections about the department’s actions were “inaccurate, flawed, incomplete, and unfair.” The GAO said that the department, though, did not identify any specific statement that was inaccurate.)

One barrier for getting money to students has been the Free Application for Federal Student Aid. The department’s guidance effectively requires students to fill out the Fafsa before they can receive the emergency aid, colleges say. And they worry that will limit the aid that ends up getting to some groups, like veterans and community-college students, who tend to be less likely to apply for federal student aid.

In Colorado, Metropolitan State University of Denver identified nearly 4,000 students who could be eligible for an emergency grant of $250 to $650 but who did not fill out the Fafsa, according to Jason Gonzales, who covers higher education for Chalkbeat Colorado, our partner newsroom.

The university emailed those students but still struggled to get them to fill out the paperwork: Only 81 of those 4,000 students have received the federal relief aid.

Colorado ranks 47th in the nation for the percentage of high-school students (43%) who complete the Fafsa, meaning students there already have left millions of dollars in college assistance on the table, Jason wrote. Now, it means fewer Colorado students are getting emergency relief that might allow them to stay in school.

International Students and Race in America

Few colleges pay specific attention to the gaps in international students’ awareness of race or to the culture shock they can experience at suddenly being viewed through a racial lens, Karin Fischer reported in a recent storyfor The Chronicle of Higher Education.

Of more than a dozen international students or graduates Karin spoke with, none could recall having substantive discussions of race as part of their international orientation. That, Karin wrote, could be a critical blind spot.

How can universities make this transition smoother and do a better job of preparing international students?

During a virtual coffee hour this week, Karin — who writes our latitude(s) newsletter — talked about how colleges could do better with Ivonne M. Garcia, chief diversity, equity, and inclusion officer at The College of Wooster; Kwame Gayle,a graduate student at Worcester State University who came to the U.S. from Jamaica; and May Lopez, a graduate student at Michigan State University who’s from Ecuador.

Here’s some of their advice:

In This Era of Protest Over Racism, Will Colleges Embrace Black Student Activists?
A 2018 study found that Black activist students were less likely to get a response to their college inquiries. A sociologist discusses whether the protests of 2020 will do anything to change that. (The Conversation)

‘We Could Be Feeling This for the Next Decade’: Virus Hits College Towns
Opening bars and bringing back football teams have led to new outbreaks. Communities that evolved around campuses face potentially existential losses in population, jobs and revenue. (The New York Times) 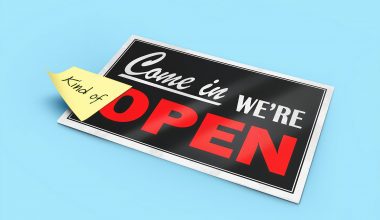 In times of crises, colleges can facilitate tough conversations, spur economic renewal, and attack systemic racism. But they also get in their own way.

There are risks to reopening but also risks to not bringing students back, especially if they're from communities at risk.

They know it will be weird. Here's what can help.