How to Educate International Students About Race

How colleges can do a better job on diversity education for international students. And new research shows stronger research collaborations between China and the U.S. post-covid.

When Abigail Smith was at an undergraduate at Randolph College, in Virginia, she was sometimes the only Black student in her courses, and her classmates would turn to her for the African American perspective. But Smith is Jamaican, and she felt put on the spot, asked to represent a culture that wasn’t her own.

Eventually, Abigail gained the language to talk about race and racial identity through studying sociology. But she never got that sort of diversity education in her international orientation or through other programming aimed specificially at students from overseas.

Her experience isn’t uncommon, as I write in the Chronicle of Higher Education. Few colleges offer diversity programming that accounts for the differences in foreign students’ backgrounds or experience with race, even as the number of international students on U.S. campuses has increased over the past decade.

But with the Black Lives Matter protests shining a spotlight, nationally and globally, on America’s struggles with race, that could change. Nearly 500 of you tuned in for a latitude(s) coffee hour on how colleges can do a better job talking with international students about race and racial identity. I was joined Ivonne M. Garcia, chief diversity, equity, and inclusion officer at The College of Wooster; Kwame Gayle, a graduate student at Worcester State University who came to the U.S. from Jamaica; and May Lopez, a graduate student at Michigan State University who’s from Ecuador.

Here are a few takeaways from our conversation:

Colleges should provide safe spaces for international students to talk about race so that they can ask questions they might be embarrassed to pose. “I’ve come to think of learning about being anti-racist the same way I think about learning a language,” May said. “I’m never going to be perfect at it, I’m going to continue to be corrected, and I’m going to keep trying.”

Don’t assume international students have no concept of race or have never experienced discrimination. What they may be lacking is the American context. Ivonne recommended drawing connections between their home countries and the U.S., talking, for example, about colorism or other potential forms of bias in their native cultures.

Connect with the broader community. Volunteering in the local community and working for a summer with Upward Bound helped expose May to new perspectives. Kwame said he wanted to understand the racial history not just of the U.S. but of St. Paul, home to Macalester College, where he got his bachelor’s degree.

It’s not solely the job of the international office to talk with international students about race. Colleges can take advantage of their institutional expertise — Kwame suggested inviting an American studies professor to talk about U.S. race relations during international-student orientation. Diversity education should be woven through the learning experience, not a one-off at orientation, the panelists agreed. Why not have students listen to the 1619 Project podcast, the New York Times’ look at America’s legacy of slavery, for English-comprehension practice, May said. Wooster has rethought its curriculum, requiring all students to take courses in categories that include global engagement and diversity, power, and privilege.

One thing that came through in the lively exchange between participants in the chat: People are hungry for information and guidance to take back to their own campuses. Here are a few resources, from my reporting and recommended by other international educators:

This list is just a starting point — please add to it with your suggestions. Send them to me at latitudesnews@gmail.com.

Likewise, both the Chronicle article and the webchat are a first take on a complex topic. I’m thinking about other ways to continue my reporting, from diving deep into particular pedagogical strategies to examining the different ways certain groups of international students think about race. Let me know what would be the most useful and the most interesting to you.

It seems like every other day brings a new low in Sino-American relations. Yet, when Jenny J. Lee, a professor of higher education at the University of Arizona, and John P. Haupt, a doctoral student there, examined covid-era trends in research collaborations they found a different — and much more positive — story. Between January and May, a greater share of science and engineering research publications on the coronavirus had authors from multiple countries compared to pre-pandemic scientific and engineering publication trends. And the United States and China collaborated more with each other on coronavirus-related research than with any other country.

Lee and I chatted over email about the pair’s work. “Science is global. COVID-19 is global,” she told me. “A global crisis necessitates global cooperation, especially in research.” Here’s a lightly edited version of our exchange:

Your research runs counter to the predominant narrative. Tell me about your findings.

Despite rising tensions between the U.S. and China, scientists around the world are collaborating at a higher rate to address COVID-19 than we might expect, according to our analysis of SCOPUS bibliometric data. This rate is higher than past collaboration trends and higher than non-COVID-19 research during the same COVID-19 time frame. Between the U.S. and China, we were surprised to observe that the two countries’ international collaboration rate with each other increased by five percent by the end of May 2020.

Recent rhetoric and policies in both countries discourage international cooperation. Given this environment, do you see your findings of increased collaboration as an aberration, perhaps spurred by the urgency of covid? Or do you think this partnership is sustainable?

Clearly geopolitical tensions are not helping, especially given the U.S. and China’s role as the lead scientific producers and collaborators. What we do not know is how much more collaboration would be occurring if the two countries were on friendlier terms, but our guess is that it would be much higher. We do know from past research, however, that scientists tend to come together based on particular conditions, including when there is an urgent global crisis. Particularly for scientists in less-resourced countries or conditions, there is a greater need to collaborate in order to pool data and share equipment. Also, given the novelty of the health crisis, expertise from very specialized fields is required, which may need to come from abroad. Positive relationships are key, thus these collaborations might be based on pre-existing ties and will likely strengthen in the future.

A lot of attention gets paid to government actions. Do your findings say something about the durability of higher education’s own connections, whether on an institutional or individual level?

Government actions do matter as we have observed in the U.S. related to issuing visas and the monitoring of funds for research. Yet less attention is paid to scientists’ agency. While governments create and facilitate the conditions for international collaboration, they do not dictate institutional or individual relationships. Our study brings into question how much political conditions play into scientists’ decisions on with whom they collaborate. Our findings suggest not as much as we would think.

What do your findings reveal about the importance and impact of international educational and research partnerships?

International education and partnerships remain central to higher education and society. To isolate ourselves as a nation or to break from China does more harm than good for the U.S., as our earlier research shows. Science is global. COVID-19 is global. A global crisis necessitates global cooperation, especially in research.

Did someone forward you this newsletter? Sign up to get latitude(s) in your in-box.

A report by the ombudsman for U.S. Citizenship and Immigration Services identifies a number of risks to OPT, including fraud, exploitation by foreign governments, and inadequate oversight.

Academics in Hong Kong are anxious that a new security law imposed by the Chinese government could chill academic freedom and make it more difficult to hire and retain faculty.

Some student activists caught up in a Chinese government sweep have been quietly released from detention and given new identities — and pressured to drop their activism.

Moody’s warned that the executive order suspending H1-B and other work visas is “credit negative” for U.S. universities because it could “aggravate the decline” of international students and weaken colleges’ ability to recruit academics and researchers.

International students adjusted to remote learning during the pandemic better than their U.S. classmates. But they worry about their health and safety, as well as about navigating the immigration and visa systems.

The UK is doubling down on efforts to attract and retain talented international students.

A British university has apologized for asking faculty and staff members to check with the communications team before making social-media posts in support of Black Lives Matter.

Some Pakistani students were arrested for protesting online classes.

A Chinese university is investigating a student for allegedly using an anti-China slur on Twitter.

The University of British Columbia quietly changed how it refers to Taiwanin its annual enrollment report.

Masochists, maybe? Some students are retaking the gao kao, China’s notoriously grueling college-entrance exam, to up their scores and increase their chances of admission to top universities.

Back in the Before World, I traveled for work much of the time. So, while I have lived in San Francisco for a couple of years, I thought of it more as a place where I’d stop off between assignments, the default airport on my airline app. When I was here, I’d try new restaurants and bars, drive out to Napa for the weekend. But I didn’t know the city the way I knew D.C., my home for more than a decade.

Since covid has grounded me, things have changed. To avoid going stir crazy, I walk. Through the boarded-up neighborhoods sometimes, but mostly in the parks. Up Twin Peaks or along the Panhandle’s eucalyptus-scented paths or over to Alta Plaza for its postcard panorama of the bay. My favorite walk, though, is in Buena Vista, a hilltop park less than a mile from my apartment. Walking along its shambling paths, it’s easy to forget that you’re in the middle of the city. But then the treeline breaks and you catch a glimpse of those beautiful views, the Financial District there, the Pacific Ocean off in the distance.

The walks provide a physical and mental respite, for which I’m grateful. What about you? As we hit the halfway mark of this stormy year, have you discovered any silver linings? 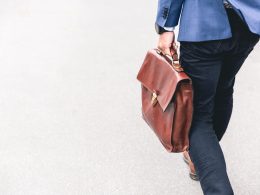 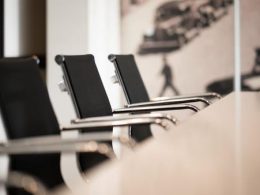