Stronger Together: The Power of Mentorship

I decided I was going to be a writer when my sixth grade English teacher told me I was good at writing. She encouraged me to write daily and often recommended books she thought would inspire creativity in me. I discovered pretty quickly from there that I loved writing, and I was fortunate to have teachers through the rest of my middle and high school years who continued to support my writing, even when it wasn’t very good. They asked me to challenge myself and even wrote recommendation letters for scholarships to writing camps I wouldn’t have been able to afford otherwise.

I didn’t know anyone in my family or personal life who wrote professionally, but it was the support of mentors that gave me the idea that I could be one myself.

It’s not uncommon for first-gen college students to need a leg up. Throughout college, I relied on mentors, both professional and academic, to give me that support. I’ve had professors and former bosses who check up on me and encourage me to pursue opportunities I would’ve otherwise doubted were available to me. It was a professor at my J-school, Meg Heckman, who convinced me that I could get more than five people to read a newsletter about my experiences. And it was two former editors I met during an internship at the Chronicle of Higher Education who gave that newsletter a platform.

Everyone tells college students, whether they’re first-gen or not, that making connections is how you get ahead. But the “it’s not what you know, but who you know” mentality has never appealed to me. It reduces the relationships I’ve relied on for guidance to something transactional and makes the process of “networking” feel inauthentic. In my first year of college that advice dissuaded me from forming mentor relationships altogether. I felt I couldn’t ask questions until I was bringing more to the table.

But mentor-mentee relationships should be about more than that. I’ve been so appreciative of the mentors I’ve had because they never made me feel like I was asking for too much, or using them to get ahead. And recently, I’ve found myself in a position where people are now asking questions of me. As unqualified as I feel I am, I know exactly what it’s like to the one with an interest that needs encouragement so I answer where I can, and listen where I’m needed. It’s a support system I think all first-gen students should have.

‘If you want to be a lawyer or a doctor, or even a lobsterman — find someone who went through very similar experiences as you’

I spoke to Misty Start, a fellow first-gen and a graduate student at Regis College, who’s researching the role of mentors in the development of post-secondary aspirations of rural first-gen students and how those relationships shape the world views of young people. Like me, Misty gives a lot of credit to the mentors who’ve helped her navigate through life since middle school. Her focus on rural students stems from her own background growing up in rural Maine and attending college in New Hampshire. We talked about learning to self-advocate and why it’s important to pay it forward.

ZO: Does mentorship play a greater role for first-generation students than it does for more traditional students?

MS: I think that mentorship is valuable for anyone. It’s valuable to have someone who is in their corner advocating for them, and supporting them, regardless of what they achieve. I think sometimes we get into mentoring relationships where the mentee thinks that their value is wrapped up in what they can achieve.

But yeah, there’s pretty significant value for first-gen students. I’ve found that personally but it also aligns with my research. Mentors not only helped raise self-confidence and self-efficacy, but mentors also connect students to college and career pathways that the first-generation students never even knew existed or never thought would be possible for them. And so I think those are two things that mentors bring to the first generation experience that is necessary. Because for many first-generation students, they don’t even know what their options are or that they can attain them.

ZO: I know you’re still in the process of the research, but are there any common threads throughout the people you’re speaking to?

MS: Absolutely. Some of the things that we know when we’re thinking about rural education are that there are pretty significant obstacles when providing equitable education in rural communities. The folks in my study will be first-gen but also from rural communities. Some of those challenges that we see are that their rural schools generally cost more money to fund but they receive a smaller percentage of state and Title I funding than urban districts. Another thing that we that our data tells us is that rural schools are really good about getting their students to graduate. Rural students actually graduate at a higher percentage than their non-rural peers, but they don’t go to college at the same level. Obviously, there are pretty significant economic and social mobility costs with that.

There are very high numbers of first-gen students in rural communities. First-gen students are not being sufficiently prepared for college given these roadblocks. If you’re in a rural area, there are limited post-secondary opportunities, limited colleges even close to you and most of the jobs in your areas require low or middle skill. And then rural areas are also experiencing a huge migration. So when we do have first-generation students leaving to go to college, they never come back, which means there are no role models for those new students coming through. That impacts the lack of college knowledge.

ZO: There are first-gen students who feel less comfortable self-advocating and actively looking for mentors. What advice would you give them about putting themselves out there in that way?

MS: I would advise them to seek out mentors mentorship with individuals who have similar aspirations to their own, but also are coming from a similar context. If you want to be a lawyer or a doctor, or even a lobsterman — find someone who went through very similar experiences as you. Let’s say you’re low income and first-gen, and you have a mentor who isn’t. It’s not that they can’t provide you with support but I think there might be a disconnect with them truly understanding the challenges that you experience.

I grew up in a rural area, I’m first-gen, I’m low income. And now that I’m in higher ed, I’m learning all of these things that I wish I knew when I was younger. I can’t think of any world where if a low income, first-generation student reached out to me for support, that I would say no. And so I, even though I did have great mentors growing up, I wish I had just known to reach out because people want to help you.

A journalist and first-generation college student originally from Yonkers, N.Y., Zipporah is in her last year at Northeastern University. She has reported for The Boston Globe, The Chronicle of Higher Education, and Chalkbeat. 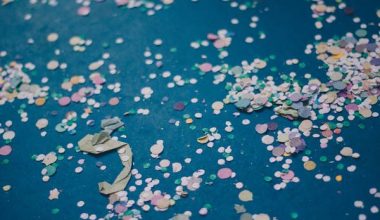 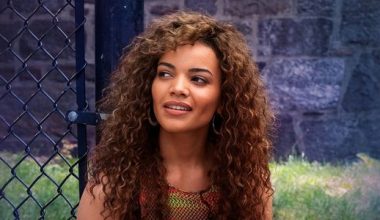 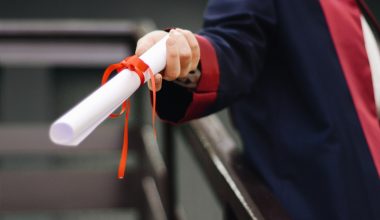 Let's talk about feelings of guilt that plague so many first-generation graduates. 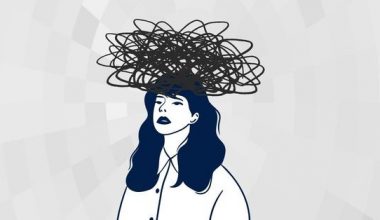 As a culture, we put a lot of stock into graduations as signifiers of success. If what follows are feelings of anything but joy, it becomes all too easy for the feeling of loss to become guilt.

I’ve only been away from college for a couple of months and I’m already thinking about going back.…

Student debt is not uncommon and shouldn't be a topic swept under the rug.
Back to top