The coronavirus pandemic is causing fewer students to enroll in Colorado’s community college system this fall, especially those that are first-generation and low-income.

The roughly 9% drop in enrollment highlights the brutal situation that COVID has created and decisions thousands of students face. The pandemic also is altering student behavior patterns. Typically, community college enrollment increases during an economic downturn.

That’s not the case right now.

Community colleges tend to educate students who are more likely to be adults, low-income, or first-generation than are students in four-year colleges. Schools have shifted to hybrid instruction to ease coronavirus concerns about the spread of the virus, and online enrollment has grown. But that doesn’t ease the challenges students face and that are exacerbated by the virus, such as feeding families, needing to work, and having a harder time juggling finances while attending school.

If institutions can’t find a way to lure students back, it could affect the long-term prospects for both students and colleges.

Community College of Aurora President Betsy Oudenhoven said enrollment at her college has decreased 18% over last year. Surveys of the Aurora campus show students who are low-income, first generation and not from the U.S. have been more likely not to attend this fall — groups that make up a large share of her student body.

“It just feels like layers and layers that have hit our students really hard,” Oudenhoven said. 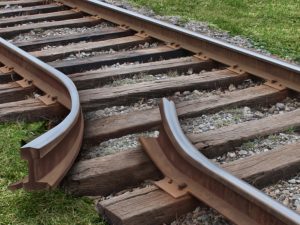 David Baime of the American Association of Community Colleges said that nationally two-year colleges are experiencing a 10% to 12% decline in enrollment.

The decrease is atypical. Even during the Great Recession, as in other economic downturns, community college enrollment increased. That’s because people might seek out new skills and credentials that they hope will make them more employable. But it appears that COVID is squeezing people harder.

“Community college students are typically working more. They’ve got more familial responsibilities,” Baime said. “All these things have made them the likeliest people to be impacted by this.”

Colorado’s community colleges are seeing pronounced declines this year among first-generation students, with numbers dropping by 16%. Meanwhile, Pell Grant-eligible students who receive more federal aid due to their economic status also decreased by 14%. Many of these students may also be first-generation college-goers.

“For a while, we thought we were going to be down 30%, and that was quite alarming,” Garcia said.

Arapahoe Community College President Diana Doyle, one of two schools in the state that saw enrollment increases, said factors behind the growth include serving a greater proportion of middle-class students, and a smaller segment of lower-income and first-generation students than at other community colleges.

The virus, however, has changed Arapahoe’s demographic, she said.

More students who typically would attend a four-year university are attending Arapahoe instead, Doyle said.

The changes in student behaviors also have affected state universities.

Adams State experienced a 6% dip in undergraduate enrollment. The school, however, is reporting flat enrollment this fall thanks to an increase in graduate students.

Adams State expanded opportunities at its graduate schools to students who might need additional training during the pandemic, said Cheryl Lovell, the school’s president. Half of the regional university’s population in Alamosa is considered in high financial need, Lovell said.

“We knew our growth in graduate programs would not only meet workforce demand to provide highly trained, skilled advanced employees,” Lovell said. “It also provided an upward mobility for our students to advance themselves professionally.”

She does worry about the future, she said.

Governmental support for higher education fell by 5% this year. Community colleges and small regional universities rely more heavily on money from the legislature than do the University of Colorado Boulder and Colorado State University.

Next year is a bigger concern. State tax revenue will still be down and federal stimulus money that ensured colleges weren’t cut by 58% this year aren’t a guarantee, Garcia said.

“We’re hoping they will continue to invest in our future by investing in our students and our institutions, but we’re not confident that that’s going to happen,” he said.

Presidents like Oudenhoven said despite the worries, the focus for her school is making this semester work for students.

“I’m trying to figure out with my colleagues, what can we do?” she said. “We’re not helpless in this. We’re not controlling the virus, but we control our response to it.” Community College Full Time Enrollment and Headcount

Students who never went to college heard early in their lives that they didn’t have the money to go. No one told them that they could thrive academically.

U. of Colorado names Todd Saliman sole finalist for president

Supporters praised Saliman, the system's interim president, for his ability to work with different constituencies. But Latino advocacy organizations raised concerns about the process.