The disparities are striking.

In New Orleans, Black residents are much less likely than their white peers to go to college, to stay enrolled, and to hold a bachelor’s degree.

And — while nearly 60 percent of the city’s residents are Black — less than 23 percent hold a bachelor’s degree. Sixty-seven percent of white residents do.

One bit of good news: College-going rates in the city are going up, even though the big gaps remain by race and socioeconomic status. But, on measures of college retention, Louisiana remains far behind, ranking 49th in the nation.

Colleges, community organizations, and others in New Orleans need to focus more on not just helping people get into college but also on helping them graduate, said Erin Wheeler, executive director at College Beyond, a New Orleans-based nonprofit organization that works to get students to and through college. Uncompleted degrees, she said, have become normalized.

Here are the college stories of four Black New Orleans residents—how they’ve navigated barriers to getting to college and how they’ve managed to return, sometimes decades later, to earn a degree.

After high school he spent a semester at the University of New Orleans, then decided to drop out to get a job in law enforcement. Over the next couple of years, while working full time, he took classes at Nicholls State University, and then enrolled at San Jacinto College, in Houston — but never graduated.

“I was just trying to get acclimated to college,” says Augillard, who’s now 44. What people don’t tell you, he says, is how much discipline it takes to transition from high school to college.

Augillard worked his way up in a law-enforcement career, working in security for federal contractors like NASA, the Economic Development Administration and the FBI.

He aspired to become an investigator for a law-enforcement agency or an analyst in the private sector. But he was hitting a wall.

“I thought, ‘I have a significant level of experience in law enforcement and investigations, but I don’t see my income level rising,’” Augillard says. “The only thing left I could do was go back to school and get my bachelor’s degree.”

Augillard enrolled at Tulane University’s School of Professional Advancement. He liked that the program, designed for working adults, offered small class sizes, a discounted tuition rate, and a class schedule that accommodated his full-time job. One-on-one faculty and staff support also provided him with a newfound confidence.

His academic advisor, Daniel Rahey, was particularly pivotal. “He reduced my anxiety because he always made the point after a conversation to show me my progress toward my degree.”

To combat his doubts, Augillard started his first semester with just one class to get reacclimated with being in a classroom. He added a second class the next semester and then gradually increased his course load. He graduated from Tulane in June with a bachelor’s degree in homeland security studies. Now, he’s considering going on to earn a master’s degree.

Many New Orleans residents may not see the need to get a higher education, Augillard says. “But I’d tell people they should go back to better themselves and to become more attractive to employers. Going back to school may be the route [they] need to get ahead in life.”

Ebon and Dallas George: ‘It’s all about support groups’

Ebon George was determined to go to college.

A high-school quarterback, he was on track to get a football scholarship until a shoulder injury ended his hopes of a college career. He focused on his classes and earned an academic scholarship to Southern University.

But that path was not easy, says George, now 46. He received little support from guidance counselors; motivation primarily came from his parents, who were both educators. Many students don’t have that help at home.

An information gap holds Black students back from college just as much as financial disparities do, he says. “There’s all this red tape,” he says. If you weren’t an athlete, only “super superior”  students were even considered for college.

Once at Southern University, George made it through a couple of semesters, but then dropped out. He had gotten married and started a family and needed to work full-time so he could support his wife and children.

While working as a retail manager, he met Paul Veal, a T-shirt designer who became his mentor and eventually helped George build a career in graphic design.

Veal taught George how to use software, how to screen print, and how to succeed. “But he did not want anything back from it,” George says. “Because he had done that for me, that’s what I’ve been doing for people throughout my time in the business.”

George’s company, Inkspot Graphix, prints an array of advertising materials and has independent T-shirt lines. Eventually, George decided he wanted to try again to get a bachelor’s degree so he could start teaching graphic design.

In 2018, George enrolled in Tulane University’s School of Professional Advancement, but it hasn’t been easy. Right before he started classes, his wife was diagnosed with breast cancer. Two months later, he found out he had myelofibrosis, a rare blood cancer.

“That first year, school was an outlet for me that I needed because it was fun and it was intense. It was what I needed because I had a vision and a goal,” George said. “[This] second year wasn’t so easy. It started out rough because my treatments racked up and I was very lethargic.”

On March 13, around the same time the country went into lockdown over COVID-19, his oldest son was murdered. The loss devastated the family, but hasn’t slowed down George or his 18-year-old son, Dallas, in their pursuit toward their degrees.

Dallas’s path to college looked much different than his father’s, which gives George hope that educational opportunities are becoming more accessible to the Black community in New Orleans.

“Because of my experience and because his mother is a principal, we have a better understanding of what’s in front of us,” George says.

Dallas says Black and white peers now experience a similar process when applying for colleges. He thinks students are more likely to go and stay in school if they feel supported by their individual communities. “It’s all about support groups, whether it be their teachers, their counselors, their parents or brothers,” he says.

When Dallas was in high school, he and his parents met with the school counselor to learn more about his college opportunities. The counselor told Dallas that if he could get a higher ACT score, he could earn scholarships at top-tier universities.

She advised taking the test twice — something students from wealthier families have long done but that many others don’t do. After retaking the test, George says Dallas’s acceptance letters “poured in.”

Now, he’s a freshman at one of his top choices: Louisiana State University.

Legally blind and diagnosed with ADHD, Byrd says school has always been a bit fraught for him. Often, he says, his teachers would misinterpret his learning disability and assume he was misbehaving.

“Teachers would label me as a bad kid and give me in-school suspensions and that hindered my learning so much,” says Byrd, 18. The lack of encouragement from teachers early on also made him feel uninterested in the classwork.

The first high school Byrd attended had a primarily white student body and was structured around independent learning. All of the students were given laptops and completed modules online. The teachers provided instruction when they hit roadblocks in projects, but Byrd says Black students, despite having the same resources, received less attention and help.

He says he was rarely called on, even when he raised his hand for long periods of time, during classroom discussions of racial identity and stereotypes. “They let the white people talk for us,” Byrd says.

Many of Byrd’s family members had gone to college, and from a young age, he pictured himself as an author. But after failing his freshman year, Byrd says he had his “first taste of utter defeat.” He felt he let his mother down and wasted a year of money at the private school. “After that,” he says, “I told myself I’d never let her down again.”

His mother supported Byrd with the help of his grandparents while his father was in prison, and they decided on a fresh start. Byrd transferred to The NET: Gentilly, a charter high school designed to accommodate alternative learning styles.

“It made me a better person at the end of the day,” Byrd says. “I think it’s what eventually got me into college.”

Byrd says he flourished with the support of his teachers and peers. “At The Net, people are accepting of any kind of situation,” Byrd says. “You could be a single mother, you could be a kid coming out of juvie. It doesn’t matter who you are, [the school] wants you to be your best.”

Byrd joined the student council and got involved with an off-campus dance troupe that works to spread awareness around issues that face the community, like gentrification. In the classroom, Bryd not only made up for the credits he missed his freshman year, but ended up graduating a year early.

When it came time to apply for college, his counselors at The Net helped him decipher his options and how to apply for scholarships. When he was accepted to the University of New Orleans, they told him they were proud of him.

The diversity of the college — where 46% of its students are minorities— excites Byrd, who has  made friends from across the country. But choosing UNO also allowed Byrd to stay close to home and continue his dancing career.

Byrd wants a business degree to help him become  an entrepreneur. His goal is to open a CBD shop to help New Orleans veterans, like his mother, cope with PTSD.

“I want to achieve greatness in my city,” Byrd says. “And I’ve made a vow to never let my family struggle again.”

Megan Sauer is an intern at Open Campus. These profiles also were published by The Lens, a nonprofit, nonpartisan public-interest newsroom dedicated to investigative and explanatory journalism in New Orleans.

The Lens and Open Campus are partnering to hold a series of forums this fall about navigating college in New Orleans, with the support of the Facebook Journalism Project. Sign up for our first forum here. 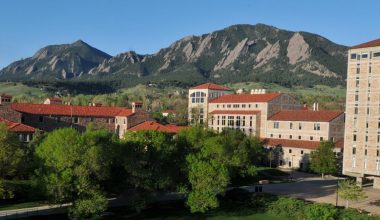 Jason Gonzales
Back to top