Will the U. of Colorado’s Two-Week Pause Be Enough?

The closure Monday of the University of Colorado Boulder’s campus for at least two weeks due to the spread of the coronavirus felt like an inevitable conclusion for some students and professors.

Senior Laura-Elena Porras, 21, said school officials had to know the culture that exists on and off campus. In her mind, the spread of COVID was always going to get out of hand, she said.

“When you’re saying, ‘Your kids are going to be safe here.’ You can’t. You can only control so much,” Porras said. “You can control what’s happening on campus, but you can’t control the culture that’s already embedded in the Boulder community. There’s a lot of fraternities. There’s a lot of partying.”

But, some experts say, a two-week pause can also lead to longer remote learning and even sending students home.

Either way, the closure awakens a fear among students and professors of whiplash, as they prepare to move back to remote learning while anticipating another possible switch back to campus in two weeks.

CU Boulder’s announcement comes after cases reported in Boulder attributed to small groups of students, school leaders told reporters Monday. The school will end campus learning on Wednesday, with the hopes of a return by Oct. 7.

In a video, Chancellor Philip DiStefano called the closure “in the immediate interest of the campus’s health and safety.” He did not commit to a return in two weeks.

“We have the power to control our own destiny,” DiStefano said. “I’m hopeful we can return to campus for learning and discovery in the ways we all desire.”

The school has administered 19,400 tests since Aug. 24 and logged 765 COVID cases, according to its COVID dashboard. Last week, the school moved all students out of the Darley North dormitory to make room for more isolation space. Cases off campus in Boulder County have also spiked, in large part due to student gatherings and parties.

On Sept. 15 the university directed at all CU Boulder students in the city to stay at home. Cases counts have since declined, said Russell Moore, CU Boulder provost and executive vice chancellor for academic affairs. Officials hope the two-week break will continue that decline.

During the two-week closure, undergraduate and graduate classes, including labs, studio, and performance classes, will be taught remotely, unless officials have approved meeting in person. The university has asked students living in university housing not to leave for anything other than essential tasks.

The school has banned gatherings of any size for students living in Boulder. Students found to be violating public health orders will receive an immediate 10-day suspension. More than a dozen students received such notices over the weekend, according to the university.

It’s unclear whether the two-week pause by the school will yield desired results, said Christopher Marsicano, director of the College Crisis Initiative at Davidson College. The initiative seeks to learn how colleges and universities innovate during a crisis such as the coronavirus pandemic.

Most schools that placed classes under a two-week hiatus have returned to on-campus learning, according to the College Crisis Initiative.

Both the University of Denver and Regis University have outbreaks, but classes are continuing on both campuses for the time being.

At CU Boulder, the temporary move puts more strain on professors and students during an already trying school year.

Alex Wolf-Root, an adjunct lecturer and United Campus Workers Colorado president, said the toggling between in-person and remote learning “can’t be good for students or for instructors.”

Nationally, professors at schools that decided to go online early in the spring or summer were able to better prepare for the fall, said John Barnshaw, Ad Astra vice president of research and data science.

Barnshaw’s company has worked with several schools to plan remote instruction. Professors have produced weeks of planned lessons rather than preparing for two different styles of learning, he said.

“They feel a little bit more confident rather than kind of being jerked around,” he said.

Wolf-Root said because all his classes are fully online, over the summer he was able to ensure the best possible experience for students. Other professors could have done the same.

Instead, in the middle of a busy semester, “you can’t do the necessary work you can to make your class as good as it could be for students.”

For Porras, the university’s decision comes during a semester when she already has needed to juggle online and face-to-face classes.

For weeks she’s shown up at Boulder for one class, then scrambled to find a safe place to log into an online class that started 15 minutes later. Porras commutes from her family home in Commerce City and didn’t have a dorm room to retreat to in between classes.

She said she realized quickly that she would have rather started the year remotely. The changing situation at the campus, she said, makes her a little angry.

“It would seem more logical to just shut down,” Porras said. “It should have been done from the beginning.” 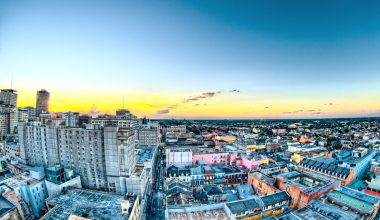 The percentage of Pell Grant recipients at CU Boulder moved from 12% in 2008 to 16% a decade later, ranking it as fifth-lowest among all flagships in the country.

The partnership will change how students can qualify to take college classes. Until now, access has depended on a standardized test or a grade-point average.

As a community college professor, the incoming first lady is expected to bring new attention to two-year institutions.

The switch has the potential to put the university's president on notice. Mark Kennedy was a controversial selection, brought in by Republicans on a party-line vote.

The state’s low completion rate of the Free Application for Federal Student Aid among high students places Colorado near the bottom in the nation — 47th overall — and well below the national average.
Back to top