When we started Open Campus last year, we talked a lot about the central role of colleges in their communities. We never imagined, of course, that a year like this one was just around the corner — and how 2020 would help make that truer than ever.

Something someone told us early on in covid times stuck with us. The pandemic, he said, is less of a disruptor and more of an accelerant. Change would happen faster, inequities would grow deeper.

As we get ready to welcome (really welcome!) 2021, we asked some of our readers, sources, and contributors to reflect on what they’ve learned this year about higher ed and its role in society.

“The pandemic laid bare vulnerabilities in higher education,” says Jennifer Delaney, an associate professor of higher education at the University of Illinois at Urbana-Champaign. “These have always existed, but have never been seen in such sharp contrast before.”

Most notable, she says, is how the pandemic has revealed the need to expand the way we think about college access. She’s previously thought about constraints like finances, geography, and the admissions process. But what looms large now is the digital divide.

A year of being thrust full-force into all online learning, all the time also has revealed what matters. The on-campus college experience will be more important than ever for many students, faculty, and staff, says Robert Kelchen, an associate professor at Seton Hall University.

“The best learning doesn’t happen in a vacuum,” she says. “Whatever they are learning, students must meaningfully engage with their instructor and their peers, and then apply that information in a real-world context.”

In many ways, 2020 has only magnified the importance of the work universities do, says Freeman Hrabowski, president of the University of Maryland, Baltimore County.

“Whether talking about social injustice, political divides, health disparities, or the state of the economy,” he says, “colleges and universities are playing a critical role in helping people put these challenges in perspective and appreciate just how important critical thinking and evidence-based decisions are to the future of our democracy.”

Cecilia Orphan, an assistant professor of higher education at the University of Denver, says she learned this year just how vital rural public colleges are to rural communities when she examined how covid-related budget shocks were affecting those campuses.

Meanwhile, Erin Wheeler, executive director of College Beyond, in New Orleans, looks at 2020 and sees just how much more work higher ed needs to do. “It’s become more clear to me that higher ed has a major role in what goes on outside the classroom,” she says.

That’s what Sean Decatur, president of Kenyon College, talks about, too, how some of his students see his campus as more than an educational institution and also look to it for housing, food, and health care.

“We provide housing, but we must not take on the transactional role of a landlord,” he says. “Our relationship should remain grounded in our role as educator.”

Back in March, when colleges first started sending students home, Andrea Klick, our intern at the time, talked about how colleges’ actions betrayed their values — and where students and the community really fit in their priorities. If anything, Andrea, now a junior at the University of Southern California, feels that more strongly now.

“Colleges tend to have us believe that community service and care for one’s neighbors are an integral part of their mission,” she says. “And while I’m sure there are some campuses that did consult with the community and uphold that value, the majority have shown that in times of crisis, it becomes an every man for himself situation.”

This was supposed to have been the year that Zipporah Osei, a member of Northeastern University’s Class of 2020, got to bask in her bachelor’s degree. Zipporah, an Open Campus contributor who’s a research fellow at ProPublica, did graduate this spring, in a virtual ceremony. But her high level of confidence in the value of that degree has been shattered.

“As a first-generation college student, getting a college degree was always a goal that I was told would assure me better career success and stability,“ she says, “so this year’s biggest surprise was learning how quickly the strength of having a college degree could change.”

Maybe that’s partly why, Zipporah adds, more high-school graduates are opting out of a traditional four-year degree. “Unless higher education institutions can reimagine their role, I wonder what level of prominence they’ll have a decade from now. “

Regular readers of this newsletter know that Scott has never seen a short item that he didn’t think could be improved by adding a chart. Here are some from recent months that highlight the challenges ahead of us in 2021.

From New America’s survey of Americans on their perceptions of college: A giant gulf between Democrats and Republicans on who should pay for higher education:

New estimates out this week from the National Student Clearinghouse Research Center on an issue we’ve talked about all fall — community colleges are suffering. Will those students ever come back?

We made this graphic after the election, looking at how every county has shifted voting patterns and educational attainment since 2000. (Explore it state by state here.) Bigger, more educated counties moved dramatically toward the Democrats. Smaller, less educated ones toward the Republicans. There’s a lot tied up in this (class, economic opportunity, urban-rural divides), but we believe it matters — and we’re going to keep looking for how to investigate this story.

From an Urban Institute analysis we wrote about back in June. Every conversation about Black student experiences in higher education has to wrestle with what type of institutions they attend. Here’s the way we boil this chart down: At for-profit colleges, Black students make up more than 1 in 4 students. At our most selective colleges? Just 1 in 20.

Thanks to all of you who have supported us during our end-of-year fundraising campaign. We’re grateful for your help in strengthening local coverage of higher education.

There’s still time to give.

Your donation to Open Campus will be doubled between now and December 31, thanks to NewsMatch.

With your support, we’ve been able to grow our local network this year to seven partnerships in six states. We’re working to sustain that in-depth coverage and build on it in 2021, connecting more people in more communities to better reporting about their colleges.

Here’s where to support our work.

Happy holidays, and we’ll see you next year! 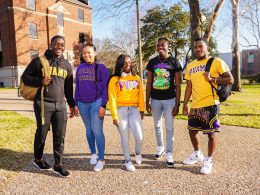 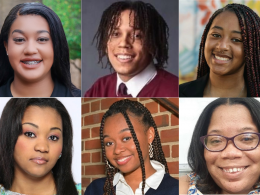