I was looking for statistics on campus police stops. Then I became one.

Those police sirens aren’t for me, right?

I was just a few blocks from my apartment, biking home from the campus bookstore at Chico State University, where I am a student, when I heard the bleep from the police car behind me. I pulled over to let it pass. Instead, it stopped next to me.

Though we were half a mile from campus, the officer who got out of the car that December afternoon was from the university police. Inching towards me, he asked,

“Do you know why I stopped you?”

Honestly, I thought, I’m asking myself the same thing.

He told me that riding my bike on campus was illegal and that I looked suspicious. Then he asked for an ID. So I handed him my driver’s license.

As he asked me more questions — Was I a student? What was I doing on campus? — I wondered silently why he hadn’t just stopped me on campus. Why did he follow me home? Is there more to this?

As a young Latino man, this wasn’t the first time I’d been stopped by police. I’ve known since I was a kid that Black and Latino people are more likely to be killed by cops. I didn’t want the situation to escalate any further.

My fears seemed confirmed when, after noting that my license had an out of town address, the officer radioed in my personal information, and moments later more officers arrived. Now I was surrounded by two police cars and three cops on the side of a quiet residential road, my bike laying on the ground. Though it was the height of the coronavirus pandemic, only one of them was wearing a mask. I started shaking, concentrating on my breathing to prevent any sudden movements, debating whether it was too late to assert my rights and walk away. One officer had his hand on his hip, and I noticed how close it was to his gun.

I explained again that I was a Chico State student returning my textbook. To my relief, they said my story checked out and they let me go — with a warning not to bike on campus again. Before they left, they wanted to know if I needed anything from them. The Latino in me wanted to leave immediately and prevent myself from saying something that would raise their suspicion, but the journalist in me wanted to know the real reason they followed me home. “Actually, can I have your badge numbers?”

Afterwards, finally back home, I went to my room shaken. I couldn’t help feeling like the incident had to do at least in part with my ethnicity. I’ve barely left my apartment this past year because of the pandemic, and the one time I did leave, I got labeled as a suspicious individual by the same institution I attend. To be tracked down by three officers for something as minor as biking on an empty campus just made me feel like I didn’t belong here.

The irony was that, as a student reporter with the CalMatters College Journalism Network, I had spent months working to gather reports on police stops at California State University campuses. I was trying to find demographic data on who gets stopped the most by university police. Out of the eight campuses I sent public records requests to, only two provided records, and those contained limited detail.

What we do know is that campus police departments in California are far less racially diverse than the student populations they serve, according to data CalMatters obtained from the state’s agency on Peace Officer Standards and Training. And Chico State is the whitest campus police department in the state — 16 out of its 18 officers are white, according to the POST data, on a campus where 43% of the students are non-Hispanic whites.

Initially, I didn’t know what to do with those badge numbers. I had no plans to file a complaint, but I did want answers about what exactly made those officers think I looked suspicious. Was it my hoodie? My bike? A look I gave them? My ethnicity? So I filed a public records request for the body camera footage of our encounter, and sat down for a Zoom interview with Chico State police chief Matthew Dillon and Commander Christopher Nicodemus.

During our conversation, Nicodemus gave his take on why my encounter with the police played out the way it did. Chico State regulations ban biking in the campus core. I was followed home because the officer that initially sighted me was too far away from me to approach me, he said, so he contacted an officer that was near my location to look for me.

As for why the first officer thought I looked suspicious, Nicodemus said it was because I had biked away after he spotted me.

“What he thought was that you looked at him and turned around and rode the other direction, which rose his level of suspicion in his mind,” Nicodemus said, adding that Chico State police officers see “a lot of theft on campus.”

The explanation left me with more questions than answers. I hadn’t noticed a police officer anywhere near me while I was biking. Would the officer have had the same response if he’d seen a blonde-haired girl biking away from him?

But what really stuck with me was what Nicodemus said next: He pointed out that the three officers treated me with respect during the encounter.

“The contact was very brief. I mean they were with you for like a minute and a half maybe,” Nicodemus said. “I didn’t see any searching or any use of force or anything like that. So to me quite honestly, in my world that’s not even a blip on my radar.”

I was blunt with Dillon and Nicodemus. It’s hard to feel respected when three police officers follow you home, label you as suspicious and question what you are doing at the university you attend. I’m a Latino who felt racially profiled by police. Why would I feel respected?

They both thanked me for sharing my perspective. They acknowledged that two of the officers who stopped me weren’t wearing masks and one didn’t turn on his body camera — both violations of department policy that they said they would “deal with internally.”

But since our conversation, I can’t stop thinking about the disconnect university police have with students of color. I’ve interviewed campus police officers multiple times during my time as a reporter at Chico State, and I’ve heard from students at Chico and other campuses who feel they’re treated differently by campus police because of their race. We’ll learn a lot more about the relationship between campus police and the communities they serve when the Racial Identity and Profiling Act takes full effect at California colleges next year, and student journalists like me will continue to follow the story.

Talking to Dillon and Nicodemus, though, I didn’t get the impression they understood the fear it can incite in people of color when police approach them, especially when there are three of them. For the officers who detained me, this was just one of many stops they enforced throughout their career — to Nicodemus, it wasn’t even a blip. But for me it caused me to fear for my life, a feeling that lingered much longer than those few minutes.

Julian Mendoza is a fellow with the CalMatters College Journalism Network, a collaboration between CalMatters and student journalists from across California. Open Campus works with a group of these student journalists through a partnership with CalMatters. This story and other higher education coverage are supported by the College Futures Foundation. 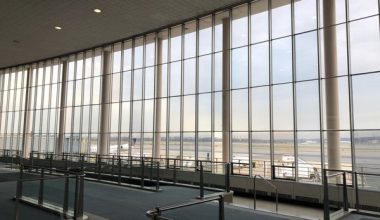 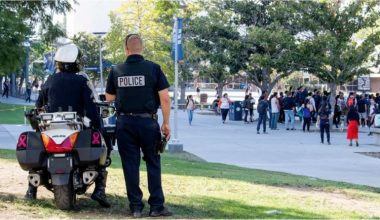