This is a newsletter about the role of higher ed in society. Each week, we try to highlight how college is (or is not) working for citizens and communities. It goes out most Friday mornings — If someone forwarded you this email, you can sign up here.

You spent years studying in college, going to class, writing papers. You took out loans, got some grants, figured out how to make it all work.

Down the road, after leaving school, you need to show proof to someone of all that work — maybe an employer who wanted to make sure you really had a degree, maybe a new college that needed your transcript when you tried to enroll. Then you get a terrible surprise: those parking tickets, or library fines, or final $200 for the meal plan are still lingering on your account. And that transcript you need is going to be held hostage until you clear up the bill.

Just how many people end up stuck in this spot? A recent study estimated as many as 6.6 million. And this week an excellent story from WGBH and The Hechinger Report found nearly 100,000 former students at public colleges in Massachusetts alone that can’t obtain transcripts because they owe money.

Wait, shouldn’t we just pay our bills? Certainly, but the consequences of not doing so shouldn’t be so out of proportion. When I don’t pay the $30 in late fees at my city library, they stop me from checking out any more books. That sounds about right. They don’t keep me from getting my next job.

That’s the key point from that recent Ithaka S+R analysis: “Students with stranded credits bear financial and academic burdens that are disproportionate to the often small debt they owe.”

I talked with Kirk Carapezza of WGBH this week about his story (done in partnership with Jon Marcus of The Hechinger Report). He started by asking colleges for what seemed like basic information: How many former students owe you money and how much do they owe you collectively? Notably, he said, many colleges were surprised themselves by how many people were being affected by the policy. Nearly 10,000 people at UMass Boston, for instance.

The story has had effect — even before it was published. Bunker Hill Community College reported 5,331 students with unpaid balances of $100 or more whose transcripts were being held. Prompted by the WGBH and Hechinger reporting, officials there announced they would drop the transcript-hold policy.

Does this even work as a good way to collect the debt? Not so much. In Ohio, despite aggressive debt collection policies just 7 cents of every dollar owed by students and former students to public colleges is recovered, according to a study.

Some universities have changed their approach. At Wayne State University in Detroit, the Warrior Way Back program forgives unpaid balances up to $1,500 over three semesters if students return to the university.

Carapezza, who’s been covering higher education in Massachusetts for years, said he was also surprised how hard it was to get former students on tape for the story. “There’s a real sense of shame,” he said. “We’re often not talking about a lot of money, maybe just $200. But for them that’s a lot. It could be the difference between paying rent or not.”

+ In his newsletter this week, Paul Fain wrote about the push for more “incremental credentials.” One expert told him: “The traditional degree-centric system is punitive to many learners. It treats students who drop or stop out as if they have no college-level learning despite the growing array of shorter-term credentials they could earn.”

Several new studies and reports have come out in recent weeks that explore inequities in higher education: what causes them, why they matter, and what can be done. Some highlights:

Whether or not you have a bachelor’s degree affects your life expectancy: The number of years a person without a bachelor’s degree can expect to live between the ages of 25 and 75 has declined in the United States for most of a decade (even before COVID-19), according to a report this month from the Proceedings of the National Academy of Sciences.

“The bachelor’s degree (BA) is increasingly dividing Americans,” the report’s authors wrote. “The one-third with a BA or more live longer and more prosperous lives, while the two-thirds without face rising mortality and declining prospects.”

Federal policymakers can incentivize socioeconomic diversity: To improve equity in higher education, federal policymakers should both invest in broad-access colleges that serve large numbers of low-income students and pursue policies that increase their numbers at selective, well-resourced colleges, a new issue brief from Ithaka S+R argues.

“Higher education’s resources are currently concentrated in a relatively small number of institutions and are spent on a disproportionately white and wealthy student body,” the authors wrote.

Club membership comes with big social-mobility premiums: Researchers at the National Bureau of Economic Research examined records of the careers and college activities of Harvard students from the 1920s and 1930s to explore whether interactions between low- and high-status peers could integrate the top rungs of the economic and social ladder.

It’s probably no surprise to hear that membership in exclusive campus clubs matters a lot: High-status students from prestigious private high schools performed worse academically than other students, the working paper found, but were much more likely to join exclusive campus clubs. Members of those clubs went on to earn 32 percent more than other students and were more likely to work in finance and join country clubs, both characteristic of the era’s elite.

Jewél Jackson and Maria Ramos Pacheco tell the stories of international students living in the border region near El Paso and the challenges they’ve faced in the pandemic. One graduate student was on her way to meet with her thesis chair at the University of Texas at El Paso when border officers detained her and threatened to take her visa. Her professor had to prove she was telling the truth.

“They make you feel like you are doing something bad when the only thing you are trying to do is going to school,” the student said.

In Cleveland, Amy Morona reports on the steep drop in national community college enrollments among Black men. At Cuyahoga Community College their numbers fell by 33 percent.

At the first community forum about whether to change the name of Cabrillo College, an historian’s talk was supposed to offer a balanced view of the 16th century explorer’s life. Instead, Nick Ibarra reports from Santa Cruz, it courted controversy.

Nursing schools turn to simulations during the pandemic. But do they work?
The pandemic has restricted clinical placements in hospitals, forcing nursing students to practice skills on mannequins and virtual patients. (calmatters.org)

Students reflect on what has worked, what has not, and what they want from their colleges post-COVID. (Inside Higher Ed)

Daniel Greenstein is seeking approval from his board and state officials to merge six of the system’s universities into two enhanced institutions and to streamline delivery of instruction. He said he is prepared to recommend that the board return to the Legislature next year with a proposal to abolish the four-decade-old system if critical changes are not approved this year. (Pittsburgh Post-Gazette) 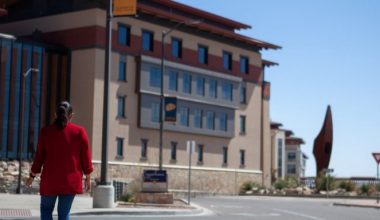 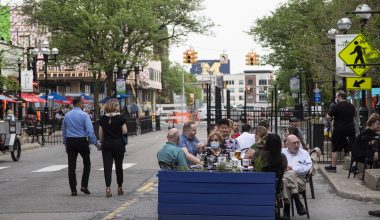 The relationship between cities and their universities is interdependent, but very imbalanced. Some mayors hope the pandemic could change that.

What do we make of a year like 2020? Oral historians in Santa Cruz are starting by documenting first-hand accounts of students and staff at the University of California. 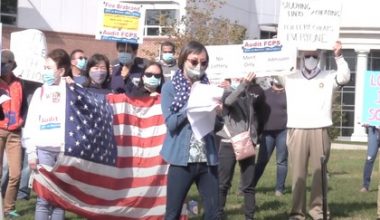 A battle over how one of the nation's best high schools selects students is stirring passionate debates about immigrant dreams, the notion of "spurious precision," the case for "collective merit," and race. 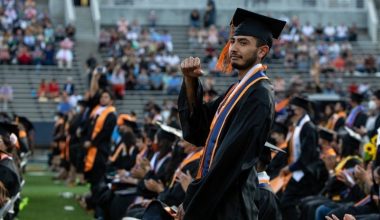 Even after graduation, divides between first-generation college students and others remain.
Back to top