Will football return to Cabrillo College?

Cabrillo College suspended its football program in May of last year, on the heels of one of the Seahawks’ best seasons in decades.

It wasn’t the surging pandemic driving the move. Instead, it came in response to sanctions imposed on the program because a Seahawks coach had helped out-of-area recruits secure housing — a violation of Northern California Football Conference rules.

Cabrillo officials self-reported the violations, prompting the conference to impose two years of probation and suspension from postseason play. College trustees then responded by pressing pause on football and forming a committee to evaluate whether the program should continue at all.

A decision is now drawing near. The Cabrillo College Board of Trustees is expected to vote on reinstating the football team at its May 10 meeting.

The committee is recommending football be allowed to return subject to additional oversight and rules aimed at improving athletes’ academic performance — and limiting the number of out-of-state recruits.

Some college trustees are skeptical, raising questions ranging from the safety of the sport to equity with other programs. For Cabrillo athletics director Mark Ramsey, however, the path forward is clear.

“Undoubtedly we should bring football back,” Ramsey said. “I grew up in this town and I remember going to Cabrillo football games. I think it’s a huge part of this community.”

Ramsey was among seven members of the committee appointed to review the football program, which has produced seven players who have gone on to play in the NFL.

Their review turned up several noteworthy trends. It found the percentage of football players recruited from out of state shot up from 8% in 2016–17 to 40% the next year — averaging about 31% over the past five years.

“That causes problems from a lot of different angles,” said Amy Lehman, Cabrillo’s interim vice president of student services and another committee member, as she presented the report to college trustees on Tuesday. “There’s not enough familial support, social support — it’s more expensive to be an out-of-state student.”

Another noteworthy finding: About 75% of student-athletes surveyed said they were unprepared or uninformed about the high cost of living awaiting them in Santa Cruz County.

After a year of meeting regularly and surveying student-athletes and the wider college community, the committee is recommending football be reinstated. But the recommendation comes with a list of caveats that Lehman said represent a “commitment to change.”

Among other changes, the committee is recommending the football program:

Eric Gerlach, an equipment specialist in the Cabrillo College athletics department, urged the board to reinstate football.

“I’ve seen so many young men move on and be successful just because they had the opportunity to keep doing something they love,” Gerlach said. A graduate of Soquel High, Gerlach played football at Cabrillo before transferring to Cal State Hayward and going on to play professionally in Germany for several years before finding his way back to the college’s athletics department.

Some trustees not convinced

Cabrillo trustee Steve Trujillo said he remains unconvinced. For one, the college’s high number of out-of-state athletes and a lack of emphasis on academics “frankly gave our school a bad reputation,” Trujillo said during Tuesday’s meeting.

And Trujillo and trustee Dan Rothwell each raised concerns about the safety of football compared to other sports. Trustee Adam Spickler, meanwhile, questioned whether the recommendations outlined could be implemented equitably across other sports.

When the decision comes back to the board next month, Cabrillo College President Matt Wetstein said he plans to push reinstatement of the program — citing the committee’s recommendation.

“I think that if we return to an emphasis that really focuses on our local community — kids, athletes — and presents that opportunity for them to come to Cabrillo to play sports, and in the midst of that, complete their studies, that’s what it’s all about,” Wetstein said.

Even if football is reinstated, however, it’s not completely clear when the Seahawks would return to the field.

The team’s probation extends through the 2021 season, barring any postseason play this year. And between the pandemic and the team’s suspension, recruiting a new coach and a full squad for the fall would prove daunting. 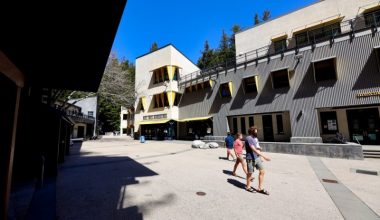 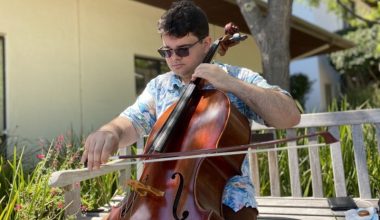 A report found soaring rates of out-of-area recruitment had led to housing and food insecurity for athletes, as well as subpar transfer and academic completion rates. But former athletes also spoke glowingly of the doors it had opened.
Back to top