The Colorado Senate gave initial approval to a $34.1 billion budget that boosts funding for K-12 and higher education with only modest changes.

The Senate will hold a final vote on Friday before sending the budget to the state House, where the proposal could undergo further changes next week. The Joint Budget Committee, which crafts the state’s spending plan, will then get final say over which amendments from either chamber make it into the 2021-22 budget.

Senate members on Thursday introduced 38 amendments, with only a few focused on education. The majority of amendments sought to increase funds for public health, human services, and transportation. Legislators spent just a few hours debating the changes, a contrast from previous years when budget votes went late into the night.

Of the seven amendments focused on education, five were approved in the upper chamber, including a funding increase for special education and a new chief equity officer position for the state higher education department who will tackle gaps in who graduates college.

Senators approved an additional $10 million from the state education fund for special education programs for children with disabilities.

Special education is particularly poorly funded in Colorado, with legislators consistently failing to allocate enough money to meet guidelines that call for schools to get at least $1,200 for every student with a disability and more than $6,000 for each student with more significant challenges.

While state spending for special education increases every year, those increases don’t keep pace with the growth in the number of students identified as having special needs.

“Don’t these students deserve to be at least 50% of what we say we want to support them?” said state Sen. Rachel Zenzinger, an Arvada Democrat and Senate Education Committee chair.

The Senate also approved a trio of amendments filed by state Sen. Jim Smallwood, a Parker Republican, focused on student mental health. While all three initially were voted down, the Senate later voted to approve the amendments.

And the Senate approved spending $160,000 to create a new chief educational equity officer position within the Colorado Department of Higher Education. State Sen. James Coleman, a Denver Democrat, said the position will help Colorado focus on ensuring students of color and those who are low-income earn degrees. The state has a goal to get 66% of its residents with a degree or credential by 2025.

The position was cut last year due to the pandemic’s impact on the state budget. Funding for the position wasn’t reintroduced into the higher education budget this year despite lawmakers targeting funding increases for college and universities.

“It’s just common sense that if you actually want to achieve your goals, you need to be able to put the right resources into supporting those goals,” she said.

Overall, the proposed budget restores many cuts made last year in response to the pandemic, resulting in big increases for K-12 and higher education. Colorado has more money this year because lawmakers cut deeply last year, but tax revenues were better than expected. That allowed unspent money to be rolled over.

The proposed budget calls for $7.8 billion in spending on K-12 education, an 8.7% increase from 2020-21. Almost $5 billion would come from the state, with the rest covered by school districts. School districts would get $8,857 per pupil on average, a 9.7% increase.

The budget also puts $100 million into a fund that helps cash-strapped districts pay for construction projects, restores grant programs that were cut last year, and builds up a substantial reserve in the state education fund in case tax revenues decline in the next few years.

Lawmakers also plan to restore $494 million in state funding to higher education after pandemic cuts last year and want to send another $100.3 million more to support colleges and their students. In total, the proposed $1.2 billion for colleges and universities next year will almost double spending over this year.

The other education amendments, all backed by Republicans, failed to gain traction.

State Sen. Paul Lundeen, a Monument Republican, proposed sending $60 million more to schools in the form of grants for tutoring and summer school to combat pandemic learning loss. He argued the funds would  provide necessary support for struggling students. Democrats said the budget already includes funding for struggling students through state and federal dollars, with schools required to spend 20% of the most recent round of federal aid on combating learning loss.

An amendment to change capital spending for colleges and universities also failed.

The bulk of the Republican amendments dealt with transportation funding, another long-neglected area in the state budget. All of the amendments were unsuccessful, with Democrats unified against them.

The Biden administration is working on a plan that would send $2 trillion to improve infrastructure, including roads, and aid in the economic recovery. Republicans argued the road projects include immediate needs to better life for Coloradans, especially in rural areas, and there’s no guarantee that the Biden administration’s plan will come to fruition. 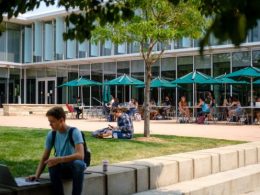 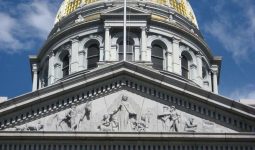 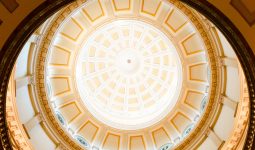