Where Congress is headed on workforce issues

This week’s issue looks at VR and diesel tech, calls for lifelong learning accounts, and a possible funding snag for Michigan’s ambitious free community college scholarships for working adults. (To get this newsletter in your inbox, sign up here.)

This week the U.S. Senate held its first hearing on workforce development in years. The HELP Committee hearing gave a glimpse of where Congress might be headed amid a flurry of trillion-dollar stimulus and jobs proposals from the Biden administration.

It’s a safe bet that the committee, which has long focused on colleges in its action on postsecondary education and training, will spend more energy (and money) on apprenticeships and other non-traditional pathways to jobs.

The Congressional interest reflects shifts in how people prepare for the job market and move through their careers. Before the pandemic, those changes were probably coming in 7-10 years, says Maria Flynn, the CEO of JFF and previously a long-time veteran of the U.S Department of Labor. But that time horizon has shrunk to 2-3 years, predicts Flynn, who testified at the Tuesday hearing.

Flynn said in an interview that the goal of her testimony—and the hearing itself—was to take a broad view of the big issues on the table: free college, student loan cancellation, reauthorization of the Workforce Innovation and Opportunity Act (WIOA), apprenticeships, Pell Grants, and more.

“How can we tie these conversations together?” Flynn says.

In her written testimony, Flynn called for the creation of a “modern, agile, equitable, resilient, and innovative” workforce development system. And even before the pandemic and recession, the U.S. workforce system was overdue for increased investments and transformation. But she said the COVID-19 crisis “exponentially increased this need for change.”

Among Flynn’s specific asks were:

Some of Flynn’s recommendations overlap with the findings from a U.S. Government Accountability Office report released this week. The report was based on an expert roundtable the GAO conducted on options to better serve millions of workers who are experiencing economic disruption.

The group called for creating lifelong learning accounts, prompting employers to develop apprenticeship programs, and providing universal assistance for all workers who lost jobs due to mass layoffs, trade policy changes, or other economic disruptions.

“It remains to be seen how a proposal around lifelong learning accounts would fit into other pressing federal business, but there seems to be a strong and growing consensus around the need to make financing for periodic reskilling more affordable,” Flynn says. “And we have the policy vehicles in place to make those changes through changes to WIOA, Section 127, and policies in the federal tax code that could provide tax-advantaged status for individuals who save for or invest in lifelong learning.”

Diesel tech is a high-demand field with jobs that pay a living wage. But with a shortage of workers, industry groups and postsecondary providers are getting creative about how to attract and train talent.

Due to changing industry standards and a wave of retirements, more job openings are projected for diesel mechanics and technicians over the next decade. The growth will be fastest among workers with college-level learning, according to federal data. Yet training programs produce only 3,500 or so graduates per year.

Alabama’s Wallace State Community College announced this month that it will pair virtual reality simulations with paid apprenticeships in an effort to generate interest in diesel tech and to help thousands of working adults get good jobs in the industry.

The new program will place students in an environment that seeks to replicate the experience they would have working in a diesel engine, truck, or automotive repair shop, says Vicki Karolewics, Wallace State’s president. “The message we want to send is that these careers are not only inclusive and accessible to a wide variety of working adults, but also offer pathways to stable and well-paying jobs.”

Wallace State last fall created Diesel by Distance, a training program with fully-online and self-paced instruction that features periodic “competency demonstrations” that can be scheduled on weekends or evenings.

The two-year college tapped federal funding to recruit women to the field, which has long been dominated by men. And it has partnered with the Alabama Trucking Association and other diesel trucking employers to offer job-placement assistance to graduates.

This month Wallace State announced that Diesel by Distance would feature simulations from TRANSFR, which develops VR tools for on-the-job training. Bharani Rajakumar, the company’s CEO and founder, says other community colleges and K-12 schools are using TRANSFR’s simulations. For example, Coastal Bend College in Texas offers the technology to middle-school students to help them explore career paths.

“We see all kinds of applications in diesel technology and automotive repair,” says Rajakumar, “but also in other still-growing fields such as nursing, culinary arts, construction, and advanced manufacturing.”

Men are faring better than women in the job market as the economy recovers, with twice the job growth in March, according to the Institute for Women’s Policy Research.

To hire more women, start by promoting women, according to Handshake, a career site for college students with more than 7 million active users. The company this week released results from a survey of student job seekers that found that 65 percent of Gen Z women look for women in leadership roles at an employer before applying for a job there. In addition, a majority of all respondents said showing salary ranges in job postings makes them more likely to apply.

Michigan last year created two of the nation’s most ambitious free college scholarships. But some GOP lawmakers in the state have voted not to fund the two programs. The budget process is far from over, however, and the state’s business leaders have supported the scholarships—as had Republican lawmakers.

The Futures for Frontliners program offers free community college tuition to Michiganders without college degrees who worked in essential industries during the state’s COVID-19 shutdown last spring. Michigan Reconnect covers all tuition at in-district community colleges for residents who are at least 25 years old and lack a college degree. Both scholarships include funding for skills certificates as well as degrees.

More than 60,000 people have applied to Michigan Reconnect, according to Higher Ed Dive. And Futures for Frontliners doubled that number with a whopping 120,000 applicants.

This week, however, the Republican majority in the appropriations subcommittee of Michigan’s House of Representatives voted down $120 million requested by Gov. Gretchen Whitmer, a Democrat, for two years of support for Michigan Reconnect. The subcommittee also nixed $39 million Whitmer requested for Futures for Frontliners. A Michigan Senate subcommittee largely followed suit, meaning that Futures for Frontliners would run out of money this fall under the proposed budget. Michigan Reconnect would have $30 million next year under the Senate proposal.

Mike Hansen, president of the Michigan Community College Association, cited the “deep concern of cutting off funding for these programs that have had more than 150,000 applicants already and the impact of eliminating the program just as so many students are starting their coursework,” in a Tuesday email to the association’s Board of Directors.

The folks at Credential Engine raised an interesting question during a recent conversation. As part of the organization’s work to map the credential ecosystem, what can be done to also reveal the assumptions and potential biases that underpin that ecosystem?

How can we best ensure that the information about credentials that Credential Engine and so many others are working to make transparent is not itself shaped by inequities, and therefore at its core already skewed in its ability to increase access to equitable opportunities? For example, are transfer value recommendations at their core inclined to suggest greater value for credentials that are more likely to be attained by white, middle- and upper-class students? How about pathways? Or labor market outcomes?

Please send thoughts to me and/or Scott Cheney: scheney(at)credentialengine.org

The Biden administration plans to include free community college as part of a forthcoming stimulus proposal. The Washington Post reported that the American Families Plan could include more than $1 trillion in proposed new spending and tax credits, including two years of tuition-free community college.

Inside Higher Ed this week published competing takes on a bill that would open up federal Pell Grants to programs as short as eight weeks. Short-term Pell lets employers off the hook and could put workers at greater risk, argued Daniel Bustillo and Amy Laitinen. But Jamie Merisotis and Julie Peller wrote that allowing learners to use Pell for shorter-term programs could help develop an infrastructure for our nation’s talent by linking training, education, and employment.

Georgia’s Valdosta State University this month announced it was creating the new Online College for Career Advancement to compete with large online institutions by charging an all-inclusive tuition rate of $299 per credit. “Why do more than 67,000 of Georgia’s online adult learners choose to pay more to attend an out-of-state college?” the university said. “Beginning this summer, the answer is that they will no longer need to.”

The New York Times recently described top theories to explain apparent labor shortages, including in the restaurant and trucking industries. One is that workers may be reconsidering their careers. “Many people who have long done hard, physically demanding work—with odd hours and modest pay—might second-guess those choices when faced with a year of crisis,” the newspaper said.

OneTen is a relatively new coalition of executives at more than 40 large companies who have committed to upskill, hire, and advance one million Black Americans into family-sustaining jobs with opportunities for advancement over the next 10 years. The group said: “OneTen is cultivating a comprehensive system that focuses on skills-first and enables greater opportunities for earned success.”

2U, the ed-tech company, will offer its Career Engagement Network resources and job-recruiting opportunities at no cost to all students and graduates of 2U-powered online programs. “Rather than just looking at local talent, we’re now looking at programs like 2U-powered boot camps that help candidates build strong technical skill sets,“ said Lauren Stevens, talent brand specialist for State Farm.

The Center for Law and Social Policy (CLASP), a nonprofit anti-poverty organization, is hiring a director for its Education, Labor, and Worker Justice team, which seeks to expand access to high-quality postsecondary education for low-income and adult learners, among others. 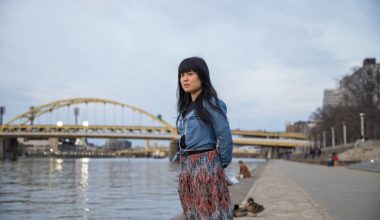 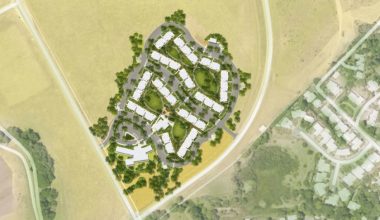 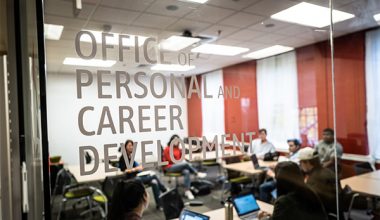