Travel rules were eased for international students. Now what?

Possible hurdles after the State Department lifts restrictions on international students, calls for more transparency on travel warnings, and highlights from a webinar on anti-Asian racism — it’s all here!

The announcement last week that student-visa holders from China, Brazil, Iran, and South Africa would be exempt from Covid-related bans on travelers from those countries to the U.S. was a welcome piece of good news for international enrollments.

Still, the much-anticipated decision by the U.S. Department of State, which applies to study that begins after August 1, is not without uncertainty. Here are a few unknowns:

Amid a backlog, will students be able to get visas? The State Department announcement comes on the cusp of the three busiest months for student-visa processing: May, June, and July.

I looked at the last three “regular” years for visa processing, 2017, 2018, and 2019. In mainland China, the top source of international students, the U.S. government issued, on average, 75,713 F-1 student visas between May and July — 2.5 times as many they did in the other nine months combined.

In the pandemic summer of 2020, by contrast, just 160 Chinese student visas were approved, which hints at the enormous backlog that could be looming. (Frankly, I’m surprised even at the 160.) It’s possible current demand could be double that of a typical year.

That means consular officials will need to shift into high gear, and fast, to get visas approved in time for the fall semester. Visa appointments are expected to begin this week.

On the positive side, the announcement was made before the summer rush. Another good sign: The national-interest exemption was narrowly tailored to students — as a result, their applications won’t be competing with those from business or leisure travelers as they move through the queue. Even during peak season, students account for about one in six visas issued in China.

Student-visa volume in the other three countries included in the announcement, Brazil, Iran, and South Africa, isn’t nearly as high, but they have their own issues. Prospective students from Iran, for example, must travel to neighboring countries to apply.

Nor are problems limited to this handful of countries — the U.S. embassy in Moscow announced that it was restricting consular services as the result of a standoff with the Russian government over the hiring of local staff.

Will students be able to travel to the U.S.? The number of passengers traveling internationally is about a third of what it was before the pandemic, according to the Bureau of Transportation Statistics, and so flights have been reduced. That’s especially true of routes between China and the U.S., where the number of flights dropped from 300 a week to just a handful at height of the pandemic. Availability has since improved, but with a large number of students needing to travel to America within a fairly narrow window, between mid-July and early September, demand could outstrip supply.

Families will also be carefully watching cost. When students sought to return home in the early months of the Covid-19 outbreak, airfares soared. Could that happen again? After the restrictions were lifted last week, ticket prices between Beijing and Boston quadruped.

What happens when students get here? As of Friday, 190 colleges had announced they would require students to be vaccinated before coming to campus for fall. In many cases, campus policies stipulate that students be inoculated with U.S.-approved vaccines. Yet many international students, in China and elsewhere, do not have access to these vaccines, or sometimes to any at all.

In recommendations released last week, the American College Health Association said that colleges should refer to local, state, and federal guidelines about the efficacy of non-American vaccines and should offer re-vaccinations to international students when appropriate. But at the moment, college administrators tell me they are operating with little guidance: Which foreign vaccines are OK? Is re-vaccination safe? How can they get students to campus with ample time to be vaccinated and quarantine without missing the start of classes?

And don’t count out Covid. India offers a sobering reminder. Case counts had appeared under control there only to surge back at record rates. Consulates reopened then closed again, and visa services have been canceled until mid-May, at least. On Friday, the White House announced it would follow the lead of other countries and bar travelers from India. Students, however, will be excluded from the entry restrictions.

“We’re reeling from Covid here right now,” Marcy Newman Murli, a college counselor in Karnatka messaged me the other morning. Who knows, she told me, what will happen to her students’ plans to study abroad.

Another welcome policy announcement: Also last week the U.S. Department of Homeland Security said it would extend pandemic guidance to give international students flexibility to study online for the 2021-22 academic year. Prior to the pandemic, international students were required to take almost all of their classes in person.

A new study suggests potentially troubling conflicts of interest can arise when the creators of global university rankings also act as consultants to universities.

Research by Igor Chirikov, a senior researcher at the Center for Studies in Higher Education at the University of California at Berkeley, found universities that had frequent contracts for services with QS experienced greater upward mobility on its QS World Rankings. (Igor’s my colleague at CSHE.)

His study looked specifically at Russian universities, comparing the rankings performance and national statistics for those that paid QS for consulting and those that did not. Universities with QS contracts increased their position more than they would have without such connections.

“Taken together, these findings suggest that conflicts of interest may produce significant distortions in global university rankings,” Chirikov said.

This is believed to be the first empirical research linking rankers’ conflicts with impacts on the rankings themselves.

In a letter to the State Department, NAFSA called on the Bureau of Consular Affairs to “adopt a more nuanced approach to its travel advisory ratings.”

The department abruptly changed its methodology for calculating travel warnings to rely more on Centers for Disease Control and Prevention assessments of Covid risk, shifting 80 percent of countries into “level 4: do not travel” designation, the highest tier.

Esther D. Brimmer, NAFSA’s executive director, noted that colleges and program providers rely heavily on the advisories to make health and safety decisions about study abroad. The changes could lead to program cancellations and could sour relations with overseas partners, she wrote. Brimmer asked that the travel-warning system be updated in a “transparent and timely manner” and that Consular Affairs engage more with stakeholders in this work.

In its response, the State Department said that the call for nuance in travel advisories is “well taken” and that it will look for ways to “evolve” the system. But the government didn’t back down from the decision to raise warning levels.

In last week’s newsletter, I wrote about the impact of the advisories on study abroad. But colleges rely on State Department guidance more broadly, for international-recruitment travel and faculty research overseas. How are the changes affecting your institution? Email me at latitudesnews@gmail.com with your response. You can send other feedback, story ideas, or news tips there as well.

And thanks for sharing latitude(s) with your friends and colleagues. If they like it, please encourage them to subscribe. It’s free and extends the newsletter’s reach.

Growing up in China, Ruwen Chang never saw herself as Asian or as having a racial identity. But when she came to the U.S. four years ago for graduate school at the University of Kentucky, it became part of her “visible existence.”

Her Chinese friends warned her that she could be singled out because of her race. “I knew it was something that could happen to me,” Ruwen said, “and it was a very painful realization.” Then an incident occurred on her daily walk, her stress release during the pandemic — a driver on the street shouted at her, “Go back to China.”

Ruwen shared her experience as part of a webinar organized by latitude(s) and the University of Kentucky’s Office of China Initiatives on international students and anti-Asian racism. The hourlong session offers insight into the toll discrimination can take on international students’ mental health and ideas for educational programming and student support that colleges can adopt. Watch here:

Those of you who registered for the webchat should receive a link to the recording as well as a list of resources from our outstanding panelists.

Kudos to our wonderful speakers — Ruwen, Yuezhong Zheng, Kelly Wagner, and Katie Koo — and to Huajing Maske, Madelyn Higdon, and the rest of the team at Kentucky for their work. And to our audience, for your excellent questions and observations, thank you.

Let’s talk more! I plan to organize more latitude(s) conversations about important topics in international education. Tell me the subjects that most interest you, latitudesnews@gmail.com.

In a letter to Congress, higher ed groups ask that funding for EducationUSA to help recruit international students be more than doubled, to $50 million, warning that the U.S. could lose its “competitive edge.”

Florida’s legislature has passed a bill imposing new scrutiny of foreign funding and research ties at the state’s colleges and universities.

Ontario’s premier is asking the Canadian government to suspend the arrival of international students to the province.

Australia has announced an aid package for international-education providers hit hard by Covid.

A professor in Florida has resigned amid an investigation into his role in the suicide of one of his graduate students who was from China.

A co-founder of Chinese e-commerce giant Alibaba is giving funding to the University of California at San Diego to help start a 21st Century China Center.

A graduate student researching abortion laws has been imprisoned in Egypt.

Gunmen who abducted Nigerian university students have killed five of them.

British universities have shuttered humanities and social sciences programs after a government call to focus on fields with strong post-graduate employment rates.

Academics are warning that an amendment to a law governing Japan’s universities could erode their autonomy.

Hungary’s Parliament transferred control of a dozen state universities to quasi-public foundations led by allies of the country’s prime minister, the latest test of academic freedom there.

A plan for Hungarian taxpayers to subsidize the construction of local Fudan University campus is caught in controversy.

Myanmar’s military junta has announced a reopening of universities, but many students and professors say they will not return to the classroom and will instead continue their protests.

How to sustain a “Biden bump” in international enrollments.

Keep up with the latest news in international education between issues by following me on Twitter or LinkedIn.

An artist and instructor at the School for Visual Arts asked his illustration students to come up with post-pandemic New Yorker covers. Have you seen them? They’re all amazing, but I think this one is my favorite:

Which one speaks to you? 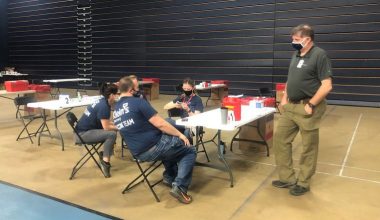 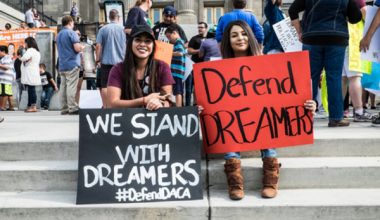 Legislation to provide legal protections and a path to citizenship for DACA recipients and other young immigrants has remained stymied in Washington, although President Biden is supportive of such changes. And many immigration-law experts think a federal judge in Texas could rule the current program unlawful.

All five of the most popular destinations for American students — France, Germany, Italy, Spain, and the UK — have been labeled "do not travel" by the State Department.

The provision is part of a bipartisan bill meant to counter China's global influence.

A new study counters a common misconception that international students crowd others out.

Plus, international education groups call for a moonshot on global learning.

Now, a scholar says, it’s just been “made more visible.”
Back to top