Like many of you reading this newsletter, I’ve been slowly reentering the world as lockdown restrictions lift in my city. Part of that reentry has been going back to the theater to finally see movies on the big screen again and one of my first viewings was a film that last month garnered a lot of conversation about representation: “In the Heights.”

For all its faults in tackling colorism and Afro-Latinx representation in film, there was one minority experience that I felt “In the Heights” handled remarkably well and that was the story of first-generation college students.

There was a lot that I liked about the movie — the big musical numbers and main actor Anthony Ramos’ undeniable charm for example — but the scenes that hit the closest to home the ones with Nina Rosario, played by Leslie Rose, a first-generation college student who has returned home to Washington Heights after her first year at Stanford.

We hear about Nina from other characters before we see her in the film. She’s beloved in the neighborhood so naturally, people on the block are excited to see her back and her return is a signal that one of them has made it out there in the world.

No one is more excited than her father, Kevin Rosario, who’s sold a part of his business to help his daughter achieve her dream. We see throughout the film that Nina’s higher education aspirations are just as much her father’s as they are their own, which is so often the case with first-generation students. Nina feels the weight of her father’s expectations as she struggles to admit to him how out of place she’s felt during her first year away.

The story finds Nina at a crucial time for many first-generation college students. One-third of first-gen students drop out of college before they finish their degree, compared to just a quarter of students whose parents have degrees. After a year spent struggling with coursework, being mistaken for wait staff, and even being accused of stealing her roommate’s jewelry on her first day, Nina’s also ready to call it quits.

Those reasons are laid out pretty clearly in the movie, but I also really appreciated the subtle ways that Nina’s identity crisis is depicted in the film. When she first returns from Stanford, her naturally curly hair is flat-ironed pin-straight, as a symbol of the ways she’s tried to change herself to conform to her new environment. It’s not long after she’s home, however, that the curls are back. I’m sure many first-gen students watching could think back to the small ways they changed or downplayed their own identities to fit into new spaces.

I can’t say that the depiction of the first-generation college experience depicted in the film was a one-to-one comparison with my own. Still, what I appreciated was how honestly it portrayed the vulnerability that comes with being a first-generation college student while still allowing Nina to be in full control of her own story. When she decides she can’t continue with college, the film never tries to downplay her fears and insecurities. Her story is given the same amount of grace once she decides to pick herself up again.

In the song, “Breathe,” we get to hear Nina sing about all the insecurities she feels as a first-generation college student. She’s unable to find herself or her community on her campus but the internal conflict she feels about this only makes her feel like a failure when she returns home.

It took a village of support to get Nina back to Stanford, but ultimately the decision to return was her own. The representation of the first-generation college student experience in “In the Heights” is an affirming one for many students in Nina’s shoes.

One of my favorite scenes with Nina is the last we see of her. In a moment that felt personally poignant, when Nina finds her motivation to return to school, she does so by leaving for the airport on the 1 train — the same train I took at the start of every semester to catch my Megabus back to Boston for school.

I want what I do with this newsletter to be shaped in large part by what I hear from readers and other first-gen students, post-grads, and alum. Since restarting this newsletter, I’ve heard from several readers who have questions about how I navigated college and how I’m getting through my first year of post-grad life and I think a lot of those answers would serve that purpose.

In the future, I’ll be answering questions submitted by First Gen readers using some reporting and my own expertise. Do you have a question about student loans, internships, work-study, or anything else first-gen related? 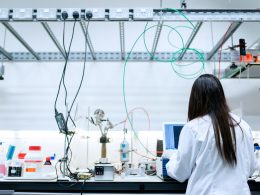 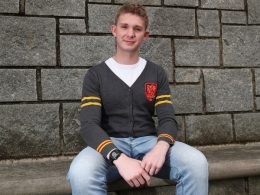 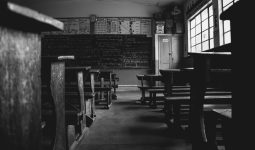 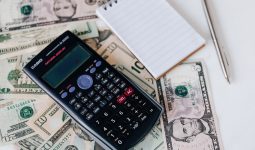