There’s little research on working adults. A new project seeks to change that.

Hello! This week’s issue looks at a broad science project on working learners that Stanford and the NSF just launched. Also a new analysis of ROI data on college certificates, and more. (Sign up here to get this newsletter.)

New ‘Science of the Working Learner’

We don’t know enough about which nondegree programs pay off for students and which ones don’t.

The pandemic also has muddied that calculus, as lower-income students face more time demands, financial barriers, and uncertainty in the job market. Yet interest in short-term programs is rising, with community college leaders saying that working learners want to move quickly to earn a credential that can help them land a well-paying job.

At the same time, the consensus among experts is that the data and research are lagging developments in the market. As a result, sources say policy makers are desperate to figure out which postsecondary education and job-training programs might be worth large new investments.

Looming at the center of all this is a question: What are acceptable results for these programs?

What’s new: To help fill in these knowledge gaps, a group of 180 academics, researchers, and other experts gathered virtually in July to discuss an applied science to support working learners. The conference site features presentations and background material on a wide range of topics.

Organizers of the conference, which was sponsored by the National Science Foundation and hosted by Stanford University’s Graduate School of Education, hope it morphs into an ongoing conversation on shared scientific and policy goals.

“My co-organizers and I believe it’s important to call for public investment in building observational capacity to understand what kinds of programs work, for whom, and why,” says Mitchell L. Stevens, an organizational sociologist and a professor at Stanford’s Graduate School of Education.

“Another way of saying this is that we need infrastructure for doing science—not nearly as expensive as building roads and bridges, but perhaps even more important for informing public and private investment in the lifelong employability of Americans.”

The players: Geleana Drew Alston helped organize and contributed to the event. Alston is an associate professor in the department of leadership studies and adult education at North Carolina A&T State University, which is the nation’s only adult education–focused graduate program at an HBCU.

She said the gathering brought together researchers from disciplines that often don’t interact. For example, Alston says it was a welcome change to have special education experts and community college representatives at the virtual table.

“I’ve developed new relationships when it comes to my own research,” says Alston. “My tribe has expanded.”

The project allows an appropriately broad group of experts to put a stake in the ground to frame discussions about how to best serve working learners, said Sean Gallagher, founder and executive director of Northeastern University’s Center for the Future of Higher Education and Talent Strategy.

“What are the problems and issues that are out there? And how can the researchers make a difference?” says Gallagher.

The phrase “working learners” itself may get a boost from the gathering. While a few experts and college leaders have begun using the term, it’s hardly the default way to refer to this population. That could change soon.

Likewise, Gallagher says erroneous notions abound about adult students. “It’s not a magic growth market” for higher education, as Gallagher recently wrote in EdSurge. “Some of our old frames are just tired.”

Few academics focus on working adults. And Alston and Gallagher say it can be difficult to apply for research grants in this space. “It’s a niche that sits at the intersection of so many academic areas,” Gallagher says.

Likewise, most gatherings on adult students feature a single funder and a relatively narrow topic of discussion, which limits the sort of organic and open-ended scope that is needed at this crucial moment for students, the economy, and policy.

“You really need to understand the science of the working learner,” says Alston. “We continue to evolve with society.”

I recently interviewed Stanford’s Stevens about the conference and its goals, as well as the broader context for understanding the needs of working learners. To read our exchange, click over to Work Shift.

Michael Itzkowitz, former director of the College Scorecard, has been working for years to expand the knowledge base on the financial return on investment of both short-term and degree programs. He’s out this month with a new analysis of program-level data from the Scorecard that shows a substantial mismatch between the certificate programs that have the greatest financial return on investment, and the ones in which most students enroll.

The analysis by Itzkowitz, who is now at Third Way, looks at both the short-term and long-term ROIs for 40,000 different bachelor’s, associate, and certificate programs that had to report publicly available data to the U.S. Department of Education. The data cover 2.2 million graduates in 2017-18. (Data were not available for very small programs, or for students who enrolled but didn’t complete.)

The analysis found that certificate programs were more likely to produce a short-term ROI than were bachelor’s programs, which typically cost more in time and money—but they were less likely than associate programs to do so. All told, only 48 percent of certificate programs pay for themselves in additional earnings within five years.

“People enroll in certificate programs with the assumption that they will be adequately trained and prepared to succeed in the workforce immediately,” Itzkowitz said. “These new data show that while some offer that opportunity to their students, over half of them fail to deliver on that promise, leaving them with no economic return on the investment for the preparation they paid for.”

That variance has to do with both individual program quality and field of study. Fields that had both relatively large enrollments and delivered the strongest five-year ROI included transportation and materials moving, industrial equipment maintenance, and practical nursing.

The analysis also found wide variance among programs, such as those in allied health, that are often lumped together in the everyday vernacular. For example, nine in 10 programs for allied health diagnostic, intervention, and treatment professions provide a return within five years. But those programs graduated just shy of 8,000 students in 2017-18. In the much larger field of allied health and medical assisting services, with almost 70,000 graduates, more than half of programs provided no ROI at all.

“Related programs can have drastically different outcomes, even when awarded at the same credential level,” Itzkowitz wrote.

The full methodology and other findings from the analysis can be found here.

In Cleveland, adults are choosing programs with no clear labor market demand
In places like Cleveland, the economic future increasingly rests with adult students—but a new study finds that many of those at the metro’s largest university are choosing majors that have no direct labor market connection.

Paid internships helped make it possible for Ashley McCullough, founder of the Princess Project, to cover the costs of attending N.C. A&T—but the benefit was even bigger than that. Interns should be paid, she writes, because it shows them that their work has value.

The U.S. Departments of Education and Labor are encouraging colleges and state workforce agencies to help unemployment insurance beneficiaries access federal financial aid, including Pell Grants. The Education Department also created a new site for states to share with UI recipients to help them find college training programs that are eligible under the Workforce Innovation and Opportunity (WIOA) Act.

“Doubling Pell is only reasonable as part of a coherent, sensible approach to addressing concerns about cost and personal responsibility in higher education—not as part of an eclectic grab-bag of giveaways and bad ideas,” argue Beth Akers, a senior fellow at the American Enterprise Institute, and Frederick Hess, a senior fellow and director of educational policy studies at AEI, in an essay for The Hechinger Report.

Californians who have been laid off during the pandemic soon will be eligible for up to $2,500 in state grant aid for college or job training, reports Jeong Park of The Sacramento Bee. The California Student Aid Commission will use $500 million in federal relief funds for the grants, which should be available for the spring semester. At least half the funds will go to parents with children under 18.

The Presidents Forum and JFF are hosting a webinar next week on short-term credentials and how they fit in the broader ecosystem. Speakers include Sue Ellspermann, president of Ivy Tech Community College, Joe May, chancellor or Dallas College, and Camara Wilson, who earned a short-term credential at Ivy Tech. (I’m moderating.)

“Millions of employers will change their hiring, retention, and promotion practices” as the U.S. transitions to the use of learning and employment records (LERs), Isabel Cardenas-Navia, senior director of research at Workcred, and Shalin Jyotishi, a senior policy analyst at the Center on Education and Labor at New America, wrote in Issues in Science and Technology. The shift will alter the importance of degree and nondegree credentials and their relationship to each other.

More than 300,000 people in greater San Antonio hold some college credits but no degree, said Robert Vela, president of San Antonio College, during a JFF podcast episode (which I hosted) on how policy makers can help community colleges better serve adult students. “How do we get you back, get you graduated, but in turn have a funding model that incentivizes bringing those students back?” Vela said.

Faculty members were more likely to say that articulating the value of the liberal arts in career preparation is a significant challenge for their institution (34 percent) than were college administrators (about 22 percent), according to the results of a national survey conducted in fall 2020 by the Association of American Colleges and Universities. Financial constraints were the top-cited concern.

Roughly one in three U.S. workers under 40 have thought about changing their occupation or field of work since the pandemic began, according to a July poll conducted by The Washington Post and the Schar School of Policy and Government at George Mason University. Many respondents said the crisis heightened their realization that life is short and now is the time to make changes.

SUNY Orange and SUNY Empire State College have created a transfer pathway that gives registered nurses a direct path to an online bachelor’s degree, reported the Mid Hudson News. Interested SUNY Orange nursing grads can automatically enroll at Empire State, which will waive application fees and allow the transfer of 63 credits toward the four-year degree.

Arbitrary boundaries between high school and community college are beginning to blur and could point to a new way forward, writes Joel Vargas, vice president of programs at JFF. He describes a “model that is neither high school nor community college but a combination of the two that saves students time and money, while offering them new kinds of guided support and preparation for careers.” 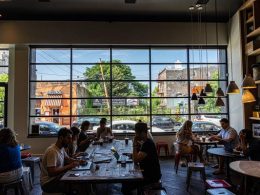 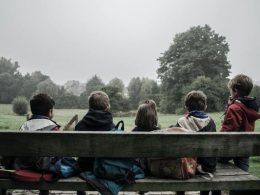 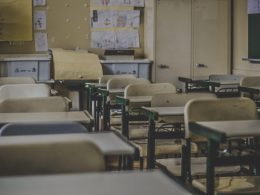 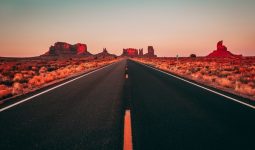