‘Everything was in Afghanistan’

How a group of female college students fled the country. Plus, more promising student-visa news and the end of Yale-NUS.

For nearly two weeks after Kabul fell under Taliban control, Maryam Khademi checked her phone constantly. Even in the middle of the night, she heeded its slightest vibration. She was waiting for news that she could leave Afghanistan.

Maryam feared that living under the Taliban would mean the end to the life that she dreamed of. She was part of a generation of possibility, raised in the nearly two decades since the conservative religious movement had last governed Afghanistan.

Her dreams took her from hometown near the border with Iran to Bangladesh, where she won a scholarship to study at the Asian University for Women. AUW has an unusual mission: To take young women — many poor, some refugees, most with little educational opportunity — and to transform their lives and their communities through liberal-arts education. In just a decade, its alumnae have gone on to government offices, to international-aid organizations, to graduate programs at some of the world’s best universities. Think of it as a whole college of Malalas.

(Here’s my profile of AUW and several of its remarkable students.)

At AUW, Maryam studied politics, philosophy, and economics and minored in development studies. She planned to return to Afghanistan after graduation, where she wanted to start a mentorship program to connect younger students with the kind of transformational educational experience she had.

When the Taliban began its advance across Afghanistan ahead of a planned U.S. military withdrawal, Maryam was in Kabul, studying remotely because Covid-19 had closed AUW to in-person classes. She feared for the worst. The Taliban has targeted students, professors, and universities in its attacks. In particular, it has opposed the education of women and girls. And by mid-August, its forces had taken Kabul.

Maryam was afraid to go outside. She didn’t have a burqa, the full-body veil and dress worn by some Muslim women. She felt vulnerable as a young woman. She wondered if this would be her life, confined to the house. “Would I have to forget what I was before?” she thought. “Would I have to become a different person?”

But her phone offered something different, a lifeline back to possibility. Afghan students are the second-largest group of students at AUW, and university officials were working feverishly to try to get students and its alumnae out of the country.

Finally, Maryam got the message she’d been waiting for. It took three attempts — navigating gunfire, hostile checkpoints, and even the terrible suicide bombing that killed more than 200 — but she and 147 classmates and recent gradutes finally made it to Kabul’s airport. (You can read my story about the harrowing evacuation effort in the Chronicle, free registration required.)

Exile from Afghanistan isn’t unfamiliar to Maryam’s family. Under the Taliban’s first rule, they fled to Iran. When Maryam called home from the airport to tell her family she was safe, her mother broke down in tears of relief.

Maryam had not allowed herself to cry since the Taliban had taken over. But when she boarded an American military plane last Saturday and lifted off from Afghanistan, “I finally relieved myself of those feelings that had collected inside of me,” she told me:

“I felt like someone took my heart out of my chest. Everything was in Afghanistan — my family, my work, my friends, my heart.”

Some students haven’t been so lucky. American University of Afghanistan students so far haven’t been able to get out of the country.

AUW officials had originally planned to take the students and alumnae to the campus in Bangladesh, but instead, they were airlifted first to U.S. military bases in the Middle East and then on to America. When I spoke to Maryam on Friday, she had landed a few hours earlier at Dulles International Airport, outside Washington, D.C.

How was she feeling? I asked. Numb, she said.

The students will be allowed to stay in the United States, at least temporarily. AUW officials — who hope to enroll another 200 Afghan students and bring them to Bangladesh — are talking with American colleges who might be open to taking in some of the evacuated students.

I rounded up a number of resources for how U.S. higher ed can aid Afghanistan in the last issue of latitude(s). Take a look.

A number of colleges and organizations have reached out to let me how your institution is supporting refugee students and displaced scholars. Keep ’em coming. I’ll share more stories in the coming weeks. Email me with tips, story ideas, and questions.

American consulates around the world issued nearly 14 percent more student visas in July than they did in the same month pre-pandemic, a sign that government visa processing is meeting pent-up demand.

Overall student-visa issuances for May, June, and July, typically the three busiest months, were 1 percent ahead of pre-pandemic levels, welcome confirmation of a fall rebound in international students after sharp Covid-related enrollment declines.

Nowhere was the increase in visa processing as marked as in India, the second largest source of international students on American campuses. Outposts there issued 31,547 visas in July — more than double the number they did in July 2019.

For consulates in India, it was a matter of catch-up. Visa services were largely suspended for several weeks amid a severe late-spring wave of Covid cases, and F-1 approvals in May and June were only about 60 percent of the same months pre-pandemic.

With the addition of July’s numbers, Indian visa issuances since May are 37 percent higher than during the same period in 2019.

In China, which accounts for more than a third of international students in the U.S., the number of visas approved between May and July was about 2 percent ahead of 2019 rates.

A ‘Bittersweet’ End to a Global College

Little more than a week ago, students and faculty at Yale-NUS College, the liberal-arts college created by Yale and the National University of Singapore, got a cryptic email: All classes would be canceled on Friday, August 27, and everyone should log into an online town hall meeting.

There, they got news that was sudden and shocking: As of 2025, Yale-NUS would cease to exist as an independent college and would be merged into new, interdisciplinary honors college that is part of NUS. This year’s freshmen, who had just begun classes, would be the last.

The decision to dissolve the prominent and prestigious college was unilateral — both Yale and NUS officials have made it clear that it was made on the Singaporean side. In a news release, Yale’s president Peter Salovey said of Yale-NUS, “We would have liked nothing better than to continue its development.” Pericles Lewis, Yale’s vice president for global strategy and Yale-NUS’s inaugural president, told me the announcement was “bittersweet.”

NUS administrators have been fairly tight-lippped about the closure, casting it as part of a broader campus reorganization. But several observers familiar with Singaporean higher ed’s international collaborations said that people should not perhaps have been surprised by the abrupt exit from the partnership. After all, Singapore has ended a number of high-profile international academic agreements, including ones with NYU, MIT, and Johns Hopkins.

“If you were aware of what has happened in the past 20 years, what has occurred with Yale-NUS would not be unexpected,” Janice R. Bellace, a professor at Wharton and a former president of Singapore Management University, told me.

I’ll have more reporting on the Yale-NUS breakup to come. Meanwhile, you can revisit the controversy over Yale putting its name on a college in Singapore. And I spent a week at Yale-NUS when it began its first classes.

Valparaiso University is the latest U.S. college to say it will close its Confucius Institute, citing criticism and the potential loss of federal funds.

A Kansas professor has filed a lawsuit against the FBI for allegedly misleading a federal judge while seeking warrants in a case against the professor for failing to disclose his ties to a Chinese university and talent-recruitment program.

The University of Tennessee chapter of the AAUP joins Asian-American groups in asking a judge to dismiss a case against a former professor at the university who was alleged to have hid his affiliations with China. Anming Hu’s original trial ended in a mistrial.

A Chinese government spokesman says three Chinese students were deported from the U.S. for suspected military ties because they had photos on their phones of mandatory training required of all Chinese students.

The family of a Chinese graduate student who killed himself is suing the University of Florida for failing to intervene in what it says was mistreatment by a professor.

BYU Law will start a Jerusalem Initiative that will allow students to study issues of international and domestic law related to the Israeli-Palestinian conflict.

Australian academics could be forced to reveal their political and financial histories under new legislation.

Did the University of Nottingham pay too much for its Malaysian branch campus?

“Xi Jinping Thought” will now be taught in all Chinese universities and schools.

Hungary’s National Election Committee has approved a plan to hold a referendum on the controversial construction of a Chinese university branch campus.

Canada’s Ryerson University will change its name amid a reckoning over indigenous residential schools.

For those who asked, the lake… 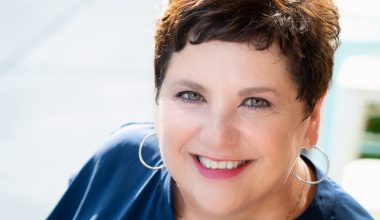 One of the most ambitious partnerships in international education abruptly came undone when the National University of Singapore announced that it was ending its pathbreaking joint liberal-arts college with Yale.

A federal judge has acquitted a former University of Tennessee professor accused of hiding his ties to China after the case against him crumbled. 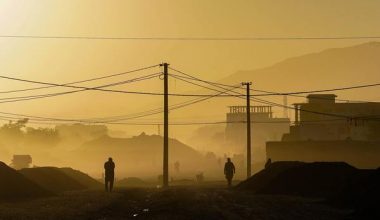 As the precipitous and tragic crisis in Afghanistan unfolds, students, scholars, and researchers are vulnerable. 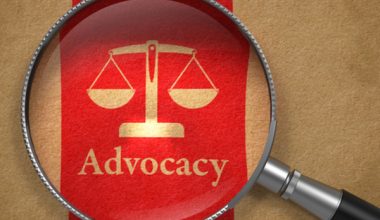 The China Initiative, the Justice Department’s sweeping investigation of economic and academic espionage, has spawned new activism and advocacy. 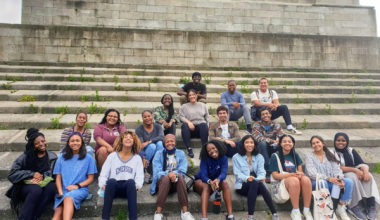 Education abroad remains far less diverse than U.S. higher education as a whole, and students of color can face hurdles in going overseas. 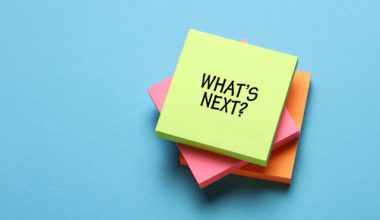 The federal pledge of a “renewed focus” on international education is exciting for a field that has felt both overlooked and under siege in recent years.
Back to top