Welcome back. This week includes a look at bootcamps earning accreditation amid a boom in related offerings by ed-tech companies. Also, why Salesforce is going big with digital badges, and a new study on sub-baccalaureate credentials. (Sign up here to get this newsletter.)

Conventional wisdom about coding bootcamps may be due for an update.

The sector is expanding rapidly, particularly versions from Coursera, 2U, Emeritus, and other online program enablers. At the same time, several freestanding bootcamps are seeking accreditation, a key step toward being able to accept federal student aid.

Part of the problem in understanding bootcamps is defining what they are. The short-term tech training and education market is complex and evolving. And some of the most promising models are diverging at least in part from the original version—a pricey finishing school for graduates of selective liberal arts colleges looking to learn entry-level coding skills.

For example, General Assembly, an early pioneer and one of the largest bootcamps, has tweaked its approach in recent years. And roughly a quarter of the 4,300 students enrolled in GA’s immersive programs in 2019 lacked a bachelor’s degree—a substantial uptick.

“We’re opening the doors and inviting this kind of responsive training,” Zulaski says.

Why It Matters: In addition to the recognition and legitimacy that accreditation confers on these bootcamps, the move could be a blueprint for other providers, says Liz Eggleston, the co-founder and editor of Course Report.

The review by ACCET adds structure and helps open access to federal workforce development grants as well as student aid, says Eggleston, who discussed these developments in a recent podcast episode. Without federal aid, the best option for bootcamps to enroll more non-wealthy students may be through private loans or income-share agreements, which can be tricky to administer and face political headwinds.

“There are plenty of implications for students—both schools seem to be most excited about students getting access to Pell Grants/federal funding, and, in the case of NYC Data Science Academy, I know they’re excited about being able to assist international students with F and M visas,” Eggleston says.

Turing School’s students currently can use GI Bill benefits and WIOA grants to help cover tuition. But the U.S. Department of Education hasn’t yet signed off on Pell Grant eligibility.

Several experts praise Turing’s model. About 30 percent of students who attend the Colorado-based nonprofit do not hold college degrees, says Jeff Casimir, Turing’s executive director, who previously was a lead instructor at Galvanize and LivingSocial.

The school offers two seven-month programs in web development for $20K in tuition. Students attend full-time, estimating that they spend at least 60 hours a week on their studies. Among the 90 Turing students who graduated this spring, 84 accepted a job. Another seven left early for a job in the industry. The median annual salary for first-time hires was $77K.

Turing has a measured approach to growth, says Kristen Titus, executive director of the Cognizant Foundation. That’s a plus as they move toward accessing federal aid and a new scaling potential.

The Kicker: “They really center the experience on the learner, on the worker,” Titus says. “It’s a big moment for the field. A moment of what can work in this space.”

Emeritus recently announced $650M in funding, much of it going toward university bootcamp offerings. Those investments are among the largest in the sector’s history.

The ed-tech platform, which has focused on executive education, is expanding rapidly with short online courses (typically $2K in tuition for 10- to 20-week programs) and professional certificates/bootcamps ($6,500 for six- to eight-month programs).

“In addition to IT skills, we think intense education in certain topics, like skilled nursing or enterprise sales, will drive better outcomes for learners and companies alike,” Emeritus says.

The company works with 23 universities, most of them highly selective brand names. Fully 70 percent of its revenue comes from outside the U.S.

Columbia and other universities also offer discounts to alumni who attend the bootcamps. And 41 percent of learners enrolled in Emeritus programs report getting tuition reimbursements from their employers, according to a student survey by the company.

Emeritus had 85 percent completion rates across all its online courses in the first half of this year, with a 17 percent average salary bump among students who reported a pay change—roughly half did.

The company says its programs feature high-touch student supports and are cohort-based, with relatively small groups of 50 to 100 students. It provides industry-expert mentors for students in the professional certificate programs, as well as career coaches and connections to employers.

“Our courses are designed in collaboration with university faculty and insights from industry hiring managers to ensure that we teach the most cutting-edge skills that lead to high-paying, high-growth jobs,” Emeritus says.

The 27-year-old graduate of St. Cloud State University had been working as a regional manager of a sandwich shop chain. After being laid off and subsequently moving into his cousin’s basement, Nguyen decided he wanted to break into tech. A friend of his sister’s told Nguyen he could be a good Salesforce administrator. He googled the customer relations management software company and was interested. But Nguyen couldn’t afford tuition for college courses or other training options.

“Is there any way I could do this for free?” Nguyen remembers thinking.

Then he discovered Trailhead, the free online learning platform from Salesforce. Trailhead offers more than 1,000 badges to help prepare people to work in jobs related to Salesforce and its huge network of partners—which could create an estimated 9.3M new jobs by 2026.

Traditional education systems have not been able to keep up with the technology and hiring demands in this space, says Kris Lande, senior vice president of Salesforce’s Trailblazer ecosystem.

“For Salesforce, it’s not only about creating new technology and career opportunities for people—we also have to pave pathways to these new jobs,” Lande says.

More than 3.7M learners have used the self-paced online platform, earning 35M badges in Salesforce, business, partner, and other workforce skills. Trailhead has seen a significant spike in interest during the pandemic, with a 40 percent increase in student sign-ups and a 50 percent boost in learner engagement and badges earned.

“It’s the front door to the Salesforce economy, breaking down the barriers to learning while creating an accessible and equal pathway for anyone to succeed in the Salesforce ecosystem,” Lande says, “regardless of their background, ethnicity, gender, or education level.”

Nguyen has earned several Salesforce certifications. But the first one was the toughest. Despite studying six to eight hours a day on Trailhead, he failed the assessment.

The Trailblazer Community and his mentors helped Nguyen stick with it, he says. The platform connects Trailhead students across 1,300 groups in 90 countries. Texts from his fellow students helped calm him down after the setback, Nguyen says—“It’s almost like a family.”

Three in five participants in the peer-based support groups say the community helped them get a new job or promotion, according to Lande.

Nguyen was no exception. Shortly after passing the certification, he was hired as a Salesforce administrator by Calabrio, a Minneapolis-based software company. He oversaw 550 users just three months into the job.

The Kicker: “You have to keep training,” Nguyen says. “The learning never stops.”

There’s no ‘adult learner store’
Five community colleges in North Carolina recently piloted a jobs-oriented campaign to bring in adult learners. The lessons learned have implications for colleges across the country.

In their own words: What gets adults to return to education?

North Carolina and other states are working to get adult learners back in college. EdNC talked with a dozen of those learners about what convinced them to enroll.

The National Student Clearinghouse Research Center released updated numbers for enrollment this fall—and undergraduate declines now appear slightly steeper. Overall numbers are tracking down 3.5 percent, and community colleges are now seeing a 6 percent decline with three-fourths of colleges reporting. Across the board, trends are fairly consistent with last month’s numbers.

The National Governors Association released an analysis of what the $1.2T infrastructure bill signed this week by President Biden means for workforce development, including new allowable uses for investments in digital equity and inclusion, and planning to strengthen the transportation workforce. The funding includes support for pre-apprenticeship and apprenticeship programs as well as on-the-job training.

The ed-tech company 2U has completed its acquisition of edX, the online learning platform. 2U said it began a multimillion-dollar marketing campaign this week to expand the reach of edX partners. The company has been increasing its footprint in the short-course and boot-camp spaces, citing growing calls from business and government for colleges to better align skills-based training with in-demand jobs.

JFF on Friday plans to roll out a new pledge for businesses to commit to expanding apprenticeship and job-training opportunities. The pledge is designed to make registered apprenticeships more accessible to people who have not seen their full benefits, such as women and people of color. It will feature a set of principles for participating employers, including a commitment to promote fair and equitable hiring practices.

Businesses interview an average of six candidates for one entry-level position geared toward recent college graduates, according to a survey of 504 U.S.-based business leaders by mthree, Wiley’s talent-development service. It takes an average of six months for junior hires to start having an impact, respondents said. But 22 percent of the businesses said more than half of their entry-level employees leave within two years.

The Bureau of Labor Statistics underestimated job growth this summer by 626K jobs, the largest underestimate of any comparable period, The Washington Post reported. The pandemic has wreaked havoc on federal statistics, as businesses have been slow to respond to government surveys. The newspaper reported that the erroneous federal job estimates coincided with a slide in Americans’ approval of how the Biden administration has handled the economy.

Public universities must build partnerships with employers, community colleges, workforce boards, and other key stakeholders to accomplish goals for students and employers, argues a new report from the Association of Public and Land-grant Universities. The group called for testing and scaling of evidence-based innovations, such as employer-verified credentials and digital badges.

Teresa Lubbers, the longtime Indiana commissioner for higher education, has announced that she will step down next year. Lubbers, who served under six governors, also will depart as chair of the Governor’s Workforce Cabinet. She has been an advocate for need-based financial aid, statewide completion goals, and outcomes-based funding.

President Biden has nominated Karen Stout, president and CEO of Achieving the Dream, to serve on the National Council for the Humanities. Stout has led the nonprofit group, which works on student success at community colleges, since 2015. She previously was president of Montgomery County Community College, located in Pennsylvania.

I’m pausing The Job next week. Hope you all get some quality time off. The newsletter will be back in your inbox on Dec. 2. —@paulfain 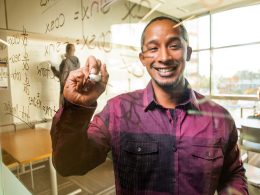 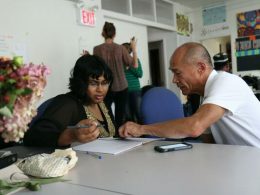 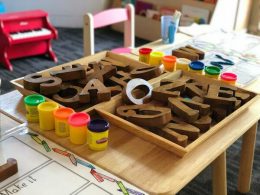 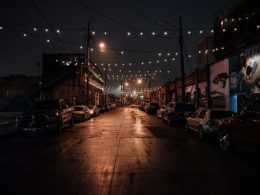