This week features a temperature check with the University of Phoenix, which has pared back its offerings and may be poised for a sale. Also, dropping the ban on paying medical assistant students and research on career prep for undergrads. (Sign up here to get this newsletter.)

The Next Chapter for UoP

The University of Phoenix was synonymous with online education and the for-profit college sector for many years. And as the first mega university, Phoenix showed how a focus on working adults and career education could work at scale.

“They were willing to embrace a student profile and demographic that the rest of higher education ignored,” says Paul LeBlanc, Southern New Hampshire University’s president. “There was so much good they did in the early days.”

The university’s enrollment topped out at nearly a half million students in the Great Recession’s wake. Yet after decades of steady expansion and pioneering success, the university’s unprecedented boom years were marred by aggressive student recruiting and lower-quality degree programs, particularly its two-year degrees.

Almost a decade ago, Phoenix began a long slide. The university’s enrollment last year of 84K students was roughly one-fifth of its peak.

Now, almost five years after it was acquired by Apollo Global Management, a private equity firm, Phoenix appears to have stabilized with a narrow approach, modest growth goals, and valuable assets.

“We recognized that our strength was actually more about college completion than it was about people who had no college experience,” says Peter Cohen, the university’s president since 2017.

For a next step, Phoenix appears likely to become a wholly owned subsidiary of a nonprofit university. Observers expect such a transaction to occur in the near future.

With the university poised to turn the page with a new chapter, we looked at its current model and results for students. Click over to Work Shift to read the full piece, but here are a few points from it:

A wide range of experts, including critics of for-profits, said the university now features a much more measured approach. Several said its leaders have been disciplined in making cuts to better specialize in what works.

“We are now focused 100 percent on careers,” Cohen said, adding that “our goal is modest growth.”

Even so, it will take a long time for the highest-profile brand in for-profit higher education to recover from the many hits it took in the past, a substantial portion of which were deserved, as even supporters acknowledge.

What’s Next? For-profits have been hemorrhaging students for a decade and now account for less than 5 percent of U.S. undergraduates. And despite an uptick last fall, which has fueled dubious claims about a for-profit resurgence, the sector resumed its collapse this year.

The regulatory pursuit of for-profit colleges isn’t letting up, either. For example, consumer groups are gearing up for federal negotiated rule-making sessions next year that will revisit the so-called 90-10 and gainful-employment rules, both of which have been the focus of long-standing fights over the regulation of for-profits.

As a result, it’s hardly a surprise that several national for-profits in recent years have gotten out of the degree-issuing business by being sold to public universities, while typically retaining pieces of the operation through an OPM-like arrangement. Others have tried to become nonprofits.

Insiders speculate that the University of Phoenix’s owners are seeking a clean sale, where the purchasing university would own all of its assets. But things can change, and the university has previously had interested buyers.

If Phoenix is sold, and the deal gets a green light from regulators after a no-doubt lengthy approval process, it would leave standing only a handful of large for-profit chains.

Several of those institutions might follow suit with a sale, some predict. Either way, the end of for-profit mega universities has arrived. What remains is mostly small colleges that train students for jobs in healthcare, automotive repair, and other vocational roles.

A consensus holds that Phoenix has developed valuable technology and tools in recent years. And many universities will continue to draw from the playbook of the original career university for working adults, whatever its future holds.

The Kicker: “We learned a lot from them,” says LeBlanc.

Demand was high for medical assistants before the pandemic. It’s now a crisis in many areas around the country. For example, healthcare systems in Minnesota currently are short at least 700 medical assistants, reports the Sahan Journal. That’s roughly double the normal number of job openings.

“Every system we talk to in the metro Minneapolis region, as well as a couple that are within 50 miles, cannot hire enough medical assistants,” says Deb Bushway, president and CEO of Northwestern Health Sciences University.

Pay tends to be low for these essential jobs, with a national mean hourly wage of $17.75 an hour, about $37K a year, according to federal data. Likewise, the opportunity cost for pursuing a medical assistant certificate is a serious hurdle for lower-income students.

To make the pathway more appealing, Bushway sought to create an earn-while-you-learn option by securing payments for medical assistant students during their practicums/clinical work at health-care facilities. But the Commission on Accreditation of Allied Health Education Programs, a programmatic accreditor, prohibits pay for clinical activity (see pg. 7 here).

The ban on compensation is consistent with rules for medical, dental, and nursing students, says Michael Goldstein, a veteran lawyer and managing director and co-creator of the Center for Higher Education Transformation at Tyton Partners. But he said changing the standards for medical assistant programs would benefit students.

“Providing paid practicums would help reduce the financial burden of the training, which in turn might well attract more students, particularly those for whom cost is a barrier,” Goldstein says. “This is the same argument regarding paid versus unpaid internships, where the former are increasingly being used to expand the involvement of students with less personal resources.”

Bushway, a veteran of higher ed policy who did a brief stint at the Education Department during the Obama administration, figured out a workaround by tapping Federal Work-Study funds to pay students. That solution probably isn’t practical for most institutions, however. So I asked the commission what the thinking was behind the ban on compensation, and whether it would consider dropping it.

The accreditor’s standards for every allied health profession previously prohibited payments for practicums, internships, and clinical settings, says Lorna Frazier-Lindsey, a spokeswoman for the commission. “The reasoning for this was to ensure that the student was not being substituted for staff and the experience was entirely educational in nature,” she says.

Change in the Works: The commission dropped its overall pay prohibition two years ago. Several allied health professions now allow students to be paid while completing their practicums, Frazier-Lindsey says, as long as students are appropriately supervised, clearly identified as students, and not being substituted for staff.

The ban will soon be dropped for medical assistants. Frazier-Lindsey says a review board is revising the standards, which “will no longer contain language prohibiting payment.”

This was news to Bushway, who said the change will make a difference for students, particularly those who can’t afford to stop working.

“It is an emotional barrier—a leap to be taken—when you tell a working person to quit their current job in order to work for free toward a future job,” she says, “particularly people who don’t live with a lot of financial cushion or external support.”

Many students have career plans in place, but not networks

Roughly two-thirds (64 percent) of graduates of Virginia’s public colleges said their primary reason for attending an undergraduate program was related to jobs or careers, according to results of an unusually broad survey conducted by the State Council of Higher Education for Virginia. The survey received responses from 15,348 former students who graduated from a state-supported institution between 2007 and 2018.

The journey to adult economic dependence is taking longer, with most people having to wait until their early 30s to find a good job, according to a new report from Georgetown University’s Center on Education and the Workforce. The report, which calls for a comprehensive youth policy, notes that the share of “disconnected” youth who are neither working nor attending school is 14 percent and has remained in the double digits since 2000.

“We can’t have a country where two-thirds of people are locked out of good jobs. And we really thought we could make a dent in that,” Lisa Gevelber, Google’s chief marketing officer for the Americas and the founder and vice president of Grow with Google, said during a podcast interview with the Strada Education Network. “Our goal isn’t to train people—it’s to give them real economic mobility.”

HBCUs on average outperform other sectors of higher education on socioeconomic mobility, with rates that more than double the national average, according to a new report from UNCF, which used data from Opportunity Insights. “These findings demonstrate that investment in HBCUs means sowing into institutions that are primary drivers of success for historically marginalized people,” the report concludes.

A new report from the American Council on Education describes results from the Education Blockchain Initiative, a federally funded project that solicited ideas on learner records and supported four pilot projects on the potential role of blockchain technology. One effort led by the University of Arizona sought to create an open transfer exchange system.

Bright Horizons EdAssist Solutions has tapped a group of colleges and universities to create a network focused on workforce education. EdAssist, which administers employer tuition benefit programs, will work with the institutions, including Western Governors University and several community colleges, to promote and implement best practices for reskilling and upskilling working learners.

Thanks for reading. Catch you next week. —@paulfain 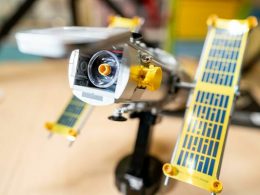 Community colleges are at the center of a campaign to get more students interested in optics manufacturing. 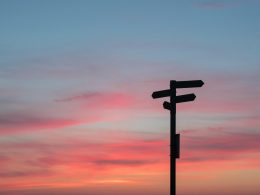 Getting help to navigate the new credential landscape

Amazon taps Kaplan and Beyond 12 to offer coaching to frontline workers through its free college program. 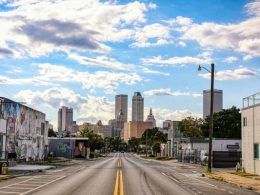 For short-term credentials to have the best chance of paying off for students, an emerging view holds that they need to be heavily subsidized—with funding from employers or foundations if government support isn’t there—while offering connections to actual living-wage jobs. 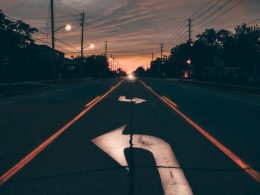 A ‘rigged’ economy and skepticism about college