In 2015, the state of Texas launched an ambitious plan aimed at having 60% of its young adult population earn a higher education degree or two-year certificate by the year 2030.

But lawmakers could not predict that the COVID-19 pandemic would impact many students’ abilities to attend college. Harrison Keller, the Texas commissioner of higher education, announced earlier this month that the initiative, called the 60×30 plan, would be updated with a new plan known as the “Building a Talent Strong Texas” initiative, which would expand its current goals and add new ones.

“(The coronavirus) has been the largest disruption that our colleges and universities have seen since the end of the second World War,” Keller said in an interview with El Paso Matters.

According to the 2021 progress report from the Texas Higher Education Coordinating Board, 45% of the targeted population of 25-34 year-olds held a degree or certificate as of 2019. Although this was a 1.7% increase from 2018, nearly a 3% increase was needed to meet the projected goal of 48% by 2020.

Keller said the pandemic has impacted community college enrollment the most, with an 11% decrease across the state since 2019.

“Historically, when unemployment goes up, enrollment at community colleges also will go up. If you look at the great recession, unemployment went up and enrollments went up as people need to reskill and upskill to be able to get back into the labor market,” Keller said. “But this was a public health crisis like we haven’t seen in a century, so it’s really been more like a natural disaster than a recession. So the unemployment was going up but the enrollments at our community colleges dropped rapidly.”

“The Higher Education Coordinating Board does provide the state with funding formula recommendations in order to meet the 60 by 30 plan. SB 1 provided $8 billion to fund the formulas at our higher education institutions and these formula funding increases, I think, are necessary for these institutions to be able to provide affordable and quality credentials and degrees,” Blanco said.

Under the updated plan, the target population will now include those who are 35-64 year-olds instead of being limited to 25-34 year-olds. Keller said the pandemic showed the board that older adults need to find new skills and enter higher education institutions.

“We want to maintain an educational attainment goal for our young working population, but we’re going to add a goal for our older Texans as well because we have hundreds of thousands of people that need to upskill and rescale to get back into the labor market to advance in their careers,” Keller said.

The plan will also recognize non-traditional educational credits, including certificates achieved through online classes by Google, LinkedIn and other web-based platforms.

Leila Melendez, CEO of Workforce Solutions Borderplex, said expanding the educational attainment outside of associate or bachelor’s degrees will show a more inclusive snapshot of the educated population of the state.

“CompTIA (Computing Technology Industry Association) is a really well-regarded international IT certificate and training program and we’ve run a lot of individuals through those courses. From the numbers that I have of people, I would say between 100 and 150 people over the last four years have got CompTIA credentials through us, but they are not on the 60 by 30 report,” Melendez said.

Keller said this was not an intuitive approach and instead students will now learn more financial literacy skills in high school so they can be aware of what wages they will typically receive with their chosen careers and how that relates to any debts they may accumulate.

“With work, we are going to be putting new resources together for students, families and for their college and career advisors. So this is something that people need to be thinking about and talking about before they even enroll (in higher education institutions),” he said.

Keller said this will give students a realistic understanding as to what they should expect from their given careers.

“If you’re a psychology major versus a psychology major who also has a certificate in data analytics, you might have a very different range of job opportunities available to you where you could have a starting salary of $69,000 versus $39,000. It’s important for students to be able to have that information so they can make their own choices about what’s the right fit for them,” he said.

Research and the role of research universities will be another addition to the revamped plan. As the ninth largest economy in the world, Keller said, the state needs to continue to develop its research and development infrastructure.

The University of Texas at El Paso will continue to play a role in this development, Keller said.

Keller said these new targets will be adopted next month and new dashboards will be available to the public next spring or summer. The dashboards will include data breakdowns by race, ethnicity and gender in order to track specific group populations.

“We need to look beyond our traditional assumptions and our traditional models of delivering higher education so that we’re engaging talented students much earlier in the pipeline,” Keller said. “We need to acknowledge and develop our higher education system with the assumption that people are going to have to rescale and upskill multiple times throughout their lives.” 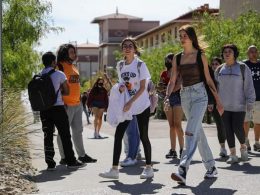 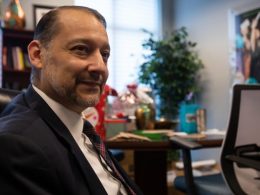 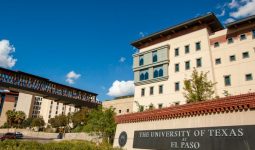 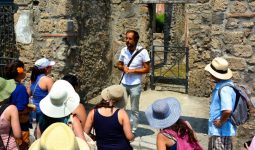 The suspension of programs in recent years means that students have lost educational and personal growth opportunities. And professors have faced obstacles to conducting necessary research.