What More Should a Campus Do?

When we talk about the relationship between colleges and their communities, we often talk about things like economic development, property taxes, and jobs. But the impact of a campus on its neighbors is often about much more basic things: housing and safety and — in some cases — a big pile of dirt.

Our reporter in Northeast Ohio, Amy Morona, recently spent a lot of time talking with people who live just blocks away from the University of Akron, in a neighborhood called University Park. The 7,400 residents who live there have a median income of $18,128. It’s also a transient neighborhood, where students come and go from its many rental homes.

This fall, a tragedy brought new urgency to long-standing questions about the role of the university in the neighborhood. Two people were killed at an off-campus party.

What responsibility does the university have to University Park, residents are asking, to their health, safety, and quality of life?

To people like Mary Stone, the university hasn’t done enough. There’s a symbol right outside her door that represents the neglect and disengagement she feels.

It’s a massive eyesore, a hodgepodge of sand, rocks, concrete and garbage. It’s known simply as The Dirt Pile.

The university’s president says The Dirt Pile (which, officially, is a city-owned material storage facility) is a concern of theirs, too. “We’ll work on that, somehow,” he told Amy.

Grand plans to revamp the neighborhood have come and gone over the years. So people are skeptical about what change might come from the new attention.

As the university tries again, its leaders are re-examining zoning laws and how they can be enforced. They’re looking to improve housing and increase collaboration with the city as well as increase oversight of landlords.

And they’ve hired an off-campus safety director. One of the biggest parts of Kerry Jackson’s job, he told Amy, is simply trying to create some type of bridge between students and other residents.

“It’s not really melding real well,” he says, “so we’re looking at how we can get everyone to meld a little bit better.”

Big news! NewsMatch has announced that it will match donations up to a total of $13,000 (up from $10,000) to nonprofit newsrooms. It’s not too late to support Open Campus and have your donation tripled thanks to the generosity of Open Campus supporters, the Lumina Foundation, and the NewsMatch campaign.

We believe an independent, nonprofit news organization can hold powerful American institutions accountable and connect them more deeply to the public. If you believe in our mission, please consider donating today.

Thanks to everyone who’s already supported us this year. We’re grateful.

In California: Unseen and unsafe: Students who have been ‘deadnamed’ explain why a new California law matters The policy — which requires public colleges to allow students to self-identify on their diplomas — could ease anxiety and protect transgender and gender non-conforming students from harm.

In College Inside: Misconceptions of teaching inside. Perspectives from a photography professor at San Quentin. Plus, the latest on Pell.

In Work Shift: Cannabis credentials take off. The cannabis job market is exploding, and degrees and certifications in the field are starting to follow suit.

In The Job: Building career pipelines for homeschoolers. Plus, a new potential setback for income-share agreements.

In Mississippi: Alcorn State foundation requests 22% raise for president. Felecia Nave could be getting a $55,000 raise, pending approval of the state higher education board.

In latitude(s): A legislative fix on overseas recruitment. The U.S. House has passed legislation that would make fixes to a bill that appeared to bar incentive-based compensation in international-student recruitment. 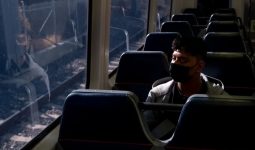 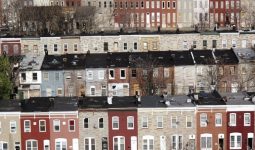 When anything could happen

Often, one researcher says, some factor—such as the odds of life events keeping people from ever graduating—is missing from the analysis about the college choices people make.