Student-visa fees could increase under a proposed rule, the State Department gives consular officers greater discretion to assess students’ ties to their home countries, and a guilty verdict in a China Initiative trial.

There was a lot of news on visas and travel over the break. Let’s get to it!

The U.S. Department of State is proposing substantial increases in processing fees for student and exchange-visitor visa applications, part of a raft of potential visa-fee hikes.

In a draft rule published in the Federal Register, the State Department said it plans to raise application fees for F, M, and J visas from $160 to $245, a 53 percent increase.

The department said the higher charges were based on an analysis of the costs of providing certain consular services. The U.S. government operates on a “full cost recovery” model for visas — that is, the individual receiving a good or service covers the total direct and indirect costs of providing it, from staff salaries to biometric services and rent. The State Department is currently “incurring additional costs” for the processing of visa applications, the Federal Register notice said.

Nonimmigrant-visa fees were last adjusted in 2014, according to the notice.

The government argues that, given the expense of air travel, the proposed fee increases will have a minimal effect on the overall costs of coming to the United States.

The public will have 60 days, until February 28, to comment on the proposed rule.

The State Department has reverted to pre-Trump administration guidance that gives consular officials greater discretion to assess students’ ties and likelihood to return to their home country after graduation.

Updated language in the Foreign Affairs Manual reverses a 2017 Trump administration policy that directed visa officers to assess the non-dual intent of international students — in other words, that they intend to come to the United States for study only and not for long-term work or immigration — with greater scrutiny. The stricter oversight was part of an executive order by President Trump tightening immigration in order, administration officials said, to protect American jobs.

The change largely restores earlier instructions to consular officials that students are not as likely as other temporary visa applicants to demonstrate the deep connections to their native countries that typically are viewed as evidence that travelers will return home and thus should be evaluated differently. “It is natural that the student does not possess ties of property, employment, and continuity of life typical of B visa applicants,” the guidance states. “These ties are typically weakly held by student applicants, as the student is often single, unemployed, without property, and is at the stage in life of deciding and developing their plans for the future.”

It says that consular officers can only assess students’ present intent — even if those plans could change. “They are not expected to, or do not necessarily have, a long-range plan and may legitimately not be able to fully explain their plans at the conclusion of their studies,” the manual notes. Visas should not be adjudicated on “contingencies of what might happen in the future, after a lengthy period of study in the United States.”

International-education groups like NAFSA had lobbied for the change, a return to a policy that had been in place for a dozen years. Yet, it doesn’t go as far as many would like in scraping the prohibition against dual intent altogether. Applicant intent accounts for almost all visa denials, and although the Biden administration included a provision permitting dual intent in immigration reform, that legislation has stalled.

Peak said the State Department procedural update wasn’t as “far-reaching” as a dual-intent legislative fix but called it “a welcome restoration to the pre-Trump era.”

The in-person interview waiver for some visa applicants will be extended through 2022, the State Department announced.

Students, visiting professors, and researchers are among those that could qualify for a waiver if they meet certain requirements, including:

The exemption to the in-person interview is at consular officers’ discretion. In addition, the authorization to waive interviews for applicants renewing visas in the same visa class within 48 months of the prior visa’s expiration has been extended indefinitely.

The State Department said it was continuing with the in-person waiver because of decreased visa processing capacity during the Covid-19 pandemic. The temporary exemption will allow consular officials to reduce visa wait times while limiting health and safety risks.

But in India, students and other applicants seeking to apply for or renew visas say wait times are still lengthy, even with the in-person waiver. That’s because applicants who qualify for the waiver still must schedule a “dropbox” appointment to submit their documents to their local consulate and few slots have been available.

A Telegram group on the lack of availability of dropbox appointments in India has grown to almost 80,000 members. A graduate of the University of Chicago Booth School of Business who currently works for a U.S. technology company told me he had to wait for two and a half months to get a slot to renew his H-1B visa. He finally was able to get an appointment and will travel to India in February.

For Ritika Kaushik, a Ph.D. candidate in cinema and media studies, also at Chicago, renewing her F-1 visa was a monthslong process. She had planned to renew it last June, but the severe second wave of Covid in India prevented her from returning home. Then she faced a conundrum: Dropbox appointments only open up after an application is submitted, but timing her application and trip home with the few availabile appointments was tricky. She feared she could be stuck in India, away from the university, for months.

In October, a family emergency forced her hand, and she had to return to New Delhi. After striking out repeatedly, an appointment opened up and she was able to book it and return to the U.S. in November.

“It caused months of anxiety to me and my family, ” Kaushik wrote in an email. “I had to constantly make the choice between not being able to see my family in India or possibly derailing my entire career and life by being unable to return to the U.S. to finish my Ph.D. and get work authorization for next year — not to mention letting go of professional opportunities that required me to travel to other countries.”

The U.S. embassy in India has said it will add more than 20,000 extra dropbox appointments for spring 2022.

Charles M. Lieber, a former chairman of Harvard University’s chemistry department, has been found guilty of lying to U.S. government officials about his ties to a Chinese university and talent-recrutiment program.

A federal jury in Boston took less than three hours to convict Lieber on six counts, including lying to investigators, failing to declare income earned in China, and failing to report a Chinese bank account.

The Harvard professor was one of the highest profile academics indicted under the China Initiative and only the second to go to trial. So what does the guilty verdict say about the fate of the U.S. government’s probe into academic and economic espionage.

Perhaps not much. As Margaret K. Lewis, a law professor at Seton Hall University, told me, “Guilt is individual.”

“This case was about Lieber’s individual behavior, and that was what the jury was required to decide, not give a ruling on the China Initiative as broader government policy.”

During Lieber’s trial prosecutors played parts of a videotaped interrogation in which Lieber admitted he had a contract with a Chinese university, had received cash from the institution, and had a Chinese bank account. In a previous interview with federal investigators, the professor had said that he did not draw a salary from the university, the Wuhan Institute of Technology, and that he was not part of the Chinese government’s controversial Thousand Talents Program, which seeks to attract foreign researchers to China.

It “looks like I was very dishonest,” Lieber said in the recording.

You can read more of my takeaways from the Lieber trial in the Chronicle, among them while Lieber is white, his case raises issues of racial profiling.

Your feedback is welcome! Email me with story ideas, suggestions, or responses to what you’ve read here.

The administration has officially withdrawn a rule that would have done away with the H-1B lottery and replaced it with a wage-based system for awarding skilled-worker visas.

The White House lifted omicron-related travel restrictions on eight African countries, which had been imposed in an attempt to contain the rampant new Covid variant.

About 400 professors at the University of Chicago signed an open letter warning that its depiction as “one of the most dangerous campuses in the United States” following the death of a Chinese graduate could hurt its ability to attract and retain international students and researchers.

Chinese college students studying overseas are among those being targeted in Chinese government investigations and crackdowns on online critics.

A famous statue commemorating victims of the Tiananmen Square massacre was removed from the University of Hong Kong campus, one of several Tiananmen monuments taken down from universities in Hong Kong.

The European Commission has proposed rules for mutual recognition of short training courses among its member states.

The number of international students in Germany increased despite the pandemic, with 70 percent of universities reporting stable or rising numbers.

Academics who work at branch campuses abroad are likely to be motivated by the desire to experience other cultures and to escape working conditions in their home country instead of money, according to a new study.

Renowned Columbia University economist Jeffrey Sachs accepted $3 million from the United Arab Emirates to research happiness. The Intercept reports on some of the potential conflicts in his international work, including with foreign universities.

So much news broke over the holidays that I’ve decided to hold off on reader predictions for 2022 for another week. I’ve enjoyed reading all the insights you’ve submitted, and look forward to sharing them with all of you. For procrastinators — it takes one to know one! — that means another week to get in your forecasts for international education in the new year. You can do so by completing this Google form or emailing me at latitudesnews@gmail.com. I’ll be back next week with a super-sized predictions edition of latitude(s). 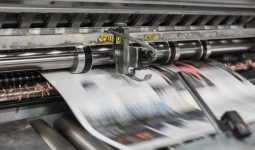 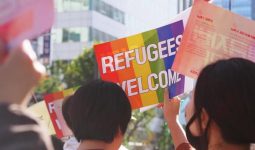 What more could colleges be doing for refugees?

A coalition of higher-education and humanitarian-assistance groups seeks to make colleges refugee students’ official sponsors, responsible not just for their educational needs but their financial, logistical, and social ones, too.