Is college admissions broken? Or working exactly as intended?

“The race for numbers is over,” the college president wrote. “The race for quality has begun. A few years ago our colleges and universities were competing for students, and great emphasis was laid upon ‘healthy growth.’ Now we are beginning to limit our numbers, to compete only for the best students, and to point with pride to the multitude that we turn away.”

Aydelotte was a remarkable man. An early Rhodes Scholar, he oversaw the American program for decades, was president of Swarthmore for two decades, and then directed the Institute of Advanced Study in Princeton. That classic photo of Albert Einstein playfully sticking his tongue out at the camera? Aydelotte is sitting next to him.

Take a spin through this Time magazine cover story on him in 1933 for a glimpse at a very different time:

“Work, Golf and Work,” say his friends, are Frank Aydelotte’s hobbies. Golf he shoots under 80. Work he does at high speed. Bald, far from handsome (his large ears are always a target at the annual Swarthmore ”Hamburg Show”), he is dynamic and persuasive, with a disarming sunny smile. He talks forcefully, sometimes lurching a shoulder forward, sometimes clasping hands on his stomach and swaying.

“For Swarthmore he put across two $2,000,000 endowment drives, thereby tripling the endowment to $6,268,000. Frank Aydelotte did not try to enlarge the college enrollment (now 588, half female). He sniffed at people who thought it would be nice to have 5,000 students. He preferred to raise it from an average small college to one of the best.“

Nine decades later Swarthmore’s reputation is exceptional. And how exactly do we know that? Because it’s ultra-selective. (Fewer than 1 in 10 applicants get in).

That quote above from Aydelotte (the one about pointing with pride to the multitudes we turn away) appeared this week in a report from two major higher education associations that recommends radically rethinking college admissions through a racial equity lens.

While acknowledging that admissions sits amid a complex web of institutional revenue, priorities, and missions, the report from the National Association for College Admission Counseling and the National Association of Student Financial Aid Administrators makes several recommendations: streamline federal aid, diversify the admissions profession, and confront bias in the financial aid offices. But perhaps most pointedly, the report — based on in-depth interviews with more than 20 admissions and aid experts — demands that colleges examine the consequences of selectivity.

“The ‘reputational model’ of higher education is based on a fundamental preoccupation with exclusivity,” the report said. “The roots of selective college admission are deep and extend to the very origins of the modern institution. For many institutions that were transforming in the early 20th century, ‘selective admissions would present the discovery of the best material from among all applicants and the university would prepare them for positions of responsibility.’ This viewpoint was rooted in a time when eugenics and racism were openly accepted as facts of life. Since that time, our understanding of human abilities, social influences—most importantly for this project: racism, systemic inequities, and education—has progressed to a point where these old assumptions about ‘the best material’ no longer apply.”

+ More coverage of the report from Scott Jaschik in Inside Higher Ed and Eric Hoover at The Chronicle. Eric, as always, sums things up tightly: “The admissions realm, forever talking up its lofty ideals but forever entrenched in the relentless competition for revenue and indicators of institutional awesomeness, is a system at odds with itself. But it does, more or less, what it was built to do.”

+++ Our podcast series, Bootstraps, digs into these questions of merit.

As part of our coverage of higher ed in prisons, Charlotte West has spent a lot of time developing connections with students who are taking college courses in facilities across the country. We’ll be publishing first-person essays about some of their experiences.

This week, Rahsaan “New York” Thomas writes about why college matters for people like him who are serving long sentences.

Jobs and lower recidivism rates can’t measure the success of their college education, he says:

“My pursuit of a degree started in 2016, approximately 16 years into a 55-years-to-life sentence. I would have to live to be 85 years old to evaluate whether an associate’s degree will break the cycle of incarceration that’s circled my adulthood.”

Instead, he says, the quality of his education at Mount Tamalpais College — which he’s pursued at San Quentin State Prison, in California — has shown itself in several other ways. Students like him have a positive influence on their families and on their peers, he says. And taking college classes improves how people think about themselves, others, and their futures.

Recently, Thomas got some big news: Now, his education also is contributing to his opportunity to go home. California’s governor cited his college coursework this month in commuting his sentence.

In Cleveland, Amy Morona examines what the city’s first new mayor in 16 years might mean for higher ed.

In Mississippi, Molly Minta looks at the latest annual report from the state’s financial aid programs. It shows Mississippi continues to focus much of its money on students who can already afford college.

In The Intersection, Naomi Harris interviews Michael Smith, the new chief executive of AmeriCorps. “I would say no parents, no caretaker, no guardian should feel like they have to do it alone. But really, how do we lean on our village to make sure that everyone is taking an active role?”

In latitude(s), Karin Fischer reports on the Department of Homeland Security re-establishing an advisory council to provide guidance and feedback to top government officials on education-related issues — a group that was disbanded under the Trump administration.

In The Job, Paul Fain looks at Amazon’s move to offer free cloud-computing training to 29 million people around the world. 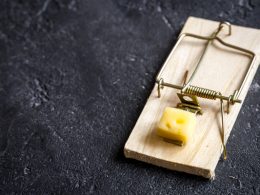