A surprising barrier to college for Florida’s prison population

Like nearly every public college, Florida colleges charge state residents much lower tuition than students who live outside the state. Students at Miami Dade College, where Fordham is enrolled, pay just $118 a credit if they’re Florida residents, compared with $402 for non-residents.

“My folks had moved and didn’t keep a copy of the deed, 30-year-old tax records or utility bills,” Fordham said. “My dad was going through chemotherapy at the time and was driving all over the county to find missing paperwork.”

While a few potential students might have family members who are able to pay their way, in practice this policy means that college is unaffordable for anyone who isn’t a state resident or who can’t produce the right documents.

The Second Chance Pell pilot program, launched in 2015 under the Obama administration, restored federal grants for some incarcerated students. It was the first time that people in prison had access to federal financial aid since the 1994 crime bill, which eliminated their eligibility for Pell Grants.

Miami Dade is one of only three of Florida’s 28 community colleges, along with Florida Gateway College and Palm Beach State College, currently participating in the Second Chance program. With the broad expansion of Pell Grants for incarcerated students arriving in 2023, the residency requirement will likely become a bigger issue, potentially preventing thousands of people in Florida’s prisons from pursuing higher education.

Many states such as California and Colorado require students, including those in prison, to be a resident for a year before they’re eligible for in-state tuition. While the amount of documentation required to prove residency is not unique to the state, Florida is an exception with its explicit ban on establishing residency while in state prisons.

Experts say that Florida is an outlier among states in not allowing a person to change their residency while in prison. Amending the residency requirement wouldn’t actually require the involvement of the Florida legislature – it’s a policy that the Florida Department of Education could change on its own.

The Florida statute was last updated in 2015 and has been in place for at least 15 years.

It took Fordham nine months to obtain these documents. “I was so afraid I’d missed the deadline because we couldn’t prove residency,” Fordham said. “Eventually I wrote a letter to the county property appraiser’s office pleading for help. One month later, they found an archived copy of my parents’ deed from 30 years ago. Without that I wouldn’t have started college.”

College officials often end up doing the legwork to help students track down the necessary paperwork. When Crystal Janasiewicz, director of enrollment services at Florida Gateway, started calling family members for help when the college launched its Second Chance Pell program in 2016, she would often encounter disbelief. “I called a mom and she’s like, ‘Quit giving my baby false hope.’ And I’m like, ‘Wait, no, I’m not. This is a real thing.’”

There’s more awareness of the program now, but the biggest challenge, she said, is for people who don’t have any support on the outside.

Janasiewicz has even dug into county court records to document the length of time applicants have spent in the state. She said that while they can’t establish residency while incarcerated in state prisons, potential students can use time served in county jails towards the 12-month requirement.

“It tears my heart out to tell someone who’s eager to start his college career that we’re sorry he can’t because of technicalities.”

At Miami Dade, Carlo has had to contact probation officers, parents who’ve been estranged from their imprisoned kids, and even tried to get a DNA test done to show evidence of a fraternal relationship.

“We all have full time duties that don’t include helping people prove residency,” she said. “It tears my heart out to tell someone who’s eager to start his college career that we’re sorry he can’t because of technicalities.”

As for Fordham, he is slated for release in April after spending 30 years in the Florida Department of Corrections. He will graduate from Miami Dade in July with an associate’s degree and will finish his last classes online. He wants to eventually finish his bachelor’s degree and open an organic farm in his hometown.

“When I was finally approved, I felt like I’d hit the lottery,” Fordham said. “My job opportunities leaving prison would have been greatly limited but now I’m being paroled with a college degree.”

Ryan M. Moser is an award-winning writer and recovering addict from Philadelphia serving 8 years in the Florida DOC for property crimes. Nominated for a Pushcart Prize and Best of the Net 2020, Moser has been published in many literary journals and on multiple news sites. 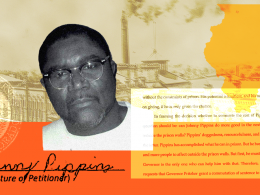 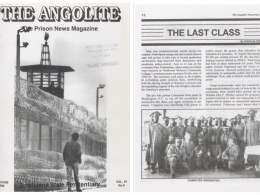 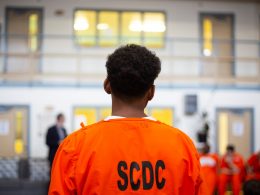