Amendments to a research-competition bill would expand benefits for more international students, the Afghan Fulbright program has been canceled, and there are mixed signals on the China Initiative. (Sign up to get this newsletter in your inbox.)

The U.S. House is stepping on the gas when it comes to legislation aimed at bolstering American competitiveness in science and research. Lawmakers approved the America COMPETES Act on Friday, in a largely party line vote.

Last week I ran through what’s in the bill for international education, including research-disclosure requirements, area-studies reauthorization, and a U.S. government alternative to Confucius Institutes. It’s also a shot in the arm for federal research spending, much of which could benefit U.S. universities.

But there are a couple of additional provisions that were added to the legislation in the amendment process that you’ll want to know about:

••• A proposal to exempt Ph.D. graduates in science and engineering from green-card caps was expanded to include graduates in health-related professions and to master’s-degree holders in certain fields seen as critical to American needs.

••• The measure would permit international students in STEM fields to claim dual intent — that, is to express their interest in studying in the U.S. and in pursuing a career in this country after graduation. Current law requires applicants for F-1 student visas to promise they plan to return home when their studies are complete.

Some international-education advocates, however, say the provision is too narrow and would like Congress to go further and permit dual intent for all student-visa holders.

••• The bill would create a special visa pathway for a limited number of foreign scientists and engineers whose work contributes to “national security innovation.”

While the bill passed quickly, it did so narrowly, and it risks getting bogged down in partisan fighting. Kevin McCarthy, the House Republican leader, slammed the measure as the “America Concedes Act” — as in, concedes to China.

McCarthy criticized several international-education provisions, including the STEM cap exemption and language that tightens up on regulation of Confucius Institutes but still allows colleges that host the Chinese-government funded language and cultural centers to receive federal funds.

Counterpart legislation that passed the Senate would prohibit federal dollars going to colleges with Confucius Institutes. It also takes much more of a get-tough approach to universities’ international collaboration and disclosure of foreign contracts than does the House bill. On the other hand, the Senate measure does not include the STEM visa-cap exemption or dual-intent provisions.

Those, and many more, differences will have to be ironed out. Congressional leaders hope to negotiate a final compromise bill this spring.

Feedback, please! Send your thoughts, tips, and story ideas to latitudesnews@gmail.com Or stay in touch on Twitter or LinkedIn.

The U.S. Department of State has canceled the Afghan Fulbright program for the 2022-23 academic year, a blow to students and scholars who had hoped for the chance to come to America to continue their education.

Semifinalists for the scholarship had been in limbo for months, waiting to see if the program would go ahead. Interviews for the 140 semifinalists had been postponed several times, first because of Covid-19 and then because of the deteriorating security situation around the American withdrawal.

The State Department said it could not run the program because it could not guarantee its “ability to provide a safe exchange experience”:

“While the selection process for the 2022-23 academic year will not move forward at this time due to significant barriers impeding our ability to provide a safe exchange experience to future participants, once future conditions allow for us to again safely support Fulbright opportunities for Afghan students, we will again invite applications at that time.”

In a tweet, a top Unicef official in Afghanistan urged U.S. officials to reconsider the cancellation:

One semifinalist called the State Department’s decision an “enormous disappointment.” Given the Taliban’s opposition to education for women, she said she did not know if she would have another opportunity to pursue a graduate degree. “What happens now?” she asked.

An engineering professor fired from his job amid charges he hid his ties to China is back at work at the University of Tennessee, five months after he was acquitted in a much-watched China Initiative case.

Anming Hu, a nanotechnology expert, returned to the Knoxville campus last week in a tenured position. The university also gave him $300,000 to restart his research lab.

Hu told the Knox News that his reinstatement was a “new beginning”:

Even though I suffered a lot — it’s still painful in my heart — and the damage with my reputation, to my family, I think we have to move on…. I don’t want to waste the time.

Hu’s case was the first of an academic researcher to go to trial as part of the federal probe of academic and espionage with China. After his initial trial ended in a mistrial, a judge threw out the government’s attempt to retry him, saying that “no rational jury” could conclude that Hu was trying to defraud the federal agencies that funded his research.

And yes, I said continued scrutiny. Although I reported last week that an FBI official had announced that the agency was shifting to a less adversarial approach to China Initiative cases, remarks by the FBI director did not indicate any softening in its approach.

In a speech, Christopher Wray seemed to defend the embattled China Initiative, although he did not mention it by name. Instead, he argued that China’s efforts to poach American innovation were “more brazen, more damaging than ever before.” And the FBI director specifically named higher education as a “battleground we’re contesting,” referring to “universities whose students and research we’re trying to protect.”

Wray’s statements seem to run counter to speculation that the Biden administration would seek to wind down the investigation following Hu’s acquittal and the dismissal of charges against a MIT professor and other researchers.

Did someone forward you this newsletter? Subscribing is free and easy.

People interested in serving on the new Homeland Security Academic Advisory Council have until February 15 to submit an application.

Chinese students at George Washington University are condemning posters on campus calling for a boycott of the Beijing Olympics as “racist” and an “attack on the Chinese nation.” The artist behind the posters said the students were trying to shut down criticism of China’s human-rights record.

Some 100,000 international students might choose to stay in the U.S. if visa rules were eased, potentially cutting STEM talent shortages by a quarter, an immigration advocacy group estimates.

Education and human-rights groups are urging President Biden to ensure the “safe and speedy” relocation of Afghan students and scholars to the U.S.

A lifting of caps on how much time international students in Australia can work could hurt their studies, universities are warning.

Opponents of a branch of Fudan University in Hungary have collected 235,000 signatures on a petition to hold a vote on the Chinese campus.

Nicaragua’s authoritarian government has stripped several universities of their permission to operate in a sweeping attack on higher education and crackdown on dissent.

Scholars at Risk is sounding the alarm over academic freedom in Turkey after three deans at Boğaziçi University were abruptly dismissed.

An American professor hired to teach human-rights law at the University of Hong Kong has been denied a visa.

Moody’s Investors Services says universities in countries with strong governance for higher education will be better able to navigate shifts in the global market.

In Destiny Benders, Girish Ballola and Jessica Guiver talk to international educators about the sometimes twisting paths that brought them to this field. Check out the new podcast in your favorite app. (Full transparency: I’ll be on a future episode.)

A belated xīnnián kuàilè, everyone! (Fun fact, I was born in a previous Year of the Tiger.) Some lawmakers want to make the Lunar New Year the 12th federal holiday in the U.S. What do you think?

A broad coalition of organizations is calling on the Biden administration to offer special protections to Ukrainian students, while several members of Congress are suggesting that Russian students be kicked out of the U.S.

Dartmouth College is extending its need-blind admissions policy to international students and meeting 100 percent of demonstrated need regardless of citizenship. 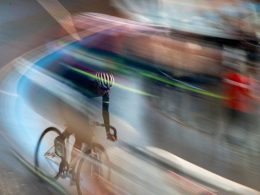