“We are an exceptional research university that keeps the door open to opportunity for any student willing to work for it,” Wilson said. “For our students, the greatest barrier between life-changing college education continues to be financially.”

The PayDirt Promise launched in 2019 at a family income limit of $40,000. It’s since expanded to its current $60,000 limit. Undergraduate students whose families meet that threshold are eligible to have their full tuition and mandatory fees covered for four years after other financial aid is applied if they are Texas residents and enrolled for at least 12 credit hours.

Almost a third of UTEP undergraduate students have a family income of $20,000 or less, Wilson said.

This year, 6,800 UTEP students qualified for the PayDirt Promise. The higher family income limit is expected to reach an additional 450 students next year.

The UT System Board of Regents established a $300 million endowment late last month to grow tuition-free programs at seven of its schools, including UTEP. The Promise Plus fund is expected to generate $15 million this year, of which UTEP is receiving $2.5 million.

UTEP was the first university to announce the expansion of its free tuition assistance program using endowment funds.

“We know that public higher education is the catalyst for success. … But the issue of cost of education remains a challenge for many families,” Milliken said at Wednesday’s announcement.

Milliken described the new UT System endowment as “a major permanent step to make UTEP even more affordable for generations to come.”

The family income threshold varies across UT System schools’ tuition assistance programs, with the University of Texas Rio Grande currently having the highest at $95,000. Schools also set their own eligibility requirements.

UTEP mostly funds its PayDirt Promise by setting aside some of its annual tuition revenue.

Federico Moncada, a junior kinesiology student at UTEP, said he receives up to $1,000 each semester from the PayDirt program to pay the remaining tuition balance not covered by financial aid. He said the program allows him to worry less about his finances.

“I don’t have to take money from my pocket,” Moncada said. “I have a part-time job and I’m an athlete so I don’t have enough time to work a lot and pay for my classes.” 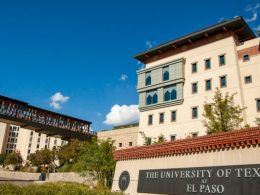 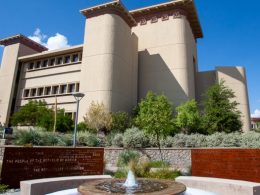 U. of Texas at El Paso adjuncts to receive $500 one-time payment after news of full-time faculty bonus

The new directive comes after President Heather Wilson announced a $1,200 one-time merit payment to faculty and staff who qualified for university benefits. That payment did not include some adjunct professors.