When language is the barrier

Welcome to The Intersection, an Open Campus newsletter that examines race and equity in higher education. If you’re new, make sure to sign up for future editions!

When talking about diversity, equity, and inclusion in higher education, one group that often gets left out of the conversation is English language learners.

“There will be a workforce upskilling program or there will be resources on campuses to attract historically under-resourced student groups to particular areas of study, but they’ll never include the resources that somebody needs to get the English skills first to then participate in those activities,” says Katie Brown (Nielson), the founder and chief education officer at EnGen, which is an online English learning platform.

Language barriers show up at many levels of education, Brown says.

English language learners are in separate classes rather than being placed in classrooms with fluent speakers where the language skill could be developed more effectively. Some students are proficient in English but still need help with skills like reading or writing and don’t have access to resources. Some college staff members might not have access to an incredibly beneficial part of their employment — discounted classes — without first improving their English.

But what can happen if college students or staff members who speak other languages are given the right tools to improve their English?

At the University of Maryland, a residential facilities housekeeper left Ethiopia to seek asylum in the United States and had a master’s degree she wasn’t able to use. Through a university partnership with EnGen, the woman was able to study and take classes at the college.

“This is about really supporting every single last community member at the institution who could use any measure of support — faculty, staff and students,” says Mariah Bauer, Director of Strategic Initiatives and Planning at the University of Maryland.

EnGen and the University of Maryland first started the partnership by providing online resources and guidance for international graduate students before they left their home country — giving them more flexibility and time for the language skills requirements, Bauer said.

Brown created the platform partly to help bridge the gap between the untapped skills of English language learners and the workforce. In the United States, only 4% of adult English learners’ needs have been met, she says. And an estimated 2 million immigrants are unemployed or underemployed because they cannot use their degrees or credentials from their home countries.

“We don’t do anything, systematically, to help people get English skills. The programs that do exist are generally ineffective and not scalable,” says Brown. “What I’m really trying to do is change the way people think about language learning, and get it incorporated into more of the work that we’re doing in basically every aspect of education.”

I talked with Brown to hear more about the struggles students face and how universities and administrators can step up. The responses have been edited for clarity and brevity.

Are English language learners often invisible populations on campus? If so, what tends to be the biggest challenges for these students when accessing quality education?

People will need to get a specific score or something on the test to get into college so they have some English proficiency, but they often need help with English that goes beyond what’s available on campus. (For example) they immigrated here when they were in the third grade and so their English sounds great and they did fine on the placement test, but there are gaps in their writing competence. There’s never any resources for learners like that, where there is no label for them — they just end up on a college campus.

They’re either not seen because there’s no label that says, this learner might need help with some specific reading and writing skills because they’re bilingual and because English is their second language or they’re seen and they’re trapped in an ESL program, and they aren’t allowed to get out of it until they jump through a bunch of hoops. They’re spending money. They’re spending loans. They’re getting financial aid to take these ESL classes that aren’t helping them get ahead at all.

What should colleges and universities consider when offering resources to English language learners? What are some factors that should be taken into account?

The first step is identifying who on campus is speaking another language, and then thinking about them — and not from a deficit perspective…but thinking about them as people who are fluent in at least one other language who need some support to become perfectly bilingual or trilingual in English or whatever other language that they’re offering. Think about ways to showcase the languages that people speak across campus and making opportunities for people to use the languages, all the languages they speak in the campus community. Then actually looking at where ESL intersects with other issues that they’re trying to solve. If there are completion issues, if there are people not being able to get through a writing requirement issue, if there are issues with people who are not enrolling in specific pathways — figuring out what is the blocker and then offering resources to fix it.

What tends to be some common misconceptions of ESL students, especially when they’re trying to pursue higher education?

The United States is pretty horrible at language learning. It’s why most Americans will tell you they took five years of Spanish and they can’t say anything. We’ve never been taught language the right way. So we don’t understand what it means to teach people languages. We don’t understand what it means to learn languages and how language classes should work. Learning a language is learning a skill, and it works best when it’s contextualized — when people get to use it right away. Rather than pulling ESL students out and putting them in a special ESL area, we should get them into the classes as quickly as possible and then give them the resources they need to succeed in those classes the same way we help learners who have learning differences or learners to have varying educational backgrounds.

Another is that accent is an indicator of proficiency. This one drives me crazy. If you learn a language as an adult you will have an accent, end of story. That’s because of human biology and cognition. You cannot acquire your second language the same way you acquire your first and the very first thing to disappear is the ability to sound like a native speaker. You will have very, very, very fluent speakers of second languages with very heavy accents that are influenced by their first language. People tend to dismiss them and think, oh, that person is speaking broken English.

Doing anything in a second language is really hard and because most Americans are monolingual, and have never even tried to do anything in a second language, they don’t understand what it means to immerse yourself in an educational institution and undertake every single class in a language that’s not your first language. That’s really hard. If faculty had some training about what it means to work with language learners, I think it would be helpful. Like letting them record the lectures or having a separate time for them to be able to get help on their writing.

What can happen to a college campus if English language learners are able to thrive and exist comfortably at the college or university?

The ability to have people from multiple cultures, with multiple perspectives — especially in an institution of higher education where people are supposed to be questioning what they hear and thinking about alternative viewpoints and thinking about things that are not the way they’ve thought about them forever — is invaluable. Confidence is a huge issue for them. When they speak, they’re going to make mistakes. If they don’t feel safe trying to use their second language or if they feel judged…they’re less likely to do it. Creating an inclusive culture where people are understanding of what it means to be a second language learner will allow them to contribute and communicate more which makes the whole entire cultural, higher ed experience better.

English learners spend a lot of their time and financial aid in remedial classes instead of college. Olivia Sanchez at The Hechinger Report reports about the challenges these students face. Read more about their experiences being not only marginalized but also, oftentimes, invisible.

What can we learn from a six-time college dropout about getting through college? Eric Hoover at The Chronicle did a deep dive into the life of a Black man in Philadelphia from recovery to college. Check out the story.

Talking about race in Mississippi schools has become controversial. But for the past 20 years, an expert has tried to keep the conversation going. Read the story by Molly Minta at Mississippi Today. 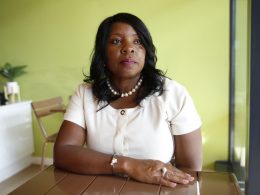 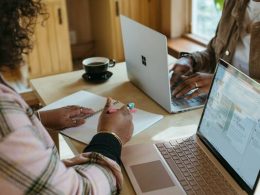 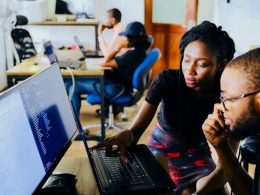 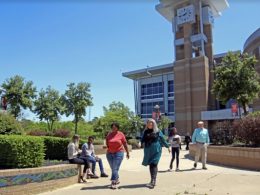