A new program intended to graduate more nurses in Mississippi will create more student debt and do little to fix Mississippi’s mounting nursing shortage this year, financial aid experts say. It would also put the state on the hook for tracking down nurses who default on the loans they’ve borrowed.

The state is lacking about 3,000 nurses, about one-fifth of Mississippi’s entire nursing workforce, according to a recent survey by the Mississippi Hospital Association.

The Nursing and Respiratory Therapy Education Incentive Program, proposed by Speaker Pro-tem Jason White, R-West, was one of a slew of programs lawmakers created this session to address the nursing shortage. It’s a forgivable loan program through which nursing students can get loans they won’t have to pay back if they work in Mississippi for five years after graduation.Nursing students who don’t hold up their side of the deal will have to pay the loans back with interest.

Lawmakers allocated $6 million in American Rescue Plan funds to the program. The bill doesn’t spell out how many nurses can get a loan each year, or the amount of loans an individual nursing student will be able to receive.

Hospital officials say they desperately need more nurses now, but this program won’t put new nurses at patients’ bedsides for years – they’ll have to graduate first. And even though the program was supposed to take effect July 1, the state agency tasked with implementing it says it won’t be able to dole out loans until next year due to the complexity of administering forgivable loans.

“We have a lot of questions about the program, how it should work, how it can work,” Jennifer Rogers, the director of the Office of Student Financial Aid, said at a recent Post-Secondary Board meeting.

The new program is similar to ones Mississippi already has on the books for nurses but that lawmakers haven’t funded for years. All five of thoseprograms have better terms for student borrowers, typically requiring nurses to work in the state for one or two years after graduation to get their loans forgiven, instead of five years.

Lawmakers, flush with stimulus dollars this session, funded those programs for the first time since 2015. Rogers told the Post-Secondary Board she is concerned about offering the new loan program to students considering it has worse terms.

“If it’s only one-time money, and we made one-year awards this year and then these students are on the hook for five years of service to the state, is that ethical, when we’ve got these other programs?” She asked. “There’s just lots of questions.”

OSFA wanted lawmakers to pass a different program, the Hospital Nurses and Respiratory Therapist Retention Loan Repayment Program, that was proposed in the Senate. That program, which was written in consultation with Rogers’ office, would have actually erased student debt in Mississippi by repaying existing loans on behalf of nursing students already working in the field. It was also intended to fix the nursing shortage. But House lawmakers refused to negotiate in the final weeks of the legislative session; the bill died in conference.

White, the sponsor of the House bill, did not return Mississippi Today’s request for comment. On the House floor in early February, Rep. Sam Mims, R-McComb, who chairs the House public health committee, called White’s program a “long-term solution” to the nursing shortage in Mississippi.

“Our goal is to create more nurses, and that’s what this legislation does,” Mims said. “This could be a long-term fix to get more nurses in our state, because we do know without the nurses … that’s why you’re seeing no beds available at our hospitals.”

OSFA will likely propose rules for the program in September. The Institutions of Higher Learning is also checking if this program is an allowable use of ARPA dollars, which need to be spent by the end of 2026.

Mississippi has used various loan programs since the 1940s to encourage people to go into teaching and nursing and other lower-paid health care professions. These programs, in theory, can fix labor shortages by using student debt as a tool to herd borrowers into the field that needs college-educated workers.

Through forgivable loan programs, states aim to accomplish that by making loans that students can repay by working in a particular industry for a period of time. These types of programs are essentially grants that convert to loans if a student doesn’t fulfill their service obligation, which is why researchers sometimes call them “groans,” said Mark Wiederspan, the director of a state financial aid office in Iowa.

To administer “groans,” the state essentially has to become a bank. Students sign a promissory note and, if they’re unable to pay the loans back, the state sends them to collections. Even though Mississippi hasn’t awarded new forgivable loans since 2015, OSFA is still collecting about $12 million in debt from 1,500 borrowers who’ve defaulted, according to its recent annual report.

With loan repayment programs – the program OSFA preferred – the state doesn’t make new loans but tries to attract workers to an industry by promising to forgive their existing student debt. These programs aim to achieve a similar goal but don’t create new opportunities for students to take on state-sponsored debt, which is one reason why states increasingly prefer this type of program.

“If you think student loans are a problem for students at all, then giving them an additional loan they might not be able to pay off doesn’t seem like a solution,” said Sandy Baum, who studies higher education finance for the Urban Institute. “The solution should be targeted at the loans they’re already taking.”

The Senate bill would have paid up to $15,000 of student debt – up to $3,000 a year for up to five years – for nurses who work in Mississippi. The bill would have awarded loans to 150 new registered nurse applicants, 50 new practical nurse applicants, and 25 respiratory therapists each year, Sen. Rita Potts-Parks, R-Corinth, explained at a committee hearing in early January.

“It’sto attempt to address the health care professional shortage, particularly the nurses, LPN, RN, respiratory therapists,” she said. “I think all of us get emails on a weekly or daily basis concerning the need from our hospitals and our universities as well.”

Another important difference between the two types of programs, Wiederspan said, is that loan forgiveness programs put more money in the pockets of colleges and universities, because students get the loans to pay for school. Loan repayment programs, on the other hand, are essentially a “bonus” for graduates.

Both types of loan programs have an effect on labor shortages, Wiederspan said, but more research is needed to determine how and why. As a professor at Arizona State University in 2018, Wiederspan reviewed studies of these programs and found that there is “no strong evidence to suggest individuals are enticed into choosing a particular occupation or college major because of the financial support.”

What’s clear is that loan programs don’t address the root cause of the nursing shortage in Mississippi, Baum said. Hospitals can’t compete with the high wages offered by travel nurse companies. Nursing schools, lacking capacity, have to turn potential students away.

“The idea that you could go be a nurse someplace where you’re gonna make three times as much money, or you can go to Mississippi and they’re gonna help you pay off your loans? That may influence some people, but it doesn’t seem like a miracle cure to the nursing shortage,” she said.

A 2018 report from the Congressional Research Service backs up Baum’s point – it found that “despite these programs’ providing a financial inducement for individuals to enter a specific field that is relatively lower paying … the amount received is generally far less than the overall lifetime earnings gap.”

The report recommends policymakers ask three questions before implementing these types of loan programs: Will people go into a field or industry without the incentive of a loan program? Is student debt “the only or most substantial impediment” to going into that industry? Do these programs encourage students to take on more student debt than they otherwise would have?

“You’re asking people to make different life choices because of this and making it a little bit easier to go the way you want them to,” Baum said. “But it just seems so obvious that as long as wages are low, it’s gonna have a limited impact than something that’s like this little bandaid.”

In lieu of forgivable loan programs, states are increasingly moving to loan repayment programs. Before this session, Mississippi seemed to be doing the same.

In 2014, Wiederspan found the state had the most forgivable loan programs of any in the country.But last year, the state made the switch for teaching, another understaffed industry. Many teacher loan forgiveness programs were disbanded and replaced with the William Winter Teacher Loan Repayment Program.

These programs also do not address the growing cost of higher education in Mississippi, said Tom Harnisch, the vice president for government relations at the State Higher Education Executive Officers Association. He said lawmakers should look at policies that make it easier for students to afford college and don’t create more student debt.

“Not to say that these programs don’t have benefits to participants, I’m sure they do, but there are more systemic issues that lawmakers need to look at,” he said. “We need to get back to funding higher education as a public good.” 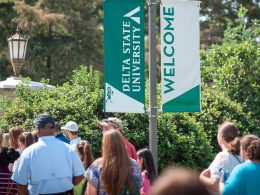 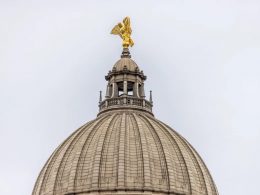 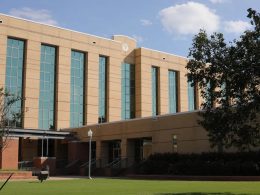 Incarcerated people at two prisons in the Delta will be able to start earning four-year degrees from Mississippi Valley State University this fall for the first time in more than two decades.