byJason Gonzales
Through a new initiative, students in rural areas will be able to attend classes from colleges not near them, like cybersecurity classes offered at Colorado Northwestern Community College. Matt Stensland / Chalkbeat

The state is spending $8.6 million on a new initiative that will let Colorado’s seven rural community colleges share programs and services so students  — no matter where they live — get a wider set of educational opportunities.

For example, a student at Lamar Community College in eastern Colorado could soon be able to take cybersecurity classes at Northwestern Community College’s Craig campus on the other side of the state. That student might also get tutoring from staff at Trinidad State College near the New Mexico border —about 140 miles away from Lamar.

The idea, thought up by the seven colleges, will help rural colleges better serve students and could bring in more money for those schools.

“It is expensive to run any college,” said Linda Lujan, Lamar Community College president. “But smaller colleges don’t have the economy of scale that larger colleges do.”

The initiative started as part of the state’s Rural College Consortium.

The collaborative was formed just before the pandemic by leaders from the community college system and Colorado’s seven rural community colleges. The consortium aims to address the toughest challenges facing their schools, including lack of programs, failing infrastructure, difficulties recruiting faculty, and challenges attracting students.

Keith Peterson, Colorado Northwestern Community College vice president of instruction, said the goal is to strengthen the collective of schools. It’s also meant to give rural communities more of a voice in state government.

The biggest challenge for small schools often is cost. Smaller schools might not be able to start programs teaching skills in in-demand jobs, which means students might miss out or have to move away for those opportunities. Rural schools also don’t always offer services such as tutoring and mental health counseling that help students finish school.

If successful, the initiative will expand the catalog of classes schools can provide and create better online infrastructure. The $8.6 million from the state will ensure students have access to the same technology available no matter where they are in the state and help improve internet connections so no student lags behind.

While the aim of the initiative is to help students, schools also should benefit through increased enrollment, offsetting a pandemic-spurred decline. The full catalog will be offered to students by next fall.

“In this new environment, this new economy, this new post-pandemic world, partnerships are the name of the game,” Lujan said. “That’s going to be how we survive and thrive.”

Rural college administrators across the state frequently point to the difficulty of offering an education equal to that of bigger Front Range schools. They also emphasize how important their schools are to their rural communities, which depend heavily on the schools as job training or employment centers.

The goal of the initiative is also to train more workers and keep students in their home communities, Pirius said. That may make it more palatable for students to go to school while juggling home or work responsibilities.

“They can stay in their community and then when they’re done, they go to work,” Pirius said. “So it’s an effort to retain homegrown talent.”

The idea to share services became a priority during the pandemic because of the changes it made to how students learned. The initiative was one of the top funding priorities this year in the state legislature’s Joint Technology Committee.

Peterson said Rural College Consortium leaders plan to come up with more priorities after its first success. He feels confident the changes will benefit students and the communities they come from.

“This is really, to me, just the tip of the iceberg of what we can accomplish,” Peterson said. 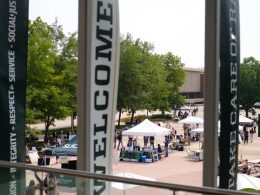 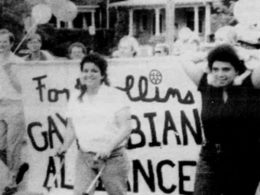 Amid state debates about the teaching of LGBTQ history, Thomas Dunn has been working to find and preserve stories — such as the lesbian ranchers who were some of the state's early homesteaders — as part of the Queer Memory Project of Northern Colorado. 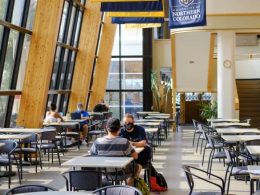 Students said they lost learning time due to remote instruction, worried more about college costs, and reported feeling exhausted as reasons they were less likely to finish college. 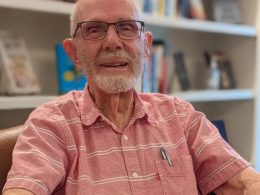