When I started covering prison education last year, I sent out a lot of messages asking people what kinds of educational programs were offered at their prisons. It took Jennifer Graves, who is incarcerated at the Florida Women’s Reception Center in Ocala, Fla., a while to get back to me.

“I had NO idea what opportunities we have,” she wrote. “After a little research, I found that we have none. Nothing academic is offered here, which is pretty sad because the University of Florida is about 30 minutes away.”

Graves’ response is not surprising. While I receive a lot of letters from people in college-in-prison programs, I get just as many, if not more, from people who want to earn a degree but don’t have the opportunity. For this issue of College Inside, I wanted to get an overview of how many places offer higher education in prison, and who is excluded from it.

For example, in Florida, which incarcerates 80,000 people, only six out of the 143 correctional facilities in the state offer incarcerated students the opportunity to earn associate’s or bachelor’s degrees. If those six programs enroll 50 students each (which would likely be on the high side), only 300 prisoners are attending college in the third-largest prison system in the United States.

In most states, it turns out, the majority of prisons do not have higher education programs, especially ones that lead to college degrees. Incarcerated people in less than a third of state and federal prisons have access to postsecondary education. And for some populations, academic options are even rarer. Some states explicitly ban people with long sentences from participating in higher education or don’t offer any degree programs, while others prioritize enrollment based on time to release.

There are some exceptions. Since 2014, California has allowed community colleges to use state funding to enroll incarcerated students. As a result, California, which has the second-largest state prison system (behind Texas) with 97,000 prisoners, is one of the few states offering classes in nearly every prison. Face-to-face college programs leading to an associate’s degree are available at 33 prisons, and people at all 34 facilities can enroll in community college correspondence courses. Six California prisons currently offer in-person bachelor’s programs.

Nationwide, there were 374 prison education programs operating in 522 facilities in 2019-2020, according to data collected by the Alliance for Higher Education in Prison. Those numbers include programs that offer certificates, associate’s degrees, and bachelor’s degrees, as well as those that offer college classes but not credentials, and require a high school diploma or equivalent for admission.

Most of those programs are offered at the 1,566 state prisons and 100 federal prisons in the United States. People in the 5,000 some local jails, juvenile facilities, immigration detention facilities, military prisons, and other facilities are even less likely to have access to higher education.

While the actual number of prison education programs is likely higher due to the expansion of Pell Grants and the fact the data is self-reported, those numbers indicate that the majority of people in prison do not have access to postsecondary education.

As of 2020, states like Delaware, Idaho, Montana, and South Dakota did not offer any bachelor’s or associate’s degrees to their prison populations. All of those states now have at least one Second Chance Pell site with the latest expansion of the program in April, but those programs won’t start until fall 2022 at the earliest and not all will lead to two- or four-year degrees.

“If the government and its citizens really want to ‘rehabilitate’ prisoners, then education and job training should be a top priority,” wrote Shane Bell, who is serving a life sentence at the South Dakota State Penitentiary in Sioux Falls, S.D. “If people don’t have something positive…like education, they find other, more negative ways to fill their time in prison.”

Even within facilities that have postsecondary programs, some categories of prisoners, including lifers like Bell, are often excluded from higher education. Half of the states impose restrictions on participation in education based on the length of an individual’s sentence, while 11 states have restrictions related to conviction, according to the Council of State Governments Justice Center. Many states also prioritize enrollment based on release date.

For example, people with life sentences in Alaska are excluded from vocational education and individuals on death row in Georgia are not allowed to formally participate in education programming. States like Colorado, Louisiana, and Missouri specifically prioritize those who have less than five years on their sentences.

Kamau Bentley, who is serving a life sentence in Wisconsin, has tried repeatedly to enroll in higher education programs. In the early 2000s, he tried to sign up for a college program, but was ineligible for state financial aid because he hadn’t registered for the Selective Service. He gave up on his education.

Almost 20 years later, Bentley heard about Pell Grant reinstatement and decided to apply to another college program. Although the Selective Service requirement had been waived, he encountered another obstacle.

“It was determined that I had too much time on my sentence to be enrolled at that time,” he said. “I was once again denied, and once again defeated. As of this writing, I am still trying to figure out a way to gain my degree, but in all honesty, every year I go without getting it done, the more unlikely it will be for me to do it.”

Although people with long sentences account for a relatively small number of state prison admissions, their numbers add up over time, according to a recent study from the Council on Criminal Justice. At the end of 2019, 57 percent of people in prison had been sentenced to 10 years or more. More than 200,000 people in the United States are serving life sentences.

Mary Ann Webb, who has been incarcerated at Anson Correctional in Polkton, N.C., for 18 years, said that the criteria to take college courses at her facility is to have a release date within 10 years. “Since I have life without parole, it’s impossible for me to grow mentally beyond trade classes,” she wrote. “The reason I’m offered trade classes is so I can keep the prison clean and running.”

Prison without opportunities for rehabilitation is “a life of stagnation,” she wrote. “I feel as if I have no purpose because I’m considered a waste of time and money to educate.”

College Inside was featured in the June/July issue of San Quentin News (see page 5).

Eric Kelderman dives into the oversight powers granted to departments of corrections in the Education Department’s proposed rules for Pell Grants for people in prison for The Chronicle of Higher Education. Advocates for prisoners worry that corrections agencies are not equipped to evaluate the educational quality of the programs, and that prisons will limit the available courses because they’re more concerned with security than access to knowledge, he writes.

The Visiting Room is a digital project featuring 100 filmed interviews with people serving life without parole at Angola, the Louisiana State Penitentiary. The project was spearheaded by Marcus Kondkar and Calvin Duncan. Kondkar is chair of the sociology department at Loyola University New Orleans, where he researches incarceration and sentencing patterns. Duncan, who served 30 years at Angola for a murder he didn’t commit, is a law student at Lewis & Clark in Portland, Oregon.

For the Prison Journalism Project, Joe Garcia writes about the first in-person graduation at San Quentin’s Mt Tamalpais College. Twenty students from the graduating classes of 2020, 2021, and 2022 attended the event at the end of June.

Florida passed legislation that allows people on state probation and community control in the state to receive education and workforce credits, rewarded by shortening probation terms. Each citizen can earn up to 60 days off their probation per completed educational activity, reports Rashad Milligan for Rolling Out.

California’s 2022-2023 budget, signed by Governor Gavin Newsom at the end of June, includes $15 million in funding to community colleges to provide postsecondary education for youth who are in the juvenile justice system. The funding occurs as the Division of Juvenile Justice is phased out, with California’s three remaining youth prisons set to be shut down entirely by June 2023. Young people will instead be under the supervision of county probation offices, which will be responsible for organizing education in conjunction with community colleges. The $15 million will support up to 45 community colleges across California implementing programs modeled on Project Change at the College of San Mateo. 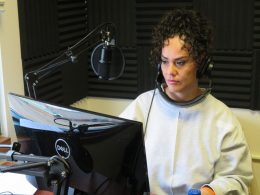 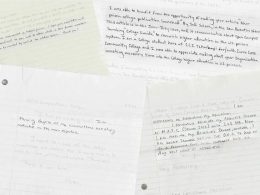