When a college asks you to apply

The college admissions process is often framed around scarcity — an approach that can create anxiety and stress for potential students. The idea of rejection looms large. But what if the conversation were flipped? What if colleges focused on a process that emphasized opportunity instead?

Common App, a nonprofit organization that offers an undergraduate admissions application used by hundreds of colleges, is trying out an approach to do just that. For the past two years it ran a pilot project in which colleges reached out to students they were interested in, based on their grades, and offered them admission on the spot.

The program was mirrored after a similar initiative in Idaho, where students received acceptance letters from public universities based upon high-school performance.

“How could we do something similar with the more than a million applicants who use Common App? How can we do it in a way that is really focused on equity?” Jenny Rickard, CEO of the Common App, asked on a call with reporters. “What we’re really trying to do is change the narrative about access to higher education.”

In March 2021, Common App initially worked with HBCUs in three states — Fisk University, in Tennessee, University of Maryland Eastern Shore, and Norfolk State University, in Virginia — to reach out to a set of students who met basic GPA requirements to attend their universities.

Common App identified a student pool for those universities from people in their states who had created an account and provided enough academic information but had not finished their college applications.

Those students then received an email from the Common App and the participating college telling them that they would be accepted to the university if they submitted an application. Their application fee also would be waived.

The program expanded to six universities this past January, this time reaching 17,707 students across Tennessee, Maryland, Virginia, and New Jersey.

The direct admissions program appeared to help increase students’ confidence in applying for college, leading them not only to apply for admission to the college that reached out with the offer but also to more colleges in general.

Students who received direct offers of admission ended up submitting 10 percent more college applications than the students with Common App accounts who were not in the direct admissions program, Rickard says.

The program made college feel more accessible to students, says Jordanna Maziarz, the director of undergraduate admissions at Montclair State University. After receiving an offer letter from Montclair State, Maziarz hoped students were encouraged to apply to even more colleges.

The program, she said, opened the door to even more first-generation students than the college already serves — a trend that reflects what can happen if college doubt is removed from the conversation.

Direct admissions takes away uncertainty, Maziarz says, erasing the Can I go? question, especially for students who don’t have family members who have gone through the process before them.

Direct admissions also could be an opportunity for colleges to address declining enrollment. Since 2019, the number of students enrolling has fallen by 1.4 million students, or 9 percent.

Rethinking the college admissions process with programs like direct admissions could help colleges connect with potential students, especially if they can counter a narrative that colleges are overly selective or hard to get into, Rickard says.

“The fact that it’s eliminating a big barrier, which is a psychological barrier, could definitely be something that helps people realize that college can be possible, they can actually go,” Rickard says.

“That could really help people going to college — making it more of an abundant resource than a scarce one.”

As college enrollment declines overall, some colleges and universities are seeing growing interest. Some historically Black colleges, for example, have noted an increase in enrollment, reports Shauneen Miranda at NPR. Read why more Black families and students are looking to HBCUs.

Millions of people in the United States primarily speak Spanish. Some Hispanic-serving institutions have created bilingual and dual-language programs to bridge the gap in educational options. Check out Eleanore Catolico’s story for EdSurge on these new programs.

As students in Oxford, Miss., grapple with the death of a Black and LGBTQ student leader, more people on campus are speaking up about not feeling safe in the community. Molly Minta at Mississippi Today reports on how students, faculty, and campus police are addressing the issue of violence and harm against the LGBTQ community.

I’d like to hear from you. Share your stories, tips, and perspectives by sending me an email. Reach out to me at naomi@opencampusmedia.org.

They need more help with financial literacy, when situations change, and with life outside of school. 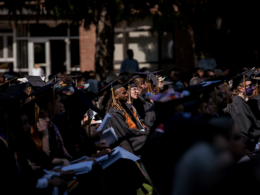 Black college graduates owe an average of $25,000 more in student loans than white college graduates. And Hispanic borrowers were most likely to delay getting married and having children due to student debt.

A platform for first-gen students

Over the past two years, Zipporah Osei offered readers personal insight into the experience of being a first-generation college student through her Open Campus newsletter, First Gen. Here's what she learned. 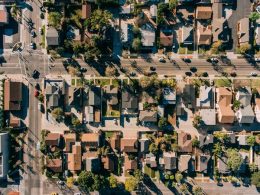 Achievement, race, and the American suburb

"We have to have a much more nuanced understanding of the role that race plays in shaping opportunities," says the author of a new book about the pursuit of the American dream in the suburbs.