President Joe Biden announced Wednesday the White House will forgive up to $10,000 of federal student debt for borrowers who make less than $125,000 per year, or households making under $250,000.

Borrowers who received a Pell Grant in college will receive an additional $10,000 of debt forgiveness, Biden said. Pell Grants are a form of federal student aid targeted at students from low-income families.

The long-anticipated decision marks the largest relief of student debt to date, and makes good on Biden’s 2020 campaign promise to “immediately” cancel a minimum of $10,000 of federal student loan debt per person.

Biden also announced a four-month extension to the student loan moratorium, which was set to expire at the end of August.

Payments on federal student loans will be paused until Dec. 31. Debt collection efforts will be suspended during that period and interest rates will remain at 0% until repayments start.

The announcement came as long-awaited relief for many of Florida’s 2.6 million residents with federal student loans.

Florida’s student borrowers have the fifth-highest debt burden in the nation, owing more than $38,000 in federal loans on average, according to the Education Data Initiative.

That debt is not equally split among the state’s residents. One-third of borrowers owe less than $10,000 and could see their student debt disappear entirely after Wednesday’s announcement. For another 10% who owe more than $100,000, the news comes as only minor relief.

“It would have been nicer if the number was higher, but what we got was a whole lot better than nothing,” said U.S. Rep. Darren Soto, who represents Florida’s 9th Congressional District.

Soto commended the president’s decision to increase the relief for Pell Grant recipients, which he said helps target the neediest cases without adding unnecessary complexity to the program.

For St. Petersburg software developer Amanda Leaders, who found Biden’s news release lacking in detail, the news came with as much frustration as relief.

The application for loan forgiveness will be available in the “coming weeks” and it’s not clear to Leaders, who received a Pell Grant in college, whether her graduate school debt will be covered.

“I wanted to be excited about this,” Leaders said, “but I don’t know if there is enough grounded information here to be excited about … and the fact that we went right down to the wire to when we would have had to start payments again frustrates me.”

The one-time loan forgiveness also doesn’t address the high interest rate that student loans carry, which Leaders sees as the root cause of her debt worries. Despite making regular payments on her loans, her total debt has increased by 60% in the past 16 years.

“My payments were eating into my grocery bill, they were all I could really afford,” Leaders said. But those minimum payments only covered interest without paying down the principal on her nearly $42,000 in student loans.

“This is going to help me, don’t get me wrong,” she said. “But I’m worried about what happens when I suddenly go back to paying many hundreds of dollars a month.”

RELATED: The pandemic offered a taste of student debt cancellation. It ends next year.

Prior to Wednesday’s announcement, Biden had approved approximately $32 billion in debt relief for 1.6 million Americans, according to White House spokesperson Abdullah Hasan.

But those measures were limited to programs for public employees, borrowers who qualify as permanently disabled, and those who were defrauded by private for-profit universities.

And while Wednesday’s announcement has far greater impact for 43 million Americans with federal student loans, both supporters and critics of student debt forgiveness have taken issue with Biden’s decision.

In anticipation of Biden’s announcement, NAACP President Derrick Johnson criticized the $10,000 relief as insufficient to meet the needs of the Black community.

“Canceling just $10,000 of debt is like pouring a bucket of ice water on a forest fire,” Johnson wrote in a CNN opinion piece released Wednesday. “It hardly achieves anything.”

On average, Black borrowers owe $25,000 more in federal student debt than their white peers four years after graduating and are more likely to report that they struggle to meet monthly payments, according to the Education Data Initiative.

Johnson, along with Senate Democrats Chuck Schumer and Elizabeth Warren previously urged Biden to increase the maximum relief to $50,000. Others have called on the White House to erase student debt entirely.

The debt moratorium offered relief to millions of Florida borrowers suffering from the economic effects of the COVID-19 pandemic.

Some argue that there is no need for further stimulus and that student debt forgiveness is an inefficient way to help Americans facing the quickly rising cost of food and housing.

“Student loan debt relief is spending that raises demand and increases inflation,” wrote former U.S. Treasury Secretary Lawrence Summers on Twitter on Monday. “It consumes resources that could be better used helping those who did not, for whatever reason, have the chance to attend college.”

In a 2021 report, the nonpartisan Committee for a Responsible Federal Budget estimated that a $10,000 debt forgiveness program would result in just 13 cents of economic activity for every dollar spent — an “extremely poor stimulus” compared to more direct methods of relief.

And that modest stimulus comes with a large price tag.

Biden’s plan of forgiving up to $10,000 in student loans for those making less than $125,000 a year would cost the government nearly $330 billion over the next 10 years, according to a recent report from University of Pennsylvania’s Wharton School of Business. 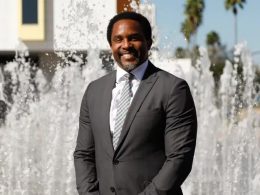 As New College faced turmoil, someone called the campus chaplain

How do you start a contentious board of trustees meeting with a prayer? Pastor Dwight Henry struggled to find the words. 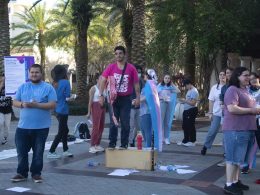 Their petition drew 2,400 signatures, but the university said it is legally bound to hand over the information.

Amid a statewide nursing shortage, many students at private for-profit programs are failing their national licensing exams.

A majority of new trustees asserts its power, and students are stunned.