byJason Gonzales
Photo: U. of Colorado at Boulder

In a long-awaited announcement, President Joe Biden on Wednesday said his administration will cancel $10,000 in student loan debt for borrowers who make less than $125,000 a year, or $250,000 for taxpayers who file jointly. In addition, Biden said many students from low-income backgrounds will receive an additional $10,000 in relief.

The unprecedented maneuver by Biden should reach over 43 million borrowers and even wipe out loan repayments for some. But it likely won’t fix some of the larger issues surrounding student debt — namely the cost of college and the large amounts borrowed by some to foot the cost of college. Nationally, student debt has ballooned to over $1.7 trillion.

U.S. Secretary of Education Miguel Cardona said in a news release Wednesday that student loan debt has hindered many Americans’ ability to achieve their dreams — including buying a home, starting a business, or providing for a family. The department also announced other changes to make repaying loans easier.

“Getting an education should set us free; not strap us down,” Cardona said. “We’re delivering targeted relief that will help ensure borrowers are not placed in a worse position financially because of the pandemic, and restore trust in a system that should be creating opportunity, not a debt trap.”

Biden ran on canceling at least $10,000 in student loan debt and faced pressure from advocates to cancel much more. He repeatedly delayed a decision amid intense debates about whether debt cancellation would advance economic justice or disproportionately benefit higher-earning Americans during a time when the working class is struggling.

The plan provides more help to the students who started with the least. About 27 million Pell Grant recipients should be eligible to receive up to $20,000 in loan forgiveness. Pell Grants cover a portion of college costs for students from low-income families, with the large majority of eligible students coming from households that earn less than $60,000 a year.

Kyle Southern, The Institute for College Access and Success associate vice president of higher education quality, said there’s two sides to the announcement. It’s life changing, especially for borrowers from low-income backgrounds. But a larger conversation about student debt needs to happen, especially when it comes to which students leave college with debt.

The cap on how much debt will be forgiven means white borrowers will have a larger share of their debt relieved than Black and Latino borrowers from low-income backgrounds, who on average owe more than white students do upon leaving college.

The announcement should fuel further conversations about how to invest in the Pell Grant program and support for institutions that serve a high number of students of color.

“We’re very conscious that we haven’t yet broken the cycle that feeds those kinds of debt-based approaches to higher education,” Southern said.

In a recent CNN opinion article, Derrick Johnson, NAACP national president and CEO, said “$10,000 in relief is like pouring a bucket of water on a forest fire” for Black Americans who owe almost double the student debt that white Americans do — almost $53,000 on average for Black college goers.

Shanique Broom, 31, who lives in Denver, sees the Biden plan as a drop in the bucket. She owes more than $300,000 after attending Central Michigan University for her bachelor’s and master’s degrees and the University of Denver for her doctorate.

She’s happy for the relief, but wishes students from low-income backgrounds were eligible for more debt relief.

“I was wanting something more equitable,” said Broom, who works in education policy. “But realistically, with how this government, this administration, just like our country has operated, I didn’t even expect this.”

She said students whose families have fewer resources have to borrow more just to cover living expenses while they’re in college.

Biden and his administration also received praise for the debt cancellation plan. Felipe Vieyra, who graduated from the University of Denver in 2012 with over $60,000 in student loan debt, said he already texted friends about his excitement. The 32-year-old said the $10,000 the government will forgive should bring down his student loan debt to $20,000. He has spent years chipping away at the debt on his own.

At one point he lived out of a storage room for $200 a month because he couldn’t afford other rent. He said the $20,000 he will still owe feels more surmountable.

“This gives me more control,” he said.

He added that he’s not sure whether the announcement helps students of color see college as more attractive. The percentage of students enrolling straight from high school into college has been dropping. Many of those choosing jobs instead cite aversion to debt and higher pay for entry-level jobs.

A recent report from The Institute for College Access and Success showed half of all Colorado students graduating college in 2020 held debt, on average $26,424. In 19 other states, average debt for college graduates was more than $30,000, while in six states it averaged more than $35,000.

“It’s still expensive to go to college,” Vieyra said. “And that needs to be addressed one way or another.”

Colorado Department of Higher Education Commissioner Angie Paccione said debt relief is especially helpful for students who went to college but didn’t complete a degree. Paccione said in Colorado there are 700,000 people who attended a higher education institution but didn’t graduate, “which means they have probably at least half the debt that they accrued, but they don’t have a credential that helps to maximize their earning potential.”

She said she expects unintended and yet-unknown consequences and political backlash, especially from those who already paid off their loans. But this generation, she said, “is suffering disproportionately more than what it cost me to pay.”

“What I’m fearful of is that there will be people who see it as a handout instead of a helping hand up,” she said.

Southern said he hopes the administration will clearly communicate how students can take advantage of the debt forgiveness and that federal officials “automate as much as possible.”

We have to be really vigilant in making sure that this program is widely known and easy for people to access the benefits that they’re entitled to,” he said.

It will extend the pause on repayment, interest and collections until Dec. 31 for borrowers who will still owe payments beyond the cancellations.The pause extends the delay put in place at the start of the pandemic.

The department also is proposing to reduce monthly payments for low- and middle-income borrowers.

The proposal would cut in half — from 10% to 5% of discretionary income — the amount that borrowers have to pay each month on their undergraduate loans. The rule would also forgive loan balances after 10 years of payments — instead of 20 years — for borrowers with original loan balances of $12,000 or less. And it would cut interest as long as borrowers make payments on time.

Borrowers like Broom with high student loan debt will likely get the most relief not from the $20,000, but from the income repayment changes. Nonetheless, she expects her payments will still be thousands of dollars a month, akin to paying a second mortgage, she said.

The administration also plans changes that will make it easier for borrowers working in nonprofit jobs or the military to use the Public Service Loan Forgiveness program. And the administration said it’s taking steps to hold private schools accountable for high debt and will publish an annual watch list of programs that contribute to high student debt.

The list will name programs with the highest debt levels in the country. The department will request improvement plans from those colleges and that will outline how the college intends to bring down debt levels. 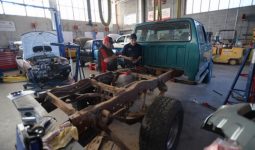 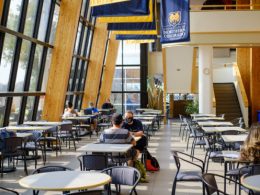 How do we help people who started college and dropped out get back in the door and across the finish line? And how do we make college attractive to high school students who are excited just to earn $20 an hour right now?