Many of the training providers featured in this newsletter are small, nascent experiments. They often enroll a few hundred students at most but feature an approach experts say is worth watching.

Bitwise Industries doesn’t fit that mold. During the last nine years, the Fresno, California–based company has prepared more than 10K students for tech jobs with accelerated training and paid apprenticeships. It is expanding to nine other midsize cities, six of which are outside California, including Toledo, Ohio, and Las Cruces, New Mexico.

“Most prospective students come to a fork in the road where they face a decision for their future,” Olguin says. “Some of the options they have to consider include community college, service industry work, or possibly Bitwise classes.”

The coursework is designed for working learners. Classes are offered at night, with 36 hours of instruction and a tuition rate of $250. They take six weeks to complete, and students enroll in one at a time. The curriculum focuses on coding and is built on what Bitwise says “technology pros are using in their careers today.”

Also important, says Olguin, is providing students with a network of peers and professional development as they explore careers. “Creating the sense of belonging cannot be underestimated,” she says.

The company features a two-sided marketplace, with a tech services consulting arm as well as its workforce training operation.

Students who complete their training often are hired to work on the tech services side of the house, building custom software for a wide range of customers, many of them companies with local roots. Bitwise also has experience with real estate, having developed 450K square feet of formerly blighted office buildings in downtown Fresno into commercial properties.

Even so, Olguin says the company wasn’t sure its approach would export well to different markets. But the effort to understand the needs of each community and its students appears to be working, as Bitwise draws more funding and continues to grow.

The company announced this week that it will convert a warehouse in Buffalo, New York into a tech campus.

The Kicker: “You can’t show up on a white horse to save the day,” says Olguin. “It’s got to be a local expression of the model.”

Techstars is an investment firm focused on early-stage companies. With a new $80M fund aimed at diverse entrepreneurs, for example, the Colorado-based company is running 37 accelerator programs across nine U.S. cities.

Many of the best upstarts in tech education layer their training with internships or informal apprenticeships, says Taylor McLemore, managing director of the Workforce Development Accelerator. Work-based learning can be a bridge between learning new skills and productively applying them.

“These models are inherently more scalable than most traditional education models,” says McLemore.

That’s partially because the training providers tend to lean on open-source, low-cost training materials, he says. They also ditch the “theoretical brand value based on exclusivity and paying for access to content.”

However, new tech-training providers face a challenge in broadly replicating the close, custom relationships with local employers that typically get them up and running, says McLemore. It would be a big mistake for successful startups to centralize employer engagement in a separate department, he says, a similar model to university career services.

The result, McLemore says, would be “distancing what is the most powerful element of these training offerings—the close integration of the training with what is in demand in the labor market.”

McLemore shared more thoughts about tech training as well what he’s seeing with skills-based hiring and whether employers really are beginning to look beyond four-year degrees. Click on over to Work Shift to read the exchange.

$1M for Each Job Placement

Not all tech-training experiments pay off. The Washington Post last week published an investigation on the shockingly bad results from a federal program to retrain veterans of the U.S. military.

The $386M fund from the U.S. Department of Veterans Affairs offers a year of online education and training for high-demand jobs in tech. But just 6,800 veterans had enrolled in the program as of August, far short of the target of 17,250 students. And only 397 participants had landed new jobs, the newspaper reported.

The VA has pulled approval for 90 participating schools, many of which failed to attract students. Some have been accused of predatory practices. For-profit institutions played a prominent role in the program’s meltdown, particularly the Chicago-based Future Tech Institute.

A similar, previous VA effort also was a flop. And the new scandal is reminiscent of the missteps and fraud that have plagued coding schools for displaced coal miners.

Forest for the Trees: Part of the problem is the lack of a cohesive federal workforce education and training system, says Annelies Goger, a fellow at the Brookings Institution.

While it can be politically expedient to target relief to a specific constituency in a crisis, she says that approach to job training often includes little consideration of what it takes to build a successful program.

“After decades of these targeted programs instead of building a more integrated foundation of education and training, people often do not know about the programs that they are eligible for,” says Goger, an economic geographer.

Likewise, she says, it takes years for a training provider to develop a brand that prospective students recognize by name, and which employers value.

One-off, short-term programs are the worst, says Goger, because they often take a couple years to set up, and “then they finish in another year or two and it’s hard to know what the impact was until many years later.”

That was a problem for the Obama-era TAACCCT grants. Goger says the $1.9B in federal money fueled job-training capacity that quickly poofed.

“We don’t have much left to show for it in terms of the system’s foundational ability to educate and train people,” she says. “Everyone’s awareness of how they can access lifelong learning is still quite limited and confusing.”

As we head into the Labor Day weekend, here are a few of Work Shift‘s must-read pieces from the past few months, in case you missed them.

The workforce is changing. Can community colleges change with it? Advocates and researchers in education are asking if two-year institutions might transform to reach a fuller potential—serving as community hubs for social and economic mobility.

Low pay in ‘helping’ professions creates a moral dilemma for colleges The pandemic and mounting concerns about equity have colleges questioning whether they can continue to offer certain credentials in low-paying caregiving fields.

A new $500M workforce education fund in California has moved beyond its pilot phase, which was focused on students who had applied for aid at a public college or university. The application for the Golden State Education and Training Grant Program is now online and available to students who are enrolled in programs that aren’t eligible for federal aid, including adult education, certificate, and noncredit tracks.

Colorado is spending $26M in federal stimulus money on tuition-free training for students to become entry-level workers in healthcare roles such as nursing assistants, emergency medical technicians, and medical assistants, Erica Breunlin reports for The Colorado Sun. The program could reach more than 4K students. But Colorado faces a projected deficit of 54K lower-wage healthcare workers by 2026.

The U.S. Department of Labor has awarded $50M to nine organizations across the country to create hubs to expand, diversify, and modernize registered apprenticeships. The new funding builds on more than $121M in awards for the same purpose the Labor Department announced over the summer. The department has made establishing and expanding apprenticeships in new and fast-growing industries a priority.

Significant deals involving companies focused on vocational education technology continued during the last quarter, according to a new report from Ufi Ventures and Tyton Partners, including a wave of investment in recruitment and talent-acquisition companies. However, investors are showing more caution due to valuation drops and projections of a looming recession in various global economies.

Enrollment at Maine’s community colleges is up 12% this fall, according to preliminary data from the system. A new free college scholarship is helping to drive those gains—42% of students across the seven colleges (5,399 students) qualify for that aid. A onetime $20M state allocation is funding the scholarship. Thousands more students are expected to enroll in coming weeks.

Roughly two-thirds of students who are Black (64%) and Latino (68%) attend college part-time, compared to 48% of white students, according to a new report from Complete College America. To better serve part-time students, who are less likely to graduate, the group recommends that colleges offer shorter courses and more classes that are scheduled outside of traditional working hours.

Students who earn industry-recognized credentials during high school tend to have somewhat better work and college outcomes, found a study by the Fordham Institute, which used data from Texas. Yet those certifications tend to be more of a stepping-stone than an endpoint, according to the accompanying report, which called for a better understanding of how students perceive the credentials and career education.

LinkedIn has added professional certificates from IBM, Meta, Oracle, and Microsoft to its LinkedIn Learning platform. The company said its recent acquisition of EduBrite will help enable it to add assessments for certifications, including ones in digital marketing and cloud infrastructure. LinkedIn also will create co-branded certificates with Microsoft that draw from its 17K-course library on LinkedIn Learning.

I’d like to do more reporting here and in Work Shift on the results of federal and state spending on workforce education. Please send tips for where we should be looking. —@paulfain 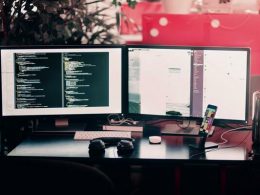 Could one-year apprenticeships become a thing in tech?