College, clemency, and inside voices

One of our College Inside contributors got big news: Rahsaan “New York” Thomas, the inside host of the Ear Hustle podcast out of San Quentin, got word that he is going home in about 5 months. He cleared the last big hurdle last week when the California parole board signed off on Governor Newsom’s clemency.

Even though Rahsaan finished his associate’s degree – one of the factors cited by Newsom’s office as a reason for granting clemency  – in 2020, he also just celebrated his graduation in June. (Rahsaan recently wrote about his winding journey to a college degree for The Marshall Project.)

“For those of us serving long sentences, recidivism rates and jobs can’t measure the success of our college education,” Rahsaan writes. “My pursuit of a degree started in 2016, approximately 16 years into a 55-years-to-life sentence. I would have to live to be 85 years old to evaluate whether an associate’s degree will break the cycle of incarceration that’s circled my adulthood.”

While we’re talking about clemency, Johnny Pippins has still not received clemency from Illinois Governor J.B. Pritzer. He had to withdraw from his Ph.D. program at University of Iowa last month. He remains optimistic about his petition and still plans to pursue his doctorate.

Yesterday, I moderated a panel at the RiseUp Conference on Higher Education and Prison with Johnny and Brandon Brown, who has had two unsuccessful attempts at clemency in Maine despite his educational achievements while incarcerated.

Both Johnny and Brandon have similar stories in that Illinois and Maine are two of the 16 states that have eliminated parole, meaning that clemency – an inherently political process – is their only option for early release. In Brandon’s case, he’s technically still in custody, but he’s out in the community, attending graduate school, and teaching college classes thanks to legislation that he helped write.

We also heard from Mark Osler, a law professor at the University of St. Thomas in Minnesota and a national expert on clemency. Mark pointed out that many people who have successful clemency applications have been able to access higher education, not only because it’s evidence of personal growth but also because they gain the skills they need to successfully tell their own stories.

Over the past year, we’ve been collecting stories from writers inside about their experiences with education in prison. Here are some of the highlights:

Khalil A. Scott, a mentor in a young adult unit at Lee Correctional in South Carolina, asked the young men he works with if they were interested in taking college classes during a recent community circle. Twenty-seven of 33 among them shot a hand into the air. The prison where they are incarcerated only offers GED instruction and vocational training despite the fact it has a housing unit for 18-to-25-year-olds.

“The young men in our unit are the same age as traditional college students. They are missing out on a time in life when most people are figuring out who they are and what they want to do in the future,” Khalil writes. “Research shows that, compared with older adults, young adults lack emotional control and are more likely to act impulsively. But they are also more receptive to positive interventions, including higher education.”

‘Eventually luck got ahold of me’

“Having access to vibrant college programs is what drives success for people in prison⁠—my own life is testament to this,” writes Tomas Keen. “Eventually luck got a hold of me and I was transferred to the Washington State Reformatory. And there I learned that even after the government gave up on college for prisoners, many private funders did not.”

‘I wonder about comeback stories. Danny’s might be one.’

Nicholas Brooks writes about the tumultuous journey his friend, Danny Sanchez, took to get to college. “When I talk to my friend Daniel Sanchez about books and life and his college classes, I lean in, elbows on his cell bars. Sometimes it gets deep,” Danny writes. “It took almost nine years and nine different prisons — violence, solitary, violence, solitary — before he would enroll in a college program.”

Seventeen-year-old A.M.R., who is incarcerated in California, writes about her experience with attending school in juvenile detention – working from a book alone in a room with 20 other girls. Transferring to a state youth facility offered the opportunity to take college classes.

“I ended up being the smart girl who still got A’s while on drugs. I could pass a class drunk and grieving,” she writes. “The two worst years of my life happened to be during middle school and they led to right now sitting in a cell writing this. I got locked up right when the second semester of high school started. I had all these plans and then it felt like they swirled down the drain.”

“Long ago I realized if I wanted to get out of my abusive homes, I would have to put all of my energy into becoming somebody. Education is what saved me in desperate times; it gave me a purpose and now it is giving me a future outside of the system.”

‘Leave your culture and assumptions at the door’

What should educators know before walking into a prison? The landscape may look vaguely familiar, Nick Hacheney and Tomas Keen write, but don’t be fooled. There’s a lot outsiders can’t see, and need to understand.

“It’s wrong to walk into prison and think that terms like equity, fairness, and anti-discrimination are going to mean the same thing here that they do outside,” Nick and Tomas write. “Prison educators need to identify more closely with Harriet Tubman than John Harvard. You need to read the words of Michelle Alexander and look for modern day underground railroads.”

Related: For an educator’s perspective on teaching in prison, also check out this Q&A with Nigel Poor from Ear Hustle.

For our partner WBEZ, reporter Anna Savchenko visited Logan Correctional Center, a women’s facility outside of Springfield and the only prison in Illinois where women can earn a bachelor’s degree. The program from Northwestern University launched this fall, after operating at Stateville Correctional Center, a men’s prison, since 2018.

“These programs are extremely rare in Illinois and around the country,” Anna writes. “While college students across Illinois return to campus this month to start a new semester, there are few options for women in prison. Logan has the only liberal arts degree-granting curriculum for incarcerated women in Illinois.”

The Prison Letters Project is a collaboration between John J. Lennon, a prison journalist in New York, and Emily Bazelon, a staff writer at the New York Times Magazine. After Emily wrote a cover story about the exoneration of a prisoner named Yutico Briley, she began to receive more mail from people in prison. Because she couldn’t handle all the letters personally, she partnered with her students at Yale Law School (where she’s also an adjunct) to log portions of the letters into a public database.

The project is hosted by Freedom Reads and the Law and Racial Justice Center at Yale. If you are interested in learning more about a particular person’s case or connecting with them, please write to prisonlettersproject@yale.edu. 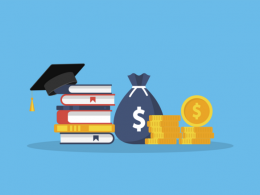 Deciding the rules of the game

What you need to know about the public comments on proposed rules for Pell Grants for incarcerated students. 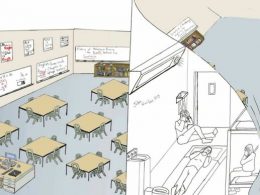 ‘Leave your culture and assumptions at the door’

As prison-based education programs slowly return, many newly inspired educators are unknowingly about to walk into a foreign land. Two incarcerated students have a guide. 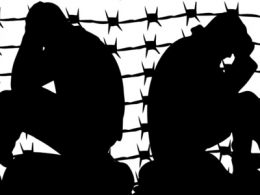 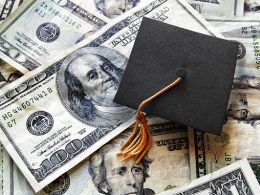 What you need to know about proposed rules for restoring Pell Grant eligibility for people in prison and new research on the effects of imprisonment on student debt.