Three separate letters, which altogether had more than 4,300 signatories late Monday, argue that CMU’s public condemnation of Anya’s comments has worsened the online vitriol she faces and has failed to defend and protect her freedom and security. The largest letter, dominated by members of the global academic community, has received 3,853 signatures.

“The letters of support also showed me something even more important than my job. They showed me I have people. I have people in my life, my new city of Pittsburgh, my university, in this country, and around the world,” Anya said in a statement to PublicSource on Monday evening.

The professor said, however, that she is not “in a battle” with the university. While CMU clearly showed that it did not approve of her comments, she said, the university “stands unequivocally in support of my academic freedom and freedom of expression on my own personal social media.

“As the letters of support clearly show, I am wanted and I belong here.”

The university did not respond to a request for comment by deadline.

Anya, an associate professor of second language acquisition at CMU, tweeted Thursday that she wished the queen an “excruciating” death, referring to her as “the chief monarch of a thieving raping genocidal empire.” In defense of her comments, Anya shared that her family survived the brutal suppression of Nigeria’s separatist Igbo people in the late 1960s, which the United Kingdom supported due to oil interests.

CMU issued a response to Anya’s remarks on Thursday, calling her comments “offensive and objectionable” while acknowledging the importance of freedom of expression. “Free expression is core to the mission of higher education, however, the views she shared absolutely do not represent the values of the institution, nor the standards of discourse we seek to foster.”

Anya then said the 1960s war “has shadowed our entire lives and continues to affect it, because we’re still mourning incalculable losses and still rebuilding everything that was destroyed,” in a Friday statement to PublicSource. “Some may not approve of how a survivor of state violence expresses their opinion of those who harmed them, but all should know that ‘colonizer’ is not an abstract word to me.”

On the first day of online backlash, during which CMU issued its statement, Amazon founder Jeff Bezos tweeted: “This is someone supposedly working to make the world better? I don’t think so. Wow.”

To Jay Aronson, a professor of science, technology and society and signatory of the faculty and staff letter, the university’s condemnation of Anya’s comments represented a clear effort by CMU to engage in “donor damage control” instead of protecting a Black faculty member. Amazon has donated $2 million to CMU in recent years, according to The Chronicle of Higher Education.

“When a professor’s statement that’s controversial or shocking causes trouble within a particular class of people, mostly wealthy white people, the university is going to do what it needs to do in order to ensure that it maintains a good relationship with those people,” Aronson said.

Responding to claims that Bezos’ tweet influenced the university’s response, a CMU spokesperson told The Chronicle that “There is simply no truth to that assumption.”

Excerpt from a letter in support of Professor Uju Anya. The letter, which had 3,853 signatures as of late Monday, is dominated by signatories from the global academic community.

The university’s public condemnation of Anya’s expression is “highly problematic,” said Danielle Wenner, an associate professor of philosophy and a signatory. By singling out Anya — one of few Black female professors at the university — CMU put her at risk of greater harm, Wenner said. Anya told The Cut that she’s received emails with racial slurs and racist rhetoric.

The faculty, staff and student letters call on CMU to protect Anya’s position at the university and reassess how it responds to similar situations in the future. Aronson believes CMU should issue a public apology.

“By so forcefully and directly condemning Professor Anya’s statements, the administration has emboldened the extreme backlash against her,” the faculty and staff letter, with 110 signatures Monday, reads.

“I think that they really should have not actually addressed it,” said Sandhya Ramachandran, a fourth-year doctoral student at CMU and signatory of the student petition. “This was so much a statement of historically true facts, and then a statement of her personal feelings about it. And I don’t think that that’s the kind of thing that a workplace really should be responding to.”

The university did not comment on whether it will impose any disciplinary action against Anya. The professor told PublicSource that, based on what leadership has communicated with her, “there is absolutely no plan to sanction or fire me, nor is my status at Carnegie Mellon in jeopardy.”

Comparisons to hiring of Trump official

CMU’s actions also highlight a discrepancy in the types of speech the university chooses to condone and condemn, Wenner and other faculty, staff and student signatories argue.

They cite the university’s handling of comments from Richard Grenell, a U.S. ambassador under former President Donald Trump whom the university hired as a one-year senior fellow in 2020. While he was with CMU, Grenell, who is white, peddled false claims of voter fraud during the 2020 election and referred to the coronavirus as “Chinese Flu.”

The university created committees to examine its hiring protocols and Grenell’s appointment in light of campus concerns. One committee found that CMU’s hiring was appropriate but should have involved more input, according to The Washington Post.

Then, in November 2020, CMU President Farnam Jahanian responded to a letter from 180 students and more than 30 campus organizations expressing concern over Grenell’s rhetoric by stating that it “would set a dangerous precedent” for the university to discipline him for exercising his free-speech rights “at a time when our democratic institutions are under attack.”

“This particular situation is more complicated than simply being open to a different perspective,” Jahanian said then. “Nonetheless, I still maintain that, in order to protect the free and open society we all cherish, we must lean into our democratic values to respond to these tensions — as uncomfortable as that sometimes feels.”

Excerpt from a letter from faculty and staff at CMU expressing support for Professor Uju Anya. This letter had 110 signatures as of late Monday.

CMU’s response to Grenell brings into question the sincerity of its efforts to foster a more diverse and inclusive campus, the more than 350 students and alumni who signed a separate letter to express solidarity with Anya assert. The signatories include students from Louisiana State University, New York University, the University of Costa Rica and the University of Ghana, among others around the country and world.

“If the university felt no need to distance itself from the false and racist tweets of Mr. Grenell that were under question, what criteria does Dr. Anya’s tweet fail to meet that demands such a response?” the letter reads. “Is her Blackness the distinguishing factor?”

CMU students created the letter collaboratively after seeing the lack of support and threats of violence Anya was receiving, said Catherine Evans, a second-year doctoral student at the university.

“I personally have just felt like the support from the school has just been non-existent,” Evans said. “It just feels like it was really throwing her out to the wolves in a lot of ways.”

Jonathan Aldrich, a professor, petition signatory and member of the university’s Commission on Academic Freedom and Freedom of Expression, said the university could’ve acknowledged that an individual faculty member’s views don’t represent the institution without criticizing their speech.

“I think that would have been the response that would have, first of all, been more consistent with principles of freedom of expression and academic freedom, making sure we don’t criticize the speech of our faculty,” Aldrich said. “But also, it would have avoided kind of empowering the people who are attacking Professor Anya.”

He proposed that CMU create a policy for commenting on the speech of faculty, students and staff in which the university only provides a response if that speech explicitly violates university policy, is untruthful or makes other campus community members feel unwelcome.

Going forward, Ramachandran would like CMU to more clearly show that it will stand behind academic community members who face online backlash. They felt that Anya experienced particularly severe social media vitriol because she is a Black woman, and they were frightened by calls online for the university to fire her.

“I think that the university needs to, I guess, be cognizant of the dynamics that exist there,” Ramachandran said. “I would like to see them just very clearly stand in support of people who have been victims of colonial violence, being able to express their emotions about it.” 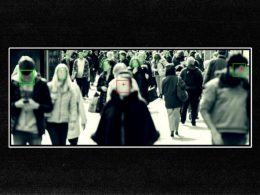