Fairness, race, and the battles over admissions

Since joining Open Campus about a year ago, I’ve interviewed scholars, researchers, students, and educators about how racial inequities limit who can access college and the barriers students of color face, even after they enroll.

On Monday, the U.S. Supreme Court will consider how much race can play a role in college admissions. (Arguments in the cases, involving Students for Fair Admissions, Harvard University, and the University of North Carolina at Chapel Hill, start at 10 a.m. Eastern.)

As arguments near, I’ve been thinking a lot about why they matter, and reflecting on my reporting. A handful of states have already banned consideration of race in public university admissions.

But the verdict will serve as a political bellwether, at a time when a majority of Americans oppose race-conscious admissions, according to a recent study from the Washington Post.

The justices’ ruling will indicate what, if anything, they think should be done to remedy the historical inequities facing non-white students.

“When you think of admissions, people tend to prefer it to be fair. People want college to be based on merit. Any mention of type of preference — whether it is race or legacy or athletics — will not bode well with Americans,” Sophie Nguyen, a senior policy analyst at the public policy think tank New America, told me this week.

Nguyen has studied college admissions and perceptions of higher education.

In her work, she has also found support for affirmative-action bans. Even so, she added that colleges should strive to have an admissions process that is not reflective of only public opinion.

“We know that this may not be preferable among a lot of Americans but we know that with affirmative action, we have a more diverse population of students,” she said.

For me, it all comes back to access — to quality education, to wealth and resources, to institutional knowledge to make informed decisions, and to mentors and job opportunities.

And this is an idea I am going to be exploring more in the future: Watch out for my forthcoming story on how the pandemic shaped education plans for Black and Latino men after high school. And I’m still looking for more students to talk to, so if that’s you, or if you have connections, please reach out! I’d love to hear from you.

I, along with my colleagues in Open Campus’s network of local reporters, have been covering the barriers to access many students of color face.

Disparities in the Midwest

Amy Morona, for Crain’s Cleveland Business, looked at the demographics of college students in Chicago, Cleveland, and Detroit and found broad disparities. Black students are underrepresented at top colleges and overrepresented at for-profit institutions.

In each of the counties that house Chicago, Cleveland, and Detroit, the rates of white people with bachelor’s degrees are more than double the number of Black Americans with those same credentials.

“These systems were created to keep people of color out, so I think we have to shift our paradigm,” Ryan Fewins-Bliss, the executive director of the Michigan College Access Network, told Amy.

“We think about it as like the system is failing, when actually the system is really, really successful because it was designed to keep these people out. And it’s keeping them out.”

In Colorado, fewer than half of Hispanic high school graduates go to college, despite the state having one of the most highly educated populations. For Chalkbeat Colorado, Jason Gonzales explored how Hispanic men have in particular become an afterthought.

“I don’t think that it’s been a focus,” said Wil Del Pilar, Education Trust vice president of higher education policy. “If you’re not represented at the table or pushing folks to think about this population of students, then I think that they often get forgotten.”

From money to lack of resources, the path to college for students of color is full of challenges, he found through his reporting, which followed two Hispanic brothers. They both wanted to go to college, but only one made it.

When I reported on merit aid programs in the South last May, I was curious about this idea of the “best and the brightest.”

Attaching merit to a financial aid program attaches wealth and access. States like Georgia or Florida or Louisiana shifted towards a merit-based model for college scholarships and for generations, white and wealthy students benefited the most.

Part of the reason is because the focus on individual merit ignores historical inequalities, Jennifer Lee at the Georgia Budget & Policy Institute told me. Merit aid programs don’t reflect the years of discrimination in housing, employment and the financial sector that has led the country to huge racial wealth gaps, Lee said.

Jacquelyn Elias and Nick Perez at The Chronicle dug into data among states with bans on race-conscious admissions.

The University of California has spent years looking for ways to increase racial diversity on its campuses — yet continues to see enrollment gaps for Black, Native American and Latinx students. Michael Burke at Ed Source reports on the system’s efforts and what the affirmative-action cases could mean.

And, Jill Barshay at The Hechinger Report looked at why elite colleges love legacy admissions. 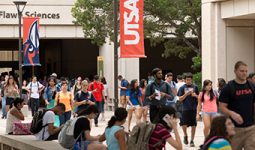 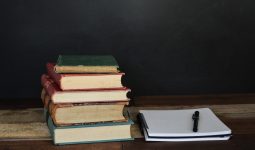 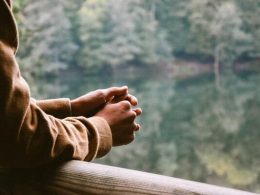 The treatment gap has widened for students of color, who are less likely than their white counterparts to access health services. 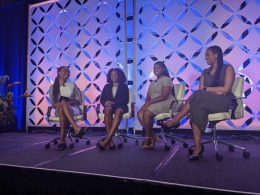 They need more help with financial literacy, when situations change, and with life outside of school.