The weekly Hillbilly Hoedown is about to begin when I arrive at the Alleghany Jubilee, a restored theater hosting tonight’s mountain-music dancing in Sparta, N.C.

Residents’ ears perk up when I mention that I’m an education reporter, and soon hands are a flyin’ as I try to shake each of them. I’m here to talk to them about their perception of higher education, as part of a broader reporting trip exploring the ties between college degrees and partisanship — more on that later.

“My dad was a professor at N.C. State,” Karen Ferrell says, before bragging about the quality of the local high school and the fact that not one, but two, entomologists come to the dance each week — not that their degrees make much of a difference to her.

“The neat thing about this group is that everybody is equal. Everybody dances with everybody.”

Karen introduces me to Jean Osborn, who remembers a past economic development meeting — she’s unsure if it was years, or decades, ago — in which a local official diagnosed why they couldn’t get high-paying jobs in Alleghany County.

“They just made it plain and simple: The people weren’t educated enough,” Jean says. Fewer than 17% of Alleghany adults over 25 have a bachelor’s degree today. “Now doesn’t that tell you how important an education is?”

Suddenly the mountain music is in full swing, and most of these hillbillies are too busy clogging to be talking. Watching from the sidelines is Charlie White, who served as a president and professor at various community colleges in nearby southwest Virginia over the last 45 years.

“Everybody wants to go to Virginia Tech, Emory University, or University of Tennessee, but it doesn’t make a damn where you go those first two years,” Charlie says. “I think everybody ought to start at community college, because you can get used to higher ed.”

The quality of professors and the ability to directly route students directly into good jobs have improved the value of community colleges in the last few decades, says Charlie, whose oldest son attended New River Community College in Virginia.

The conversation ends after I’m whisked away by another local, who insists I dance with her, since Charlie won’t. Night blurs into morning. Soon I’m eating breakfast at Becca’s Backwoods Bean Coffee Shop on Main Street, where I run into the directors of the Alleghany Education Foundation.

Since its founding in 1985, the foundation has raised millions of dollars for students — with many of the community’s older residents creating their own scholarships managed by the nonprofit as well — an impressive amount for a county with fewer than 12,000 residents.

The foundation gave out $150,000 last year, making sure each of the county’s 57 graduates who were pursuing a postsecondary education received a scholarship. About 30 of those students went to four-year universities, but the scholarships cover a range of pathways, including community colleges and credential programs.

While they support the education dreams of the community’s young, bright students, the community’s elders are well aware that Alleghany still needs better jobs to give them a reason to return.

“We hand out all those scholarships,” Jean told me at the dance. “But it’s very seldom those students will come back here. There’s nothing for them here.”

“Regional public universities improved the fraction of children in the county who are employed in their mid-30s as well as their income percentiles, with effects concentrated among children from lower-income families,” Co-author Greg Howard, an economics professor, said.

I visited Alleghany County last week as part of an upcoming story I’m writing about the midterm elections, and the connection between educational attainment rates and partisan affiliation.

Here are three of the lessons I learned.

Degrees may be the new dividing line in American politics.

The High Country, the seven-county region in the Appalachian stretch of western North Carolina, is a fascinating microcosm of this new divide. In the last two decades, Watauga County, home to the city of Boone and Appalachian State University, saw its bachelor degree attainment rates soar above the national average.

Watauga County used to vote in line with the region’s rural counties, joining Ashe and Alleghany in backing George W. Bush in the 2000 presidential election. The county flipped in 2020, supporting Democrat Joe Biden by an 8-point margin.

In that same time period, Ashe and Alleghany Counties saw slight gains in the attainment rate, but in both counties it remained under 20% in 2020, when the county backed Donald Trump.

Remote jobs are coming, at least in Alleghany

The expansion of remote jobs has allowed Alleghany County residents to begin to move past the area’s historic economic drivers — such as health care, retail, and construction — into other careers.

The regional nonprofit NC Tech Paths has placed 24 local residents in tech support and software jobs, where they earned an average of 70%more than they did in their previous jobs.

Some of those jobs require two-year programs, others, shorter-term certificates and training.

Either way, they are well worth the upfront investment: The average tech job pays $88,000 nationally, says Zack Barricklow, the nonprofit’s executive director, more than double the median income in Alleghany.

Rural areas are not as skeptical of universities as people may think.

Despite some national narratives, not a single person I interviewed in Alleghany suggested that they had any animosity toward four-year programs, nor did they ever mention fears of universities corrupting their youth with liberal ideologies.

However, it was also clear that folks in Alleghany don’t see a bachelor’s degree as the only path for success — and for good reason.

Yes, a degree has been shown to increase one’s lifetime earnings on average. However, rural students are more likely to drop out after their first year than their suburban and urban counterparts, making attending a university a riskier proposition.

Most flagship institutions are still grappling with how to treat rural students, and few have tailored their outreach or services to the unique needs facing the demographic, which is disproportionately made up of first generation and low-income students.

Many locals mentioned seeing some of their best students struggle to acclimate to a university, coming back debt-ridden and demoralized. As a result, students increasingly gravitate to community colleges that can offer more direct paths to paying work, such as manufacturing and welding.

If this reporting is meaningful to you, please consider donating to Open Campus. You can also help by sharing this newsletter with your friends. They can sign up for their own copy here. 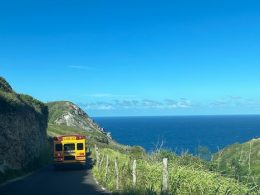 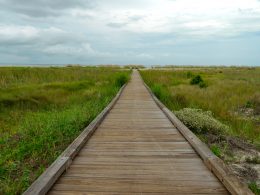 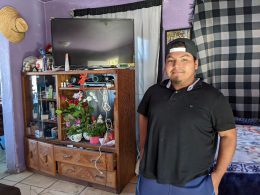 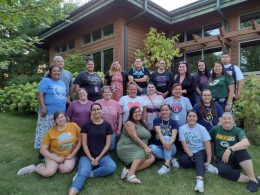