byCharlotte West
Bill Keller is the former executive editor of the New York Times and founding editor of the Marshall Project. His new book, “What’s Prison For?”, came out in October. Photo courtesy of Columbia Global Reports.

A biweekly newsletter about the future of postsecondary education in prisons. Written by Open Campus national reporter Charlotte West.

As a nonprofit newsroom, we rely on grants and donations to keep bringing you news about prison education and sending the print edition of this newsletter to more than 700 incarcerated readers.

Here’s what a few of them had to say:

Until Dec. 31, NewsMatch will double your new monthly donation 12x or match your one-time gift, up to $1,000. If you would like to help me continue to do this work, please donate here.

Q&A with Bill Keller on the purpose of prison

For this issue of College Inside, I interviewed Bill Keller, former executive editor of the New York Times and founding editor of the Marshall Project, about his new book, “What’s Prison For?”. In the book, which came out in early October, Keller delves into the tension between punishment and rehabilitation in the U.S. prison system. Looking at rehabilitative efforts such as college-in-prison initiatives and other skill-building programs, Keller reports on innovative solutions in small pockets of the prison system that offer a glimpse of what the future could look like.

Charlotte West: You chronicle some of the shifts in attitudes towards criminal justice reform, becoming more punitive and then shifting back to more rehabilitative. One of the most recent examples of the focus on rehabilitation is the reinstatement of Pell Grants for people in prison. I’ve talked to advocates who are worried that there’s a very narrow window to prove that it works. What’s your take on that? Do you see a shift back towards more punitive approaches?

Bill Keller: In voting to restore Pell Grants for incarcerated students, Congress prescribed more rigorous vetting and tracking of the programs eligible for Pell money…You can’t rule out the possibility that these quality-control hurdles will just become an excuse to say no. Whatever the outcome, restoration of Pell Grants is a big deal. It sends a message that education of the incarcerated is not just humane but good for public safety.

How did your own experience teaching writing in prison inform your reporting for the book?

My class at Sing Sing — which ran into the pandemic lockdown after four weeks — probably had a stronger effect on me than on the students. It left a swirl of impressions. I’ll cite two. First, as I note in my book, their first writing assignments underscored the experience of early trauma that shaped, or misshaped, their lives, and helped explain — not excuse, but explain — what brought them to prison. Second, my class consisted of “alumni,” prisoners who had already earned at least one college degree behind bars. They had accomplishments and aspirations, a sense of purpose and maturity, which reinforced my lament about prison. It wastes so much human potential. I hope to teach again in the winter.

A paper form for forgiveness is here…but it doesn’t work for incarcerated borrowers.

Federal Student Aid finally published a paper form for student loan forgiveness, in English and Spanish. The website says the form is intended for people who have limited internet access. It’s unclear if that means incarcerated borrowers. I called the Education Department for clarification when I saw the form, but they declined to provide immediate comment. I’ll keep asking.

A few barriers stood out to me with the current form: It requires information that incarcerated borrowers don’t have, like a phone number and email address. And, it does not ask for the applicant’s physical mailing address. It provides a postal address to submit the form, but does not explain how the department will communicate with borrowers to confirm that their loans have been forgiven or if they need to provide additional information. The paper form appears to ask for the exact same information as the online application that launched in October.

As I’ve reported before, people in prison are generally unable to call the 1-800 numbers for the FSA Info Center or the Student Loan Debt Resolution Center to find out information about their loans. So right now, the Education Department has published a paper form for people who have limited access to the internet that requires…access to the internet.

Update as of Nov 3: Guidance from experts working in the higher ed in prison field is that people write onto the form a mailing address where the Education Department can send information back to them. If someone doesn’t have an email or phone, they can leave those blank. “Discussions are underway about how to modify the form to work for people who will be completing a hard copy version,” Margaret diZerega said on LinkedIn.

The final rules for Pell Grants in prison

Last week, the Education Department published the final regulations that will govern the implementation of Pell Grants for people in prison starting in July 2023. The regulations outline what colleges that want to offer prison education will need to do to use Pell Grant funds and what data they’ll have to report to the Education Department to assist in assessing programs.

Margaret diZerega, director of the Unlocking Potential initiative at the nonprofit Vera Institute of Justice, said that one of the biggest goals of the Pell regulations is ensuring that prison education programs are of comparable quality to what is offered on their main campuses.

“One of the benefits of these programs having access to Pell is that there are expectations that come along with someone using their Pell eligibility to go to college, things like academic advising, career services and library resources,” she said. “Going through this particular funding mechanism, as opposed to it being strictly through philanthropy, obligates the college…to be thinking about how do they appropriately staff these programs, how do they bring in the right level of financial aid support, etc.”

The role of correctional agencies in determining whether or not a program was operating in the best interest of students and what metrics would be used in program evaluation were some of the biggest concerns commenters raised in the lead up to the rules. Commenters stressed that correctional agencies, in their role as “oversight entities”, might lack expertise and capacity.

Here are three ways the Education Department addressed public comment on the rules:

The Department noted that it does not have the authority to regulate a college’s admissions requirements or how a correctional agency restricts enrollment in postsecondary programs.

diZerega said that broadened access to higher education in prison will hopefully alleviate some of the previous restrictions. “It was such a huge win that when Pell reinstatement passed at the end of 2020 that it was going to be applicable to all people in prison, regardless of sentence length or conviction type,” she said. “When programs are in scarce supply, corrections departments have choices to make about who gets access to the program.”

But hopefully, she said, as prison education programs become more widely available, a broader array of people will get access.

The Department confirmed that Pell Grants can be used for correspondence courses but said that colleges offering print-based courses will have to follow the same approval process as other programs. “We seek to hold all programs accountable to the standards outlined in these final regulations, regardless of the method of delivery,” it wrote.

The department is creating a web page for resources and guidance about prison education programs, and opened an email address, pep@ed.gov, for people working with these programs to send questions.

++ Round-up from the 2022 National Conference for Higher Education in Prison, including comments on Pell from Education Department officials.

++ Who has been participating in Second Chance Pell?

Please connect if you have story ideas or just want to share your experience with prison education programs as a student or educator. You can always reach me at charlotte@opencampusmedia.org or on Twitter at @szarlotka. To reach me via snail mail, you can write to: Open Campus Media, 2460 17th Avenue #1015, Santa Cruz, CA 95062.

We know that not everyone has access to email, so if you’d like to have a print copy College Inside sent to an incarcerated friend or family member, you can sign them up here. We also publish the PDFs of our print newsletter on the Open Campus website. There is no cost to subscribe to the print edition of College Inside. 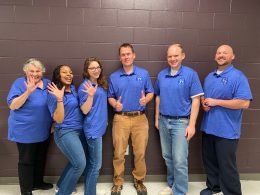 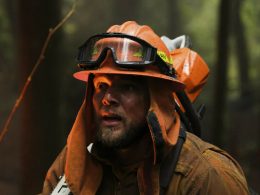 The firehouse behind prison walls

A new report explores both the rehabilitative and exploitative aspects of California’s fire camp system.