This group tends to struggle in the job market and in repaying their student loans. Beyond colleges, states and employers also increasingly have a vested interest in encouraging the estimated 39M Americans with some college but no degree to find their way back to education and job training.

The Institute for Higher Education Policy has been a pioneer in this work, including through a project with 200 colleges across 23 states to re-engage students and help them cross the finish line. Community colleges in North Carolina have had success with a similar project aimed at returning adult students. And a group of four-year universities and community colleges in Northeast Ohio is wiping out up to $5K of institutional debt held by students to encourage them to return to college.

Getting stopped-out students to give college another whirl is no easy task, in part because most of them have had negative experiences with education. Likewise, Encoura reports that the some-college-no-degree crowd is more worried about how to pay for programs than their peers, while also being more sensitive to how long it will take to earn a postsecondary credential.

“The fact is that many adult learners or learners with some college and no credential simply don’t feel like higher education is for them,” says Terah Crews, the CEO of ReUp Education, who left high school early and later attended college as a first-generation student. “I understand what it’s like to be the only person over 22 in a classroom.”

ReUp has become a player in the adult student recruiting space. Since its creation in 2015, the company has re-enrolled 21,500 students. For example, ReUp helped Michigan’s Kalamazoo Valley Community College more than double its student return rate, successfully bringing back 800 students who stopped out.

The company recruits learners from a database of 500K+ former students who left college without credentials. ReUp developed that list from its work with more than 50 college and university partners.

“We’re certainly seeing growing interest in short-term programs that allow for really thoughtful skill development, which in some cases can lead to the completion of a degree in the future,” she says. “We’re working to build partnerships with states, institutions, and other alternative programs that will help create an ecosystem of opportunity for learners.”

The company says it uses a multifaceted approach to help learners find the right credential or degree program. First, ReUp uses patented technology to identify learners who may be interested in returning to college. It then works with prospective students to review their educational and career goals, while being realistic about the barriers they will face along the way.

Creating a sense of belonging and a personal connection can be as important as academics when re-engaging students, says Crews.

“When we start positioning the learner at the center of all these discussions, it becomes much easier to align the needs of a learner with the opportunities of an institution, creating an effectively seamless alignment around the ultimate goal: learner success.”

ReUp pairs students it successfully recruits with coaches and a support system that helps them from enrollment to graduation. By acting as a broker for students, Crews says, ReUp puts their interests first in thinking about which programs will help them most.

The shake-ups to higher education and the job market have opened up different possible applications of ReUp’s services, Crews says.

“We are finding that as we focus more and more on understanding and championing the learner,” she says, “the states, institutions, and systems who align with that vision are raising their hands to work with us.”

Tuition-free scholarship programs in some cases have slowed, or even reversed, recent enrollment slides at community colleges. For example, fall enrollment is up 12% across Maine’s community colleges. System officials say the state’s free college scholarship, which more than a third of this year’s class is eligible to receive, helped turn the tide.

At least three city-based “promise” scholarship programs have broadened their focus beyond traditional degrees and are now including funding for apprenticeships. Elin Johnson reports for Work Shift on these shifts by the Kalamazoo Promise, Say Yes Buffalo, and Birmingham Promise.

The goal with expanding scholarships is to give students in these cities more ways to get a good job right after high school, while ensuring that they can simultaneously earn a degree or certificate, or are set up to pursue one later.

Adding youth apprenticeships to the mix was about responding to the needs of students, says David Rust, CEO of Say Yes Buffalo, which was created 11 years ago to provide college scholarships to every graduate of the city’s public and charter schools.

Members of the nonprofit group’s first cohort of youth apprentices are working with six local employers, including M&T Bank, Wegmans, Moog, and Harmac. After they complete the three-year apprenticeships, students will have earned a certificate or two-year degree and can expect to land a full-time job that pays around $45K a year.

Expanding beyond college, ‘promise’ scholarships roll out youth apprenticeships — workshift.opencampusmedia.org
These city-level pioneers in expanding college access are now taking a broader view of what it takes to improve economic mobility.

President Biden yesterday announced commitments from 350 organizations and $70M in new philanthropic investments as part of the Talent Pipeline Challenge the administration issued over the summer.

The program focuses on public-private partnerships to train workers for “good jobs” in the broadband, construction, and electric vehicle sectors. It prioritizes initiatives designed to increase access to those jobs for women, people of color, and underserved workers.

Philanthropies have come forward with more than $50M in funding to bolster those efforts. Three organizations—America Achieves, the What Works Plus Collaborative, and the Families and Workers Fund—have said they will secure an additional $20M.

As part of that work, America Achieves and the What Works Plus Collaborative are launching the Catalyze Registry, a hub and matchmaking service that will connect local talent pipeline efforts with foundations and other nonprofits that might fund the projects.

Some winners of new federal workforce grants, such as the Good Jobs Challenge, will receive significant funding but still face a gap, including for student support services, says Jon Schnur, CEO of America Achieves.

For example, he says a “$2M grant for wraparound supports could leverage other public funds and help high-need individuals benefit from a training system mostly financed with public funding.”

In addition, applicants that didn’t get a federal grant could benefit from philanthropic support to prepare a local coalition for the next relevant competition. And Schnur says the highest-need communities often have the least access to those kinds of resources.

The registry’s focus for now will be large-scale projects that have applied for federal grants related to quality infrastructure jobs. The groups will look for proposals with core elements needed for success, he says, including clearly defined outcomes, a central focus on equity, and a strong trusted local hub or intermediary that pulls together employers, training and education providers, labor groups, and others.

“The registry will be a one-stop source of information for philanthropic organizations looking to connect with local and regional initiatives that are applying for funding from various public programs,” Schnur wrote.

Indiana is considering a new performance-based funding model that would allow for individualized goals for public colleges and universities, rather than measuring all institutions against a standard set of metrics, as they are now, the Indiana Capital Chronicle reports. The proposed funding formula’s systemwide goals include a focus on quality and career relevance and would give extra consideration to in-demand industries.

The National Student Clearinghouse has partnered with OneTen, a coalition that seeks to close the opportunity gap for Black talent. The clearinghouse will work with colleges and universities within specific metropolitan regions to help identify former students who self-reported as Black and lack a four-year degree. OneTen will seek to help advance employment opportunities for these former students.

Strong demand for microcredentials on Coursera, particularly entry-level professional certificates, drove a 17% increase in the online platform’s third-quarter revenue compared to a year ago. Coursera now offers 27 of those certificates, with eight more coming. “The way that people learn and the credentials that matter to employers are going to broaden,” Jeff Maggioncalda, Coursera’s CEO, said during an earnings call.

College enrollment rates declined for students who graduated high school last year, despite widely held expectations they would recover, according to new data from the National Student Clearinghouse Research Center. Decreases occurred at schools regardless of poverty levels. But graduates of higher-income or low-poverty schools were more likely to enroll immediately than students from low-income or high-poverty schools.

While high school and college-age students are more aware of community colleges and jobs in the skilled trades, and they do not harbor negative feelings about those paths, they still generally plan to go the four-year college route and pursue careers more commonly associated with a bachelor’s degree, according to a survey conducted by Tallo and Lightcast. Fully 90% of respondents said they want to earn at least a four-year degree.

Youngstown State University and Foxconn plan to build a national electric vehicle workforce training and innovation center. The training facility will be near Lordstown, Ohio, where Foxconn owns a factory for electric vehicle manufacturing. The university said the center, which will leverage private funding from GM and Ultium Cells, will encourage the adoption of registered apprenticeships and stackable industry credentials.

Barriers that stand in the way of competency-based education’s expansion include policy and regulation, institutional structures, and how education is incentivized and funded, according to a report from the Competency-Based Education Network. The report features state and federal policy recommendations, such as making changes to state financial aid and funding formulas to accommodate competencies.

A recently created guide to online career pathways from the Jewish Community Council of Greater Coney Island seeks to help people make the right decisions about skills training programs. The guide is part of a workforce program that is designed to help historically underserved communities in Brooklyn and Queens, New York. It features self-paced and low-cost tech and healthcare certifications and other career skills tracks.

Thanks for reading. Let me know what I’m missing? —@paulfain 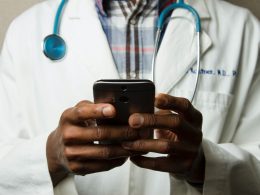 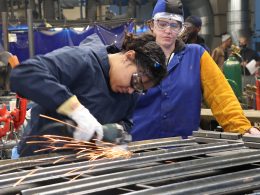 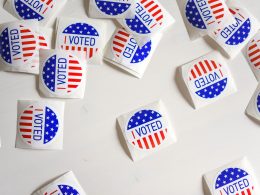 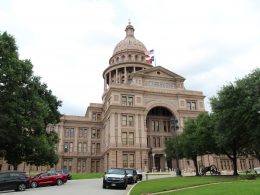