Six student fellows from historically Black colleges and universities across the country will be part of the first class of the new Open Campus HBCU Student Journalism Network.

Through the paid reporting fellowship, these students will cover their campuses for regional and national audiences while exploring the trends affecting the entire sector. They also will participate in professional training and networking.

The fellows, who were chosen from a group of 60 applicants, will start in January. They are:

The fellows will report on all aspects of historically Black colleges and universities. Among the topics they said they are most excited to cover are funding and enrollment trends, campus arts and sports cultures, and students’ and colleges’ roles in social justice.

“I am always trying to get better at using my voice effectively so I can use it to bring awareness to issues in the Black community,” Stephens wrote in her fellowship application, saying the program would give her experience, a platform, and guidance. “Highlighting what goes on in the HBCU community is a great start since there isn’t much coverage around HBCUs.”

Williams said the fellowship would help her tell the stories of her peers. And, she added, “I believe that mainstream media has a blindspot when it comes to sharing positive Black news.”

Open Campus is partnering with Jarrett Carter Sr., a veteran journalist and the founder of HBCU Digest, to create the HBCU Student Journalism Network. He serves as the network’s editorial director. Wesley Wright, assistant director of student media at Florida Atlantic University and a former education journalist, is the assistant editor.

The project is supported by the John S. and James L. Knight Foundation, Carnegie Corporation of New York, Craig Newmark Philanthropies, and the Scripps Howard Fund.

Sign up for updates about the HBCU student network and to get stories from the fellows. Reach us at hbcu@opencampusmedia.org.

Founded in 2019, Open Campus is the only nonprofit news organization in the nation dedicated exclusively to higher education. It’s built on an innovative collaborative model, combining a national newsroom that knows higher ed deeply with local newsrooms that know their communities deeply. Open Campus has put local reporters on the higher-ed beat in partnerships with nine newsrooms around the country.

Caroline Hendrie, the former executive director of the Education Writers Association, and Abigail Seldin, the chief executive officer of the Seldin/Haring-Smith Foundation, have been elected to the expanded 7-member board. 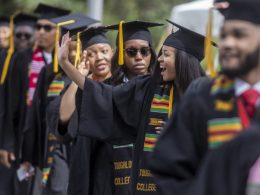 With support from major foundations, paid student fellows will get professional training while covering the sector for regional and national audiences.

LaSharah Bunting, Amy Kovac-Ashley, and Arlene Notoro Morgan will help guide the organization into its next stage of growth. 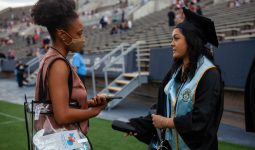 With the AJP grant, Open Campus will add positions on the revenue team and in operations to support its growing local reporting network.